I went exploring for good metro sunfish lakes. Living in the metro area, trophy sunfish is not something you will come across. I've never targeted sunfish specifically, especially bluegills. But there are a few lakes currently capable of producing a limit of 8" for those who wish to keep some. I didn't start my sunfish exploring until mid July. Was kinda preoccupied with other things(bass tournaments).

A few years ago on one of the tournament lakes I fished, I came across some deep… Continue

Going fishing with the wife

Hey guys today the wife and I are going fishing for bluegill at one of the ponds in her parents subdivision.  We have fished there a few times before but have never really caught a large amount of fish there, but we have not ever fished the whole lake very thorough.  We have always fished a point in the lake that I knew we would get bites just to make sure that my wife stay interested in fishing.  She gets bored very easily so it is best to put…

As we close out what I consider to be peak on the Albemarle region of coastal North Carolina for Bluegill fishing, I wanted to take a glance back over the last three months and see how things went. Here's what I discovered for 2016:

THE HUNT FOR ALABAMA BLUEGILL DAY #4

Ok guys here is pond number four this week, I kind of took it easy and went to a friends house to hang out and fish a little bit after work. The pond is located in Liberty Park subdivision and the GPS coordinates are  33°29'23.92"N,  86°39'39.81"W. Just keep in mind that this is a private pond for residents and guests. Hear is a shot of what the lake looks like.… 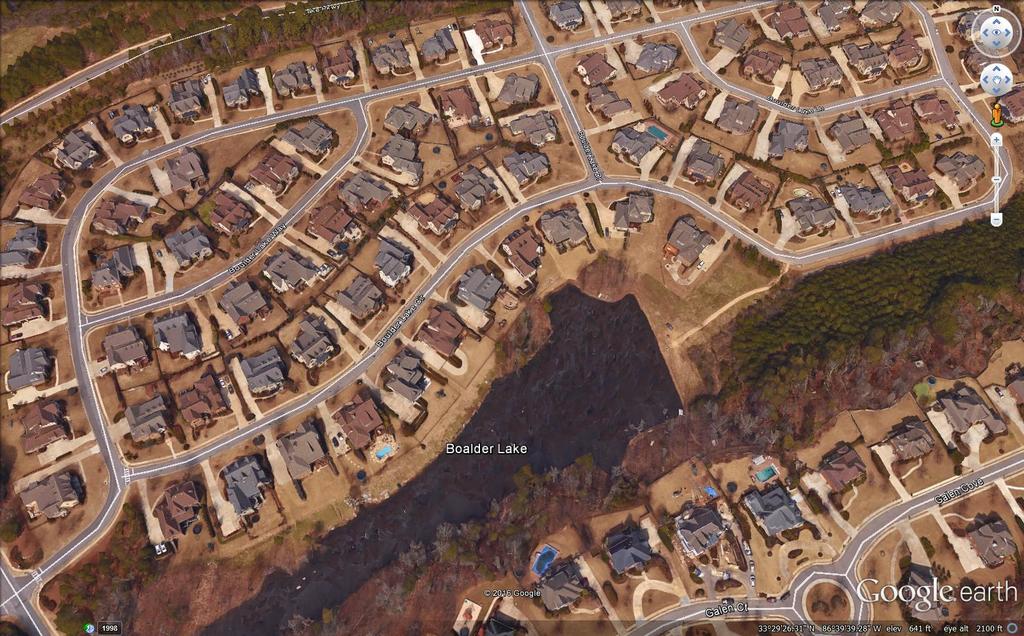 THE HUNT FOR ALABAMA BLUEGILL DAY #3

Today was a very cool day for July in Alabama.  I was not able to co fish this morning before work, but I was lucky and able to fish for a few hours this afternoon after work.  So I went to Old Camp Crosby Lake to try to catch a few fish.  This lake I have found very hard to fish since it is so heavily fished.  All that I have ever caught here is a bunch of  2 to 3 inch bluegill and bass, but today I found out that a Shakespeare ultra light rod and reel with 4 lb…

THE HUNT FOR ALABAMA BLUEGILL day #2

Today I went to another pond on the same road that was only about 200 yards from the one that I fished yesterday. I was at least able to catch a few fish in this pond, but they…

THE HUNT FOR ALABAMA BLUEGILL day #1

The official hunt for Bluegill here in Birmingham, AL starts in the morning. I will be getting up and going and trying a local pond that is a few blocks from my house.  I am going to be bank fishing for the rest of the summer most likely but I am currently looking to purchase a kayak that way I can go almost anywhere. This is the pond that I…

I moved to Dallas / Fort Worth Texas from San Diego Ca. about a year ago. I would like to know what lakes near me would hold

decent size Blue Gil. I purchased a 14.5" Lund and belong to all of the State Parks in Texas. This all sounds great but there is a lot of lakes,rivers, and streams in this area. Can someone point me in the right direction.

The Hunt for Alabama Bluegill

Hey guys I have just gotten back into fishing about two weeks ago because a friend had invited me to go with him one day.  My wife said that might have been a big mistake because since then I have bought four rod and reals and a lot of tackle and go fishing almost every morning before work.  I have always loved to fish for bluegill and crappie because they are so much fun to catch and my mom and now my wife love to eat them.  That being said I have never fished in Alabama before two…

Bluegill fishing in Minnesota has been off to a great start! We started off in May during the pre spawn period searching for northern giants on the edges of hard stem bulrushes. Anything that featured green cabbage adjacent to the rushes and contained a steep break-line with deep water access seemed to be the ticket. The key has been patterns not spots as fish location has been changing on a weekly basis, but the patterns have remained consistent. Last week, the first full moon in June, just…

Anyone Using A Float Tube?

I have had back problems for awhile now and had back surgery earlier this year. This has limited what I can lift to 25 lbs ...that is unless I want to screw it up more and have to have the disk fused. Not what i want to do. Anyway I can't really get my kayaks to the water right now, vehicle issues, but even if I could lifting them is out of the question. Working on a trailer build that will help some.
Ok back to the reason for this post...I was wondering if anyone is…

Wow a nother first act a 2nd caught a bluegill in Maine, I wonder how it migrated up here , I caught him on my Badger classic tenkara rod, the first cast I was using a pink bead SRW

just returned from flyfishing for 'gills at Richmond Mill Lake and Kingfisher Society Lodge in Laurel Hill, NC.  I did not know bluegills got this huge.  despite the cool and misty weather that drove them off their beds, we caught lots of large bream on poppers.  our largest was 2.2 pounds on a bocagrip.  most were at least 1.5 pounds.  Worth a trip for biggies!  jfs 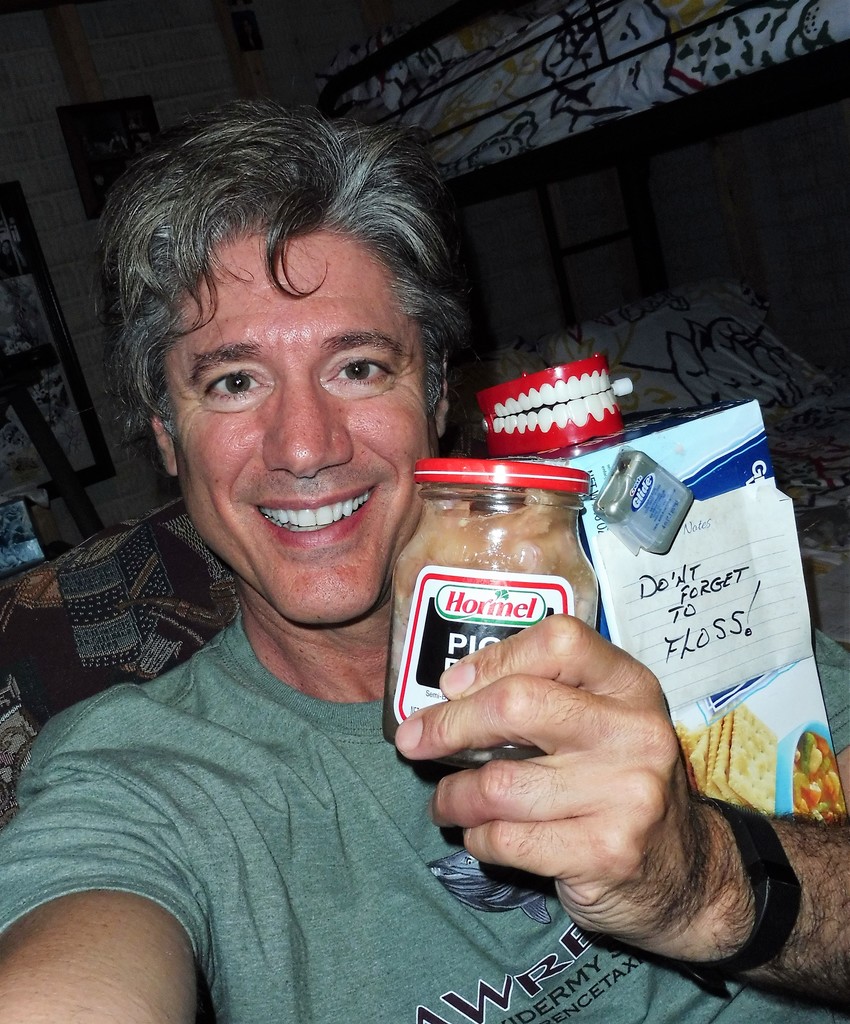 First of all there were saltine crackers.  Always good for someone like me who likes to talk too much.  A…

Hope for a good fishing year

Well, I made it back to Big Bluegill! Last year I just didn't have much time to fish due to other obligations. This year should be different though! Wishing everyone a great season!

Good morning and Happy Easter everyone! I recently was blessed to be buy a new home with a 1/2 acre pond. The pond was well cared for and in good shape. The pond has a few catfish, lots of bass, a few big hybrid bream, and I recently introduced 500 copper nose bluegill, and 50 red ears. What is the best food to ensure these little guys grow up to be trophy bream?

Excellent article in the new Panfish guide by In-Fisherman

Also has another article about "Bulls across America". Very good also.

Jeffrey D. Abney replied to Bruce Tomaselli's discussion Locating Bluegills in Summer
"Water temperature is one of the most important factors to successful fishing……in my…"
18 hours ago