Taking out bluegill 2 at a time

Next time if you ever find your self catching a lot of bluegill in a very short amount of time try putting 3 hooks at once. The set up i do is i have a small bass sinker at the bottom. USing 6 pound test line, then about 12" up i have a #10 hook then 7" up another # 10 hook then another 7" up i tie another hook on. Baited with wax worms. Sometimes i catch a fish on all three of my hooks but that is kind of hard to reel in with 3 different gill swimmin in different directions.

Hey has anyone caught any bluegills on some intereesting baits. I caught a bluegill on a Crunch bar wrapper once before. and i caught one on accident i hooked it on the fin. One time i even caught a spinnerbait that someone lost in the water.

Today i went fishing and my friend and i caught 41 fish. mostly bluegills. on just wax worms on size 10 hook. We also caught the biggest one with a crappy little jig that you find in like the children's fishing kit.

Bluegills by the hundreds

In Puttingstone lake I sometimes catch bluegills in about 3 second to get a bit. Caught 157 bluegills there last year

where is American going these days 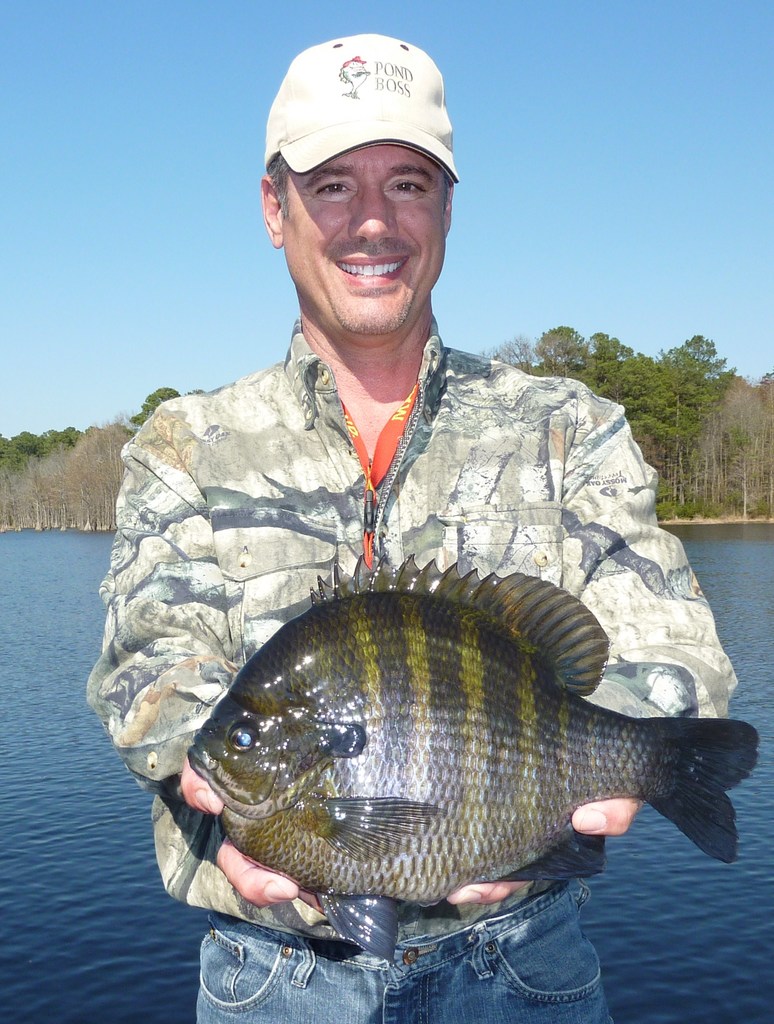 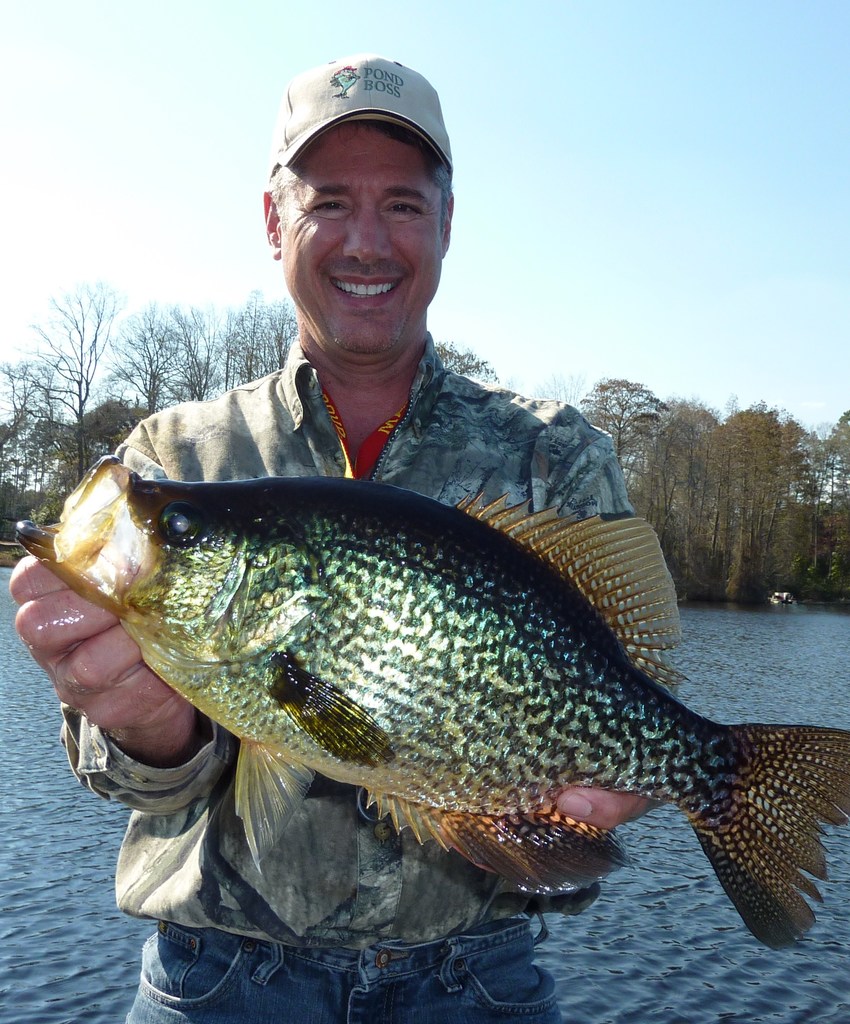 I got to do a spur of the moment trip to Richmond Mill to help Bob Lusk to stock some largemouth. Naturally I had to do a little fishing while I was there.… 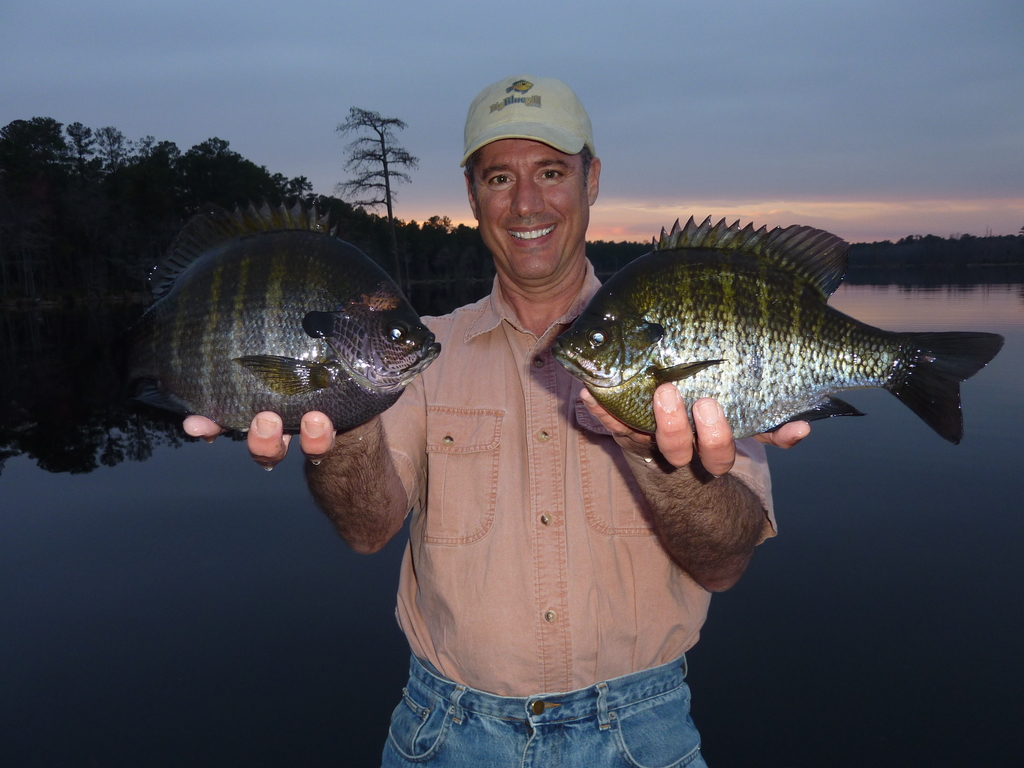 My partner got an invite on a Pond for Crappie.
33 BIG Blacks, All pushing 1 3/4 lb. No pics,But
I saw the Carcases. I had a good Fish for Gills
on one of my spots, nice fish. But Toads invite
and those Crappies I'm " Invyious " !
The pond owners a Basser. He lets them fish
The Crappies cuz he can't keep off his Big Bass
Spinner Baits........Wow Pond Management... U
Lucky Dog Toad. 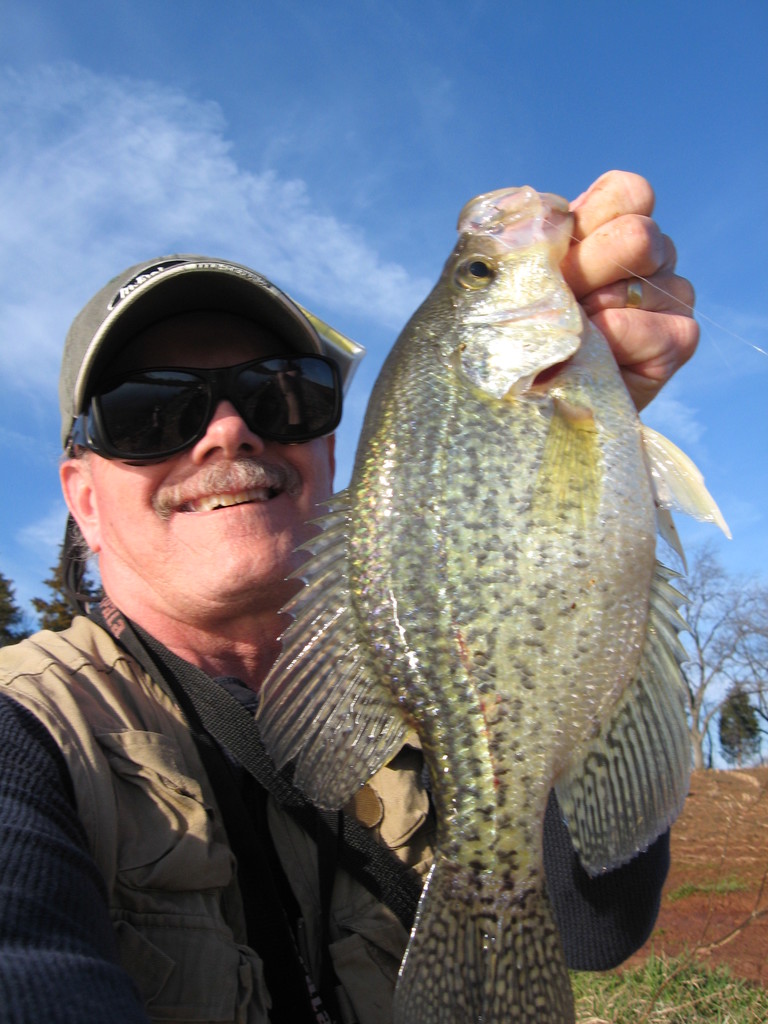 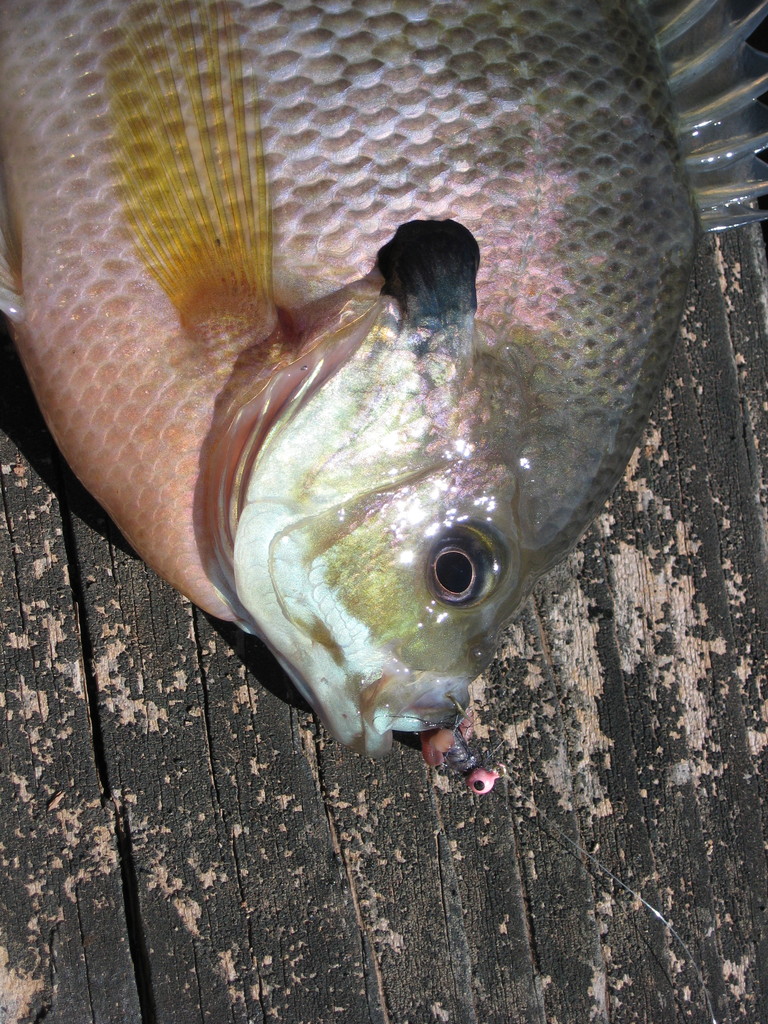 Hey People -Wanted to tell you all that the Green Sunfish and the Warmouth are both considered 'potentially dangerous' species in New Jersey.Was reading through the 2010 New Jersey Fish and Wildlife Digest and these two'criminals' were listed along with 8 others.According to the state because of their bigmouths they are too competitive to the other smaller mouthed native Sunfishes like Blue gills and Sunfish.The state wants anglers to kill these fish and send specimens into their…

Bruce Condello is the Man!

Here's a place to post photos of Fish caught with Bruce Condello.Hope this take's off 'cause I never fished with him but wish that I have .

I went out and caught some whites yesterday below clearwater. It was fast and furiuos for a little while. My first 6 casts i had 4 on the stringer.

Every so often I have a fishing trip that will remain in my memory for a long, long time. I can't say forever, as I haven't reached that stage in my life yet. I can remember unbelievable catch rate trips, first fish trips, and of course everyone remembers big fish trips. Today's trip doesn't fall into any of those trip types. In all actuality, the fishing was below average. The company however was top shelf material.

I was to meet an indivual I knew only through the www.…

There are so many trips that I run into an individual who looks down their nose and says, "Yeah, I like fishing for bluegill too when nothing else is biting."

Today, I was just waiting for that person to come along. I needed their help - badly. I needed someone, who believes that bluegill are so easy to catch, that pretty much anything will do.

This year holds our towns record snowfall already! And the biggest storm yet to come! i cant deal with it. But theres one goood thing Cabelas is having a huge sale! All rapala baits 25% off and baseball season is coming up. i havent been fishing since Novenmber and i got skunked so if anyone has good winter tips please help. Such as baits, techniques, and the places in a lake to fish in general.

I just mounted a boat seat on a base from an old office chair , with wheels. I hope I will like my idea. That will let me more mobile in the front of the boat. Who says you have to fish from one spot. I need a little exercise.