I am a flyrodder so live bait is not an option and began working on a sinking cricket pattern. Without much success.

I turned to another Cricket Man, the Cricketmiester, Bluegillboogieman from Alabama. We had discussions and asked him if he would send me pictures of cricket for a pattern. His quote "Cricket rule down south! I wouldn't be caught dead near the water without them." He is the Cricketmiester because he got them to pose for some SEXY pics. They can be seen on my wall of comments on page 2.

Zack Thomasson, from New Jersy started Bluegill Fly Tying, a forum for tiers to come together and share ideas and tips.

John Welch of Wisconsin, replied to this discussion with Skip Morris's "Morrisfoam Preditor". Finally found the fly with a little tweeking this could be it.

Jen of Oklahoma, came up with material suggestions and technical support.

The results were this 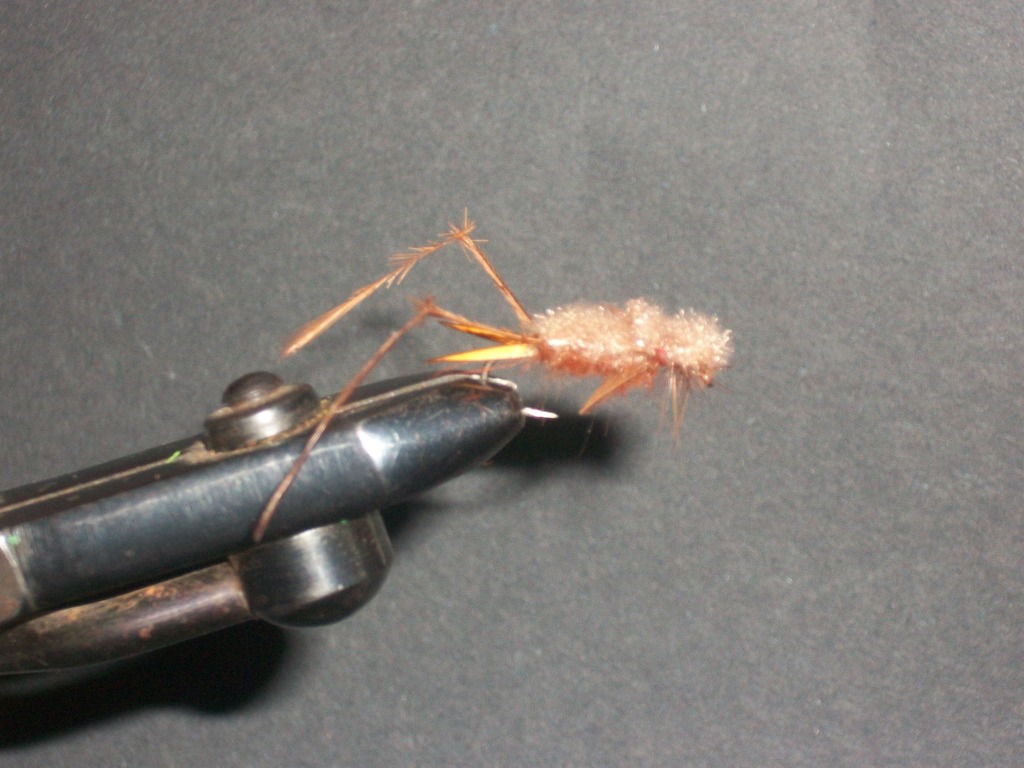 This is not a real pretty fly or even an original. I don't even know if it will catch fish, but it and the dozen or more prototypes will be hitting the water.

It was a group effort of 7 people from 7 states that have contibuted to this endevor an I thank you.

This is the best WEB SITE on the internet, with the best folk, who are willing to share ideas, tips and encourage us to catch more and bigger BLUEGILL.

Last but not least is to 2lbgill, Who inspired Bruce Condello to start this web. That gives us this forum, and new FRIENDS. Thank You!!!!!!

Dick, I thought the materials were on here!!!!!

back legs are brown saddle hackle trimmed and knoted!!!

body material was originally brown furry foam, but it was not very durable so I used brown felt sheets from H. L.

tied in and folded over brown dubbing and 2 or 3 wraps of brown saddle hackle for legs at the front just behind the head!!!!!

THANK YOU BIGBLUEGILL FOLKS FOR THIS ONE!!!!!!

Greg , I know  Boogie would be proud, but he would still have some smart remarkabout those fly flappein crickets you got there. 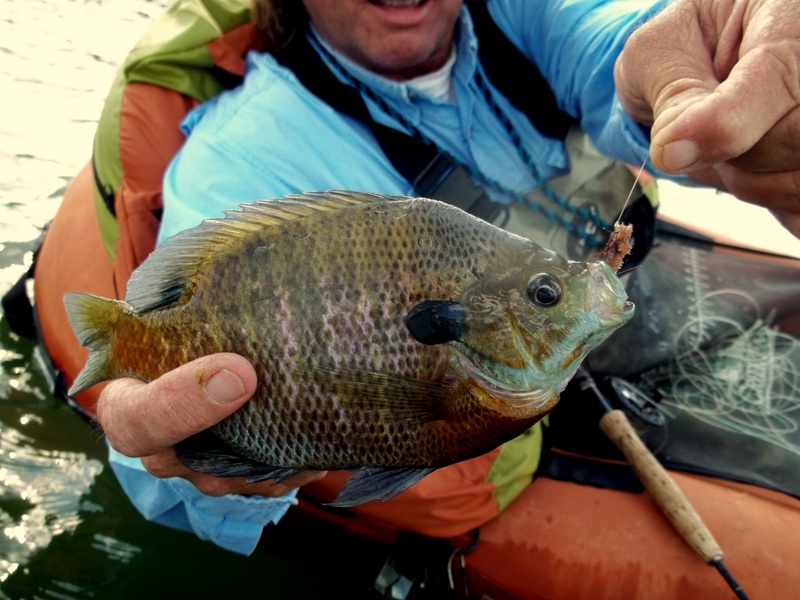 John Sheehan commented on Wade Jones's group Crappie Crew
"Hoping I can get some Slab Crappie before the years out. Spring and Summer yielded very…"
21 hours ago

"Thanks Jeff! We were told by several sources up there that we did well under tough conditions,…"
Sunday

"Thanks John…..looking forward to get back out after this storm settles down…."
Sunday

"Lunker! This year is the first use of the Ned rig for me . Got some smallmouth and Rock Bass and a…"
Sunday

John Sheehan commented on John Sheehan's group Multi Panfish
"I have thought "Jack Perch " to be a Southern term for Jumbo Yellow Perch but this week,…"
Saturday