I was honored recently when I was asked to submit an artical on taking weeds on a Fly Rod. Setting out on my task I arrived at a secret location where LARGE WEEDS were known to inhabit. Upon arrival I immediatly saw them surfacing in the shallows. They were taunting me.
With floating line, poppers, and small nymphs I carefully approached my target. Poppers were left untouched, but after I put on a small weighted nymph, things started to happen. But the Weeds taken were small. Not what I was looking for 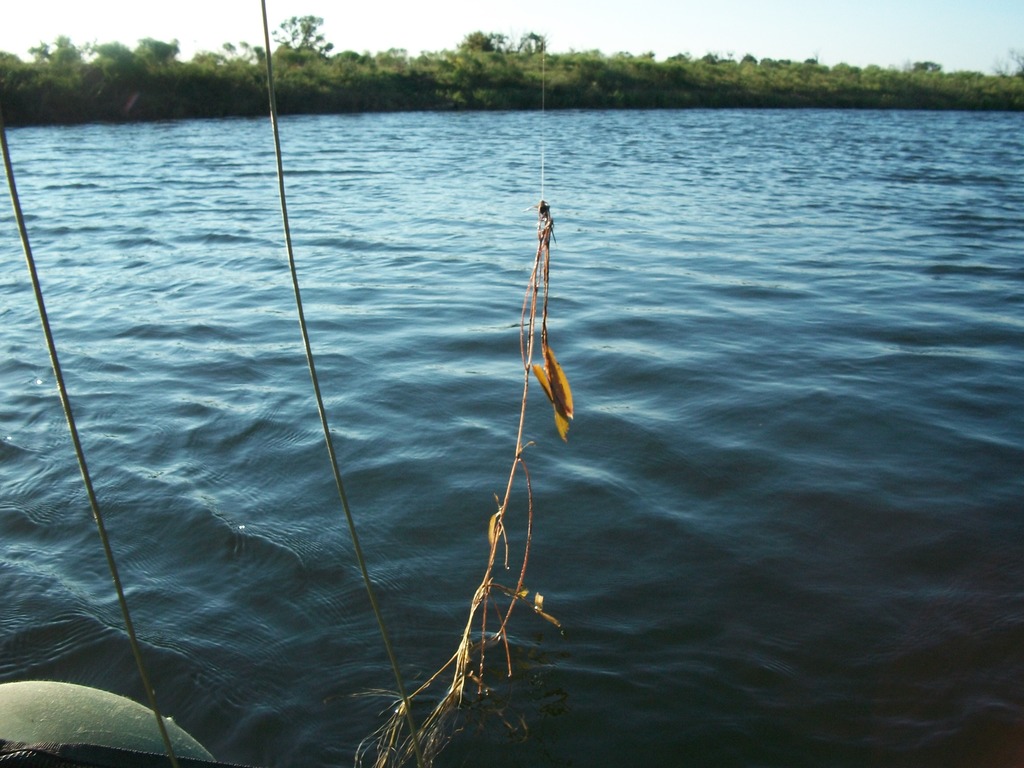 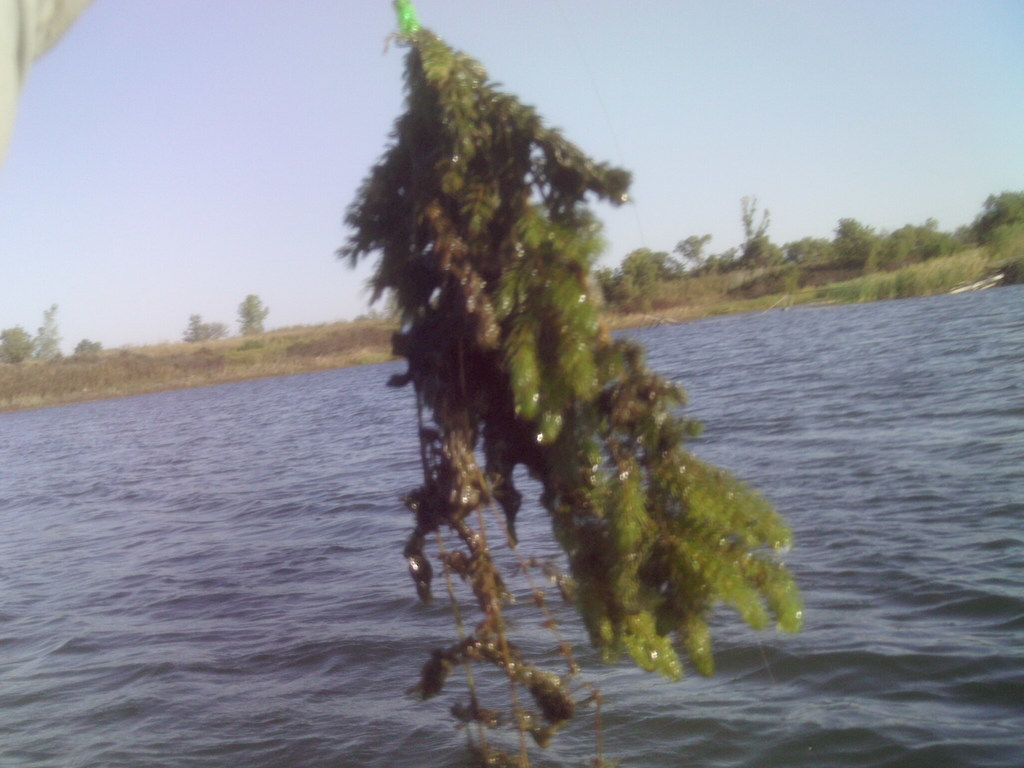 One last cast when I felt the take, setting the hook and my heart stood still. Here at last what I had been searching for, it felt big and it felt heavy I fought hard against the pull of the monster. It finally gave up, surfaced and the disappointment set in. Wrapped up in the small weed was a small BGMD. Foiled and Fooled again!!!!! 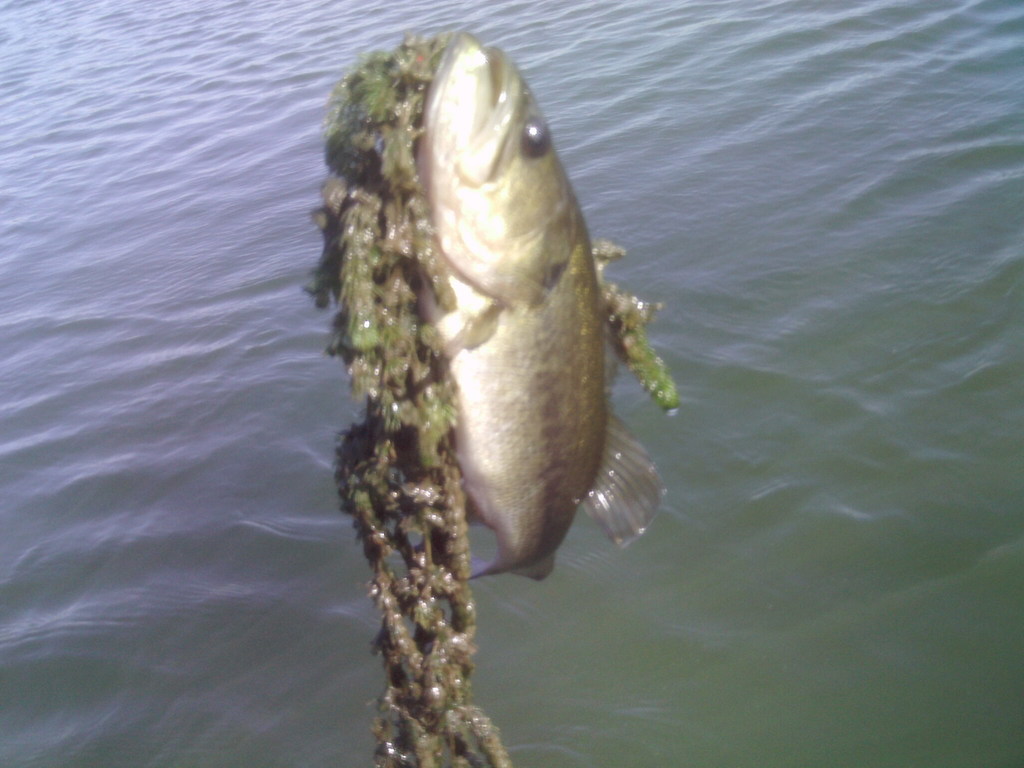 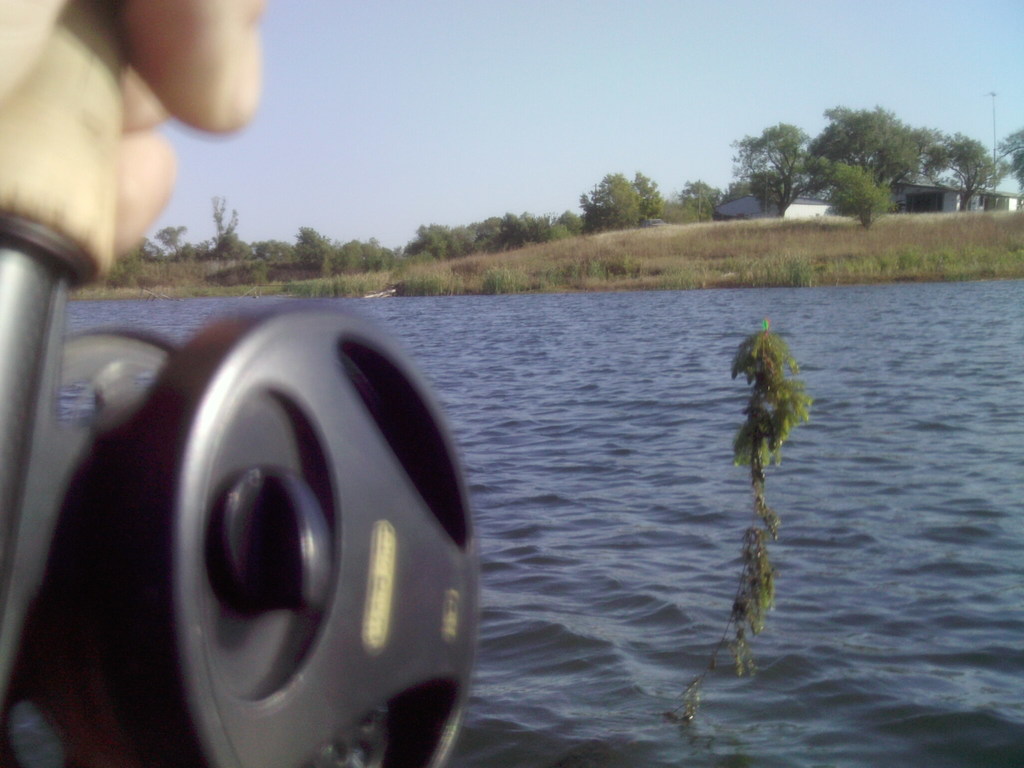 Large weeds are out there lurking, waiting for you offerings. My quest is not over, I will be back!!!!! Weeds can be taken on the LONG ROD. It takes patience and determination. So bring out that fly rod, change you flies until you find what they are looking for. Somewhere out there is the WEED you are looking for. Don't give up, I never will!!!!!!!!!

Folks don't feel left out because you don't have big gear for weeds!!!!!! They can be taken on a 2 wt. They are tougher than you think!!!!!! 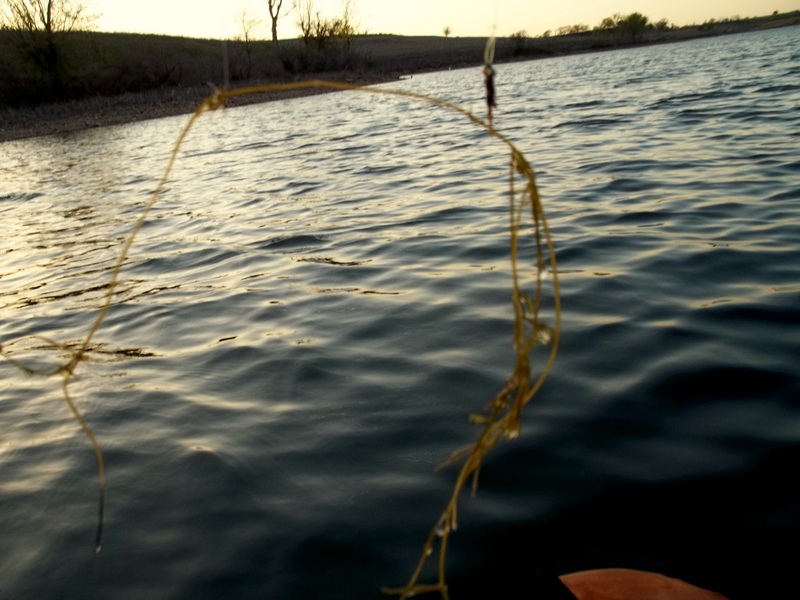 Vinegar and oil anybody.

Still taking them deep, WEED season is about over I fear!!!!! 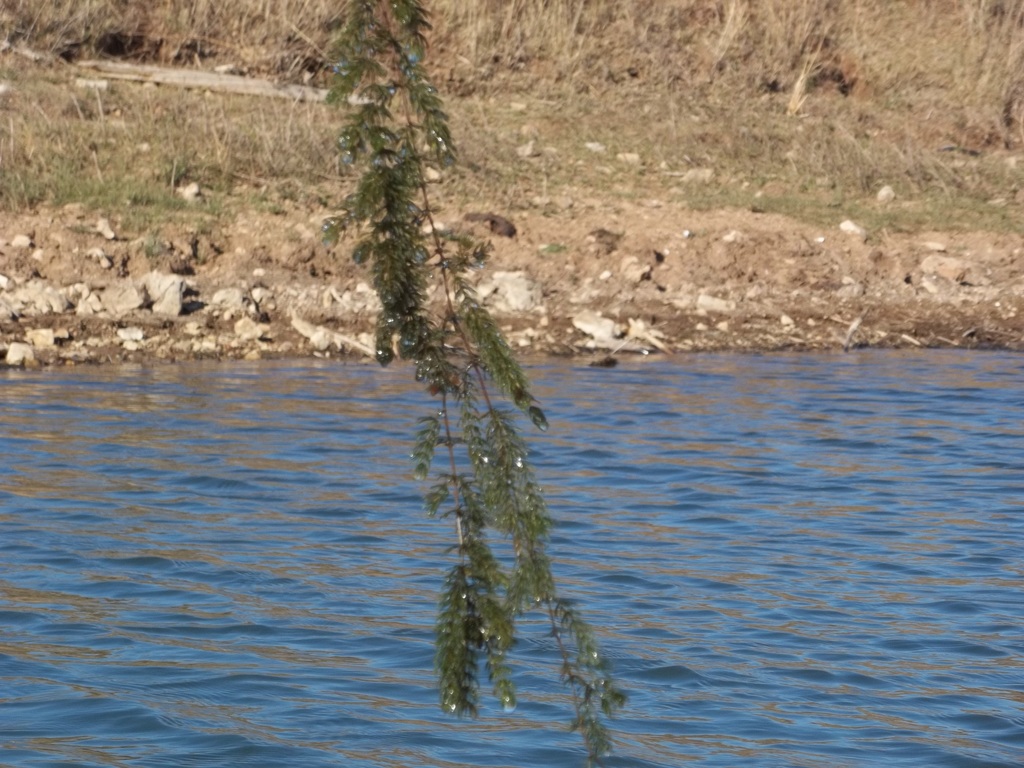 The WEEDs are starting to move again, all of them are small, so far but have HI HOPES that bigger one will be located!!!!!! Using what I call is the RICOCHET METHOD target gill and let them take you to the WEEDS!!!! The method is QUIT EFFECTIVE!!!! After the ENCOURAGEING word from MR. CONDELLO, and MR. SHEEHAN, I found out that using GILL was not CHEATING as I thought so have come up with this method!!!!! It is still considered WEED on the FLY-ROD!!!!!!! 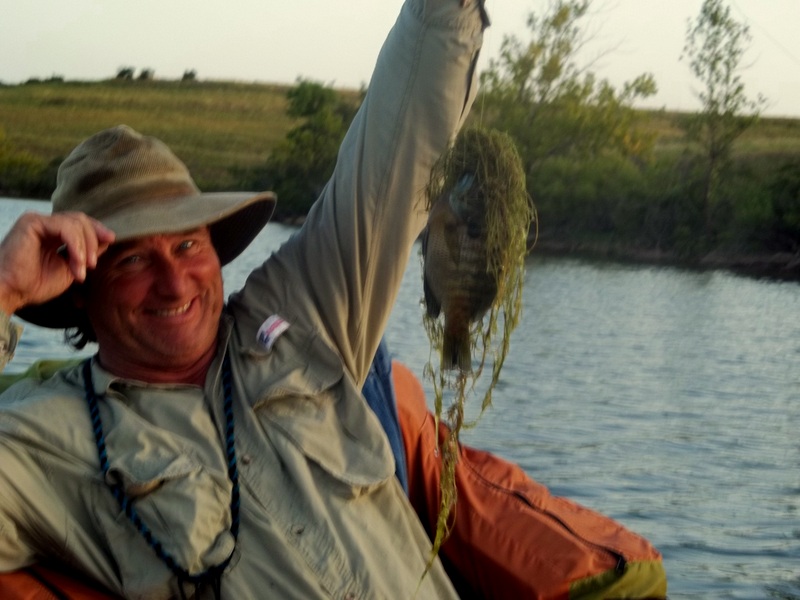 Greg, Linda and I finally made it to Cabela's this afternoon. The gentleman be hide the counter was great in helping me find my flies and I got a few grasshoppers and crickets and even a couple Japanese Beetles. He also show me a couple knots I would need to know. I bought a few tapered fly lines mainly because the one I have has a couple knots in it. He sold me tippet material which I didn't use I tied right to the tapered leader. He was quit helpfull and spent about 30 to 45 minutes with me. I think I got enough stuff to get started with and thank you for all the valuable input. The only thing that will change at all is I'll have to practice with the sinking flies but I don't think that will be much for me to comprehend.

Greg now I can see you are truly a Master of fishing bait-less and you can still catch them pesky weeks. I know one cool rainy day you be thinking of how your able to catch your weeds without bait and you will feel sorry for use because were not to your skill level we still need to use bait yea you'll feel sorry for us and open up and spill your secret for all.

Thanks I understand it is a time honored tradition, but I have not been a BAIT FISHERMAN for years!!!!!!! It has been flies only, but now for going after the WEED I want ,I am going to have to find a BIG BLUEGILL............. COM

The wisdom here is astonishing me! I have heard of micro fishing for small fish with the tiniest of hooks and algae from a rock as bait .Multi purposes of weeds .Besides the joy of catching huge heavy weeds and hauling them in and the arm exercise you get from doing it you can catch fish using pieces of weeds .Wow! Also ,at times, one can find freshwater shrimp and other fish edibles falling out of a  hunk of weeds .

Using bluegill to capture weeds is a time honored tradition in the south.  It goes all the way back to the original settlers who would catch native minnows, then fashion primitive hooks from flint rock in order to catch filamentous algae to put on their turkey for garnish.

"Thanks John….I’m going to try to find some and give it a whirl…..catfish are…"
1 hour ago

"I use crawler pieces on the floating Jig'-heads for Perch and Bullheads. Work…"
4 hours ago