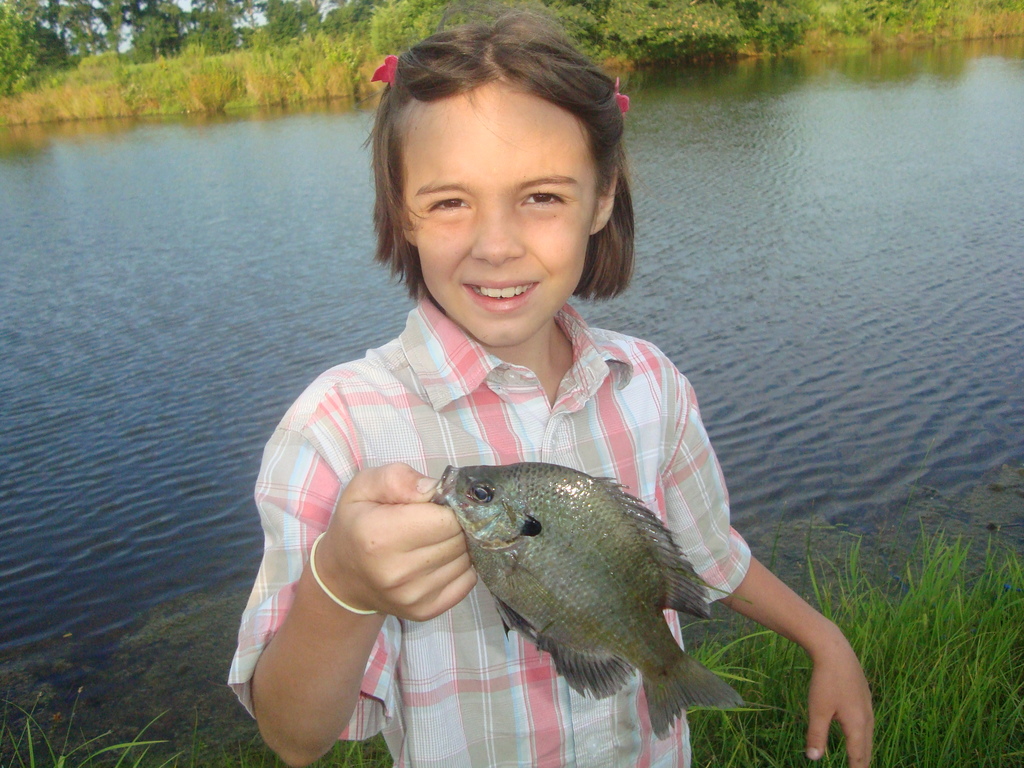 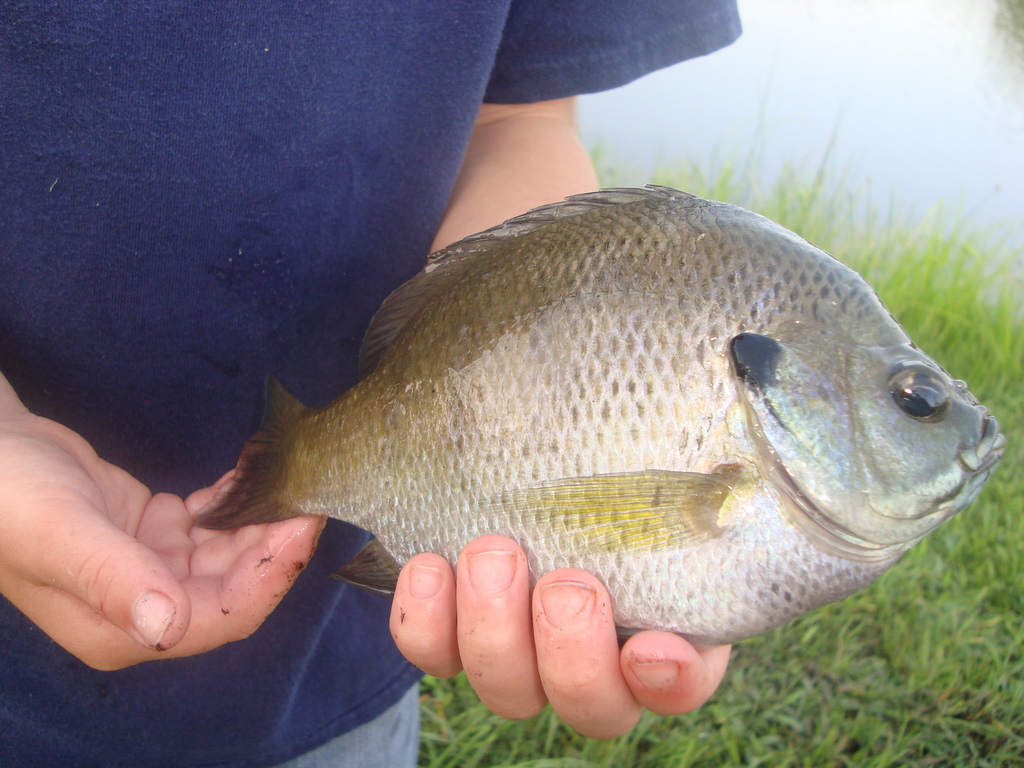 We had slow morning but managed to catch a few 3in gills and redears. My daughter caught a 6.5in bluegill and my son caught an 8in bluegill. Not bad for spending 2 hours on the lake…

Does anyone have any soft plastics and or poppers for me? Please Reply

I am in the process of tagging all my photos.Gonna be time consuming . I would like to be able to search a specific species of fish pictured on this great site and compare photos. I only have 4 photos up so far of Red Breasted Sunfish but would like to see others . I plan to complete this obsession!Hoping to ease the search of specific interests as they change from day to day, season to season.

I went to mammoth lakes fishing for trout and i caught several brook trout on bluegill setup. They almost were going to break my line becuase i was using light line for big brook trouts.

Fishing with my son and his friend

Woke up at 5 am and took my 9 year old son and his friend fishing at a local reservoir.The bite was ON and they each hooked at least 10 fish. You want to feel excitement? Take a kid fishing. 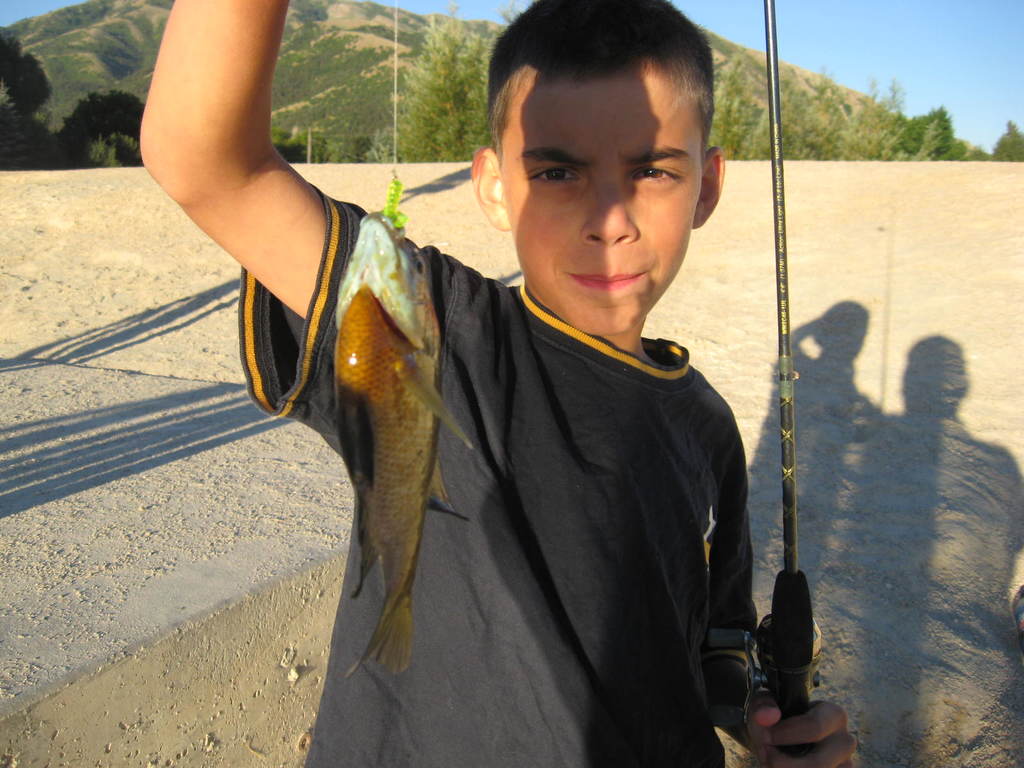 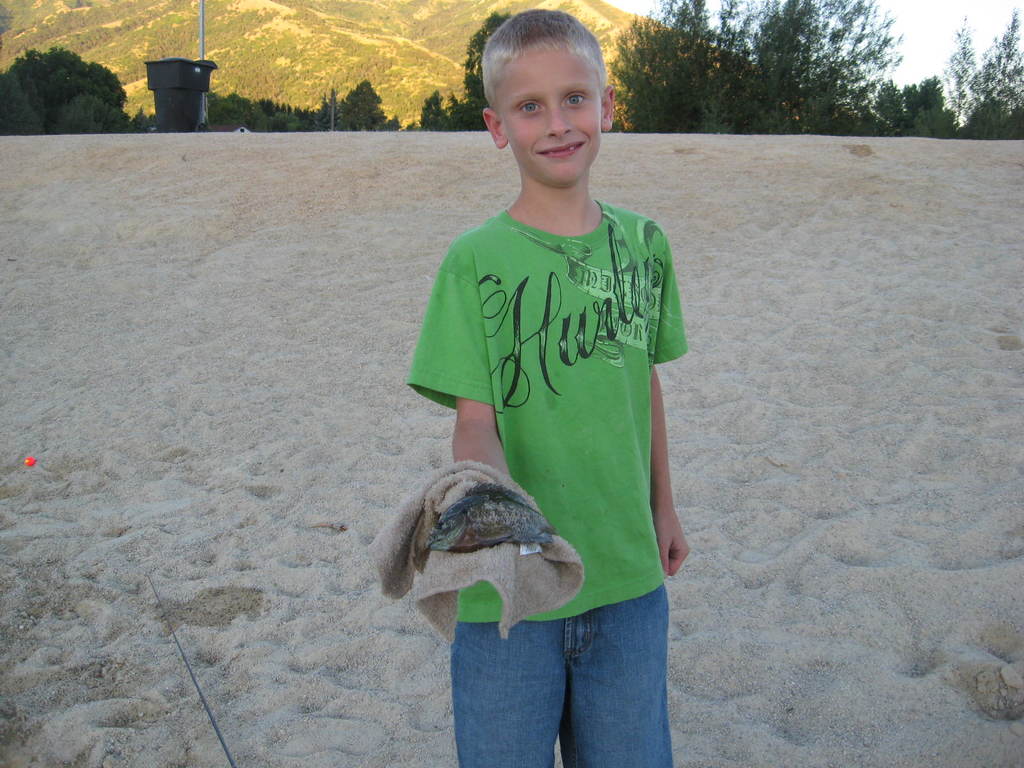 Hi Everyone,
Despite the 100 + degree heat index in the St. Louis area, Ty & I went fishing for a few hours this morning & tried out some of the new "Wiggla" jigs I've started making. We were fishing with 20th oz. Yellow Chart. jigs and White plastics.
It didn't take long for us to get into the fish, but we were surprised at the quality and quantity of Crappie caught. If it's this good when it's hot, can't wait to see what fishing will be like in the…
Continue

Is there a magazine solely for panfishers?

Whats the best magazine out there for us panfishing freaks?

People in the pond management industry say that www.pondboss.com is the best place to go for pond management information. I've written articles for Pond Boss magazine for years now, and I've never seen any other resource that is in the same ballpark. Bob Lusk is a member of BigBluegill, and has been a big supporter of www.bigbluegill.com. He was the brains and the inspiration behind the Pond Boss magazine, and the…

I was originally going for bluegills on nightcrawlers at Big Bear Lake, but then something else bit on. A madtom. Then i decided i did too much bluegill fishing so i decieded to start catching madtoms. they are so easy to catch. My sister got 40 in one hour by just using a number 10 hook with a small split shot about 6 inches up and dropped it into the water right along the shore.

Went out to the Barbee chain last week and had a great time catching the gills. Caught a few on wigglers, but when I started casting the Road Runner, "WOW". I was killing them. I found a couple of spots and just kept rotating when they stopped hitting. Every time I would come back to a spot I would catch a few more. I was using a white Road Runner with a spinner and a white curly tail.

I just wanted to extend a huge "Thank You" to Herman Brothers Pond Management, and Nate Herman, who is a member of Big Bluegill for their incredible hospitality they extended me this last weekend!

Their operation is absolutely first class, and offers people in the Illinois, and the Midwest a chance to catch a really huge hybrid bluegill.

Take a look at this great fish. We caught several hybrid bluegill in the 1-1 3/4 pound range, and we also caught quite a few…

Have you considered chasing Bluegill in New York?

Within New York state there are many waters that have great fishing for these two but in Silver Lake this fishing can be shocking at times. This is one lake that if you
have not tried sight fishing, then you will be best starting the
adventure here. To fish these slabs it is good to roam the…

Decided to try something different this morning, as I needed to be back at the house by 10:00. Have Home Depot rep coming by to give me a price on a new heat pump, and had to be back for the appointment.Decided to troll for striped bass and hybrids. Got my limit with this set of cousins. The striper was 28" and 7 lbs and the hybrid was 28" and 8 1/2 lbs. Also had a couple nice sized yellow bass. We're gonna eat good tonight. Gonna make my asian merinade and cook them on the grill. should go… Continue 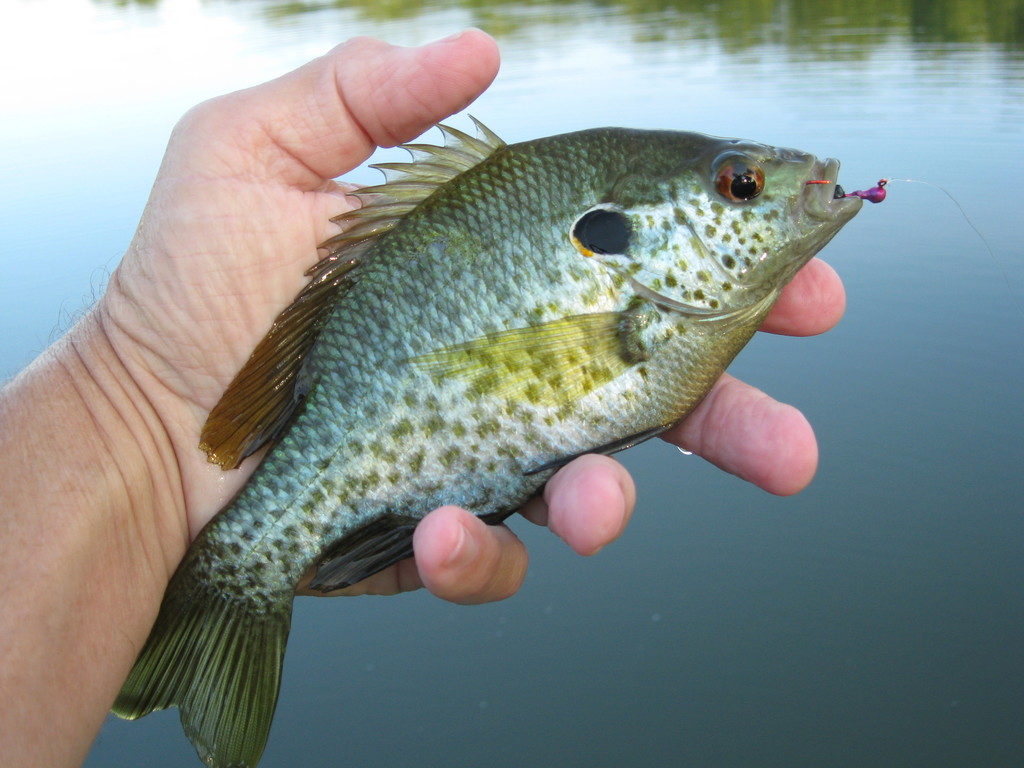 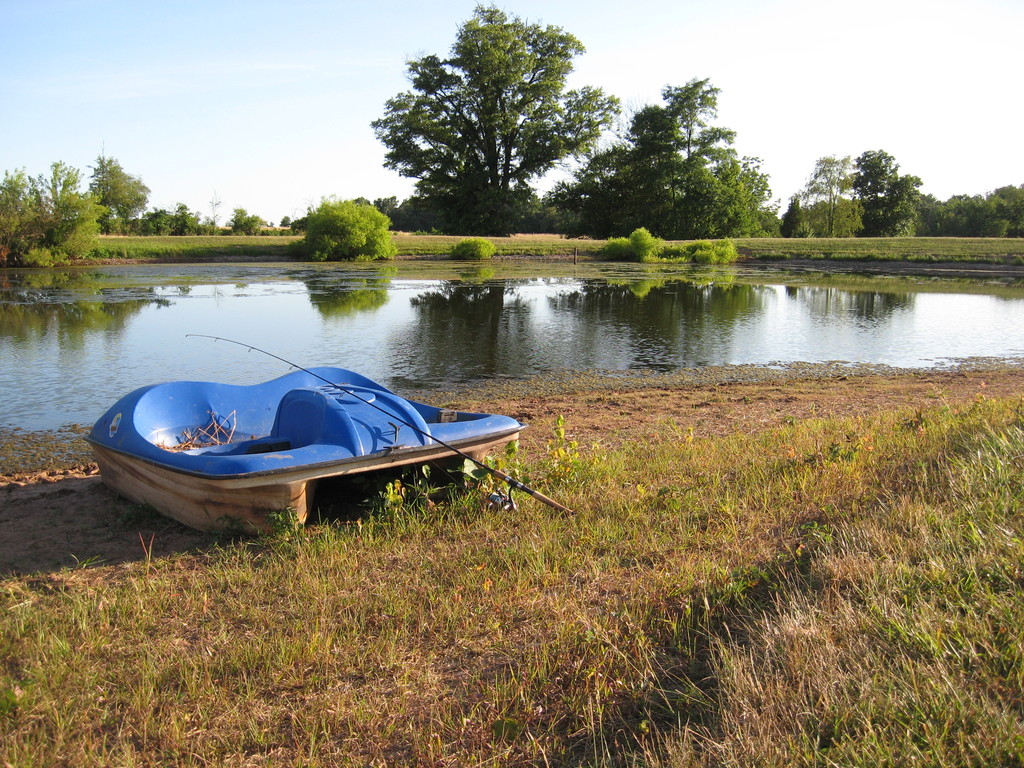 King of the Redear Baits

Yesterday was so hot that I almost had a heat stroke out on the water, this was with taking precautions of having plenty of water with me to stay hydrated , I guess I stayed too long on the water but was having a ball, the bluegill were jumping in the boat and the Red Ears were hitting my lure 2 at a time, I finally had to give it up or I would have been in trouble because of the heat , thought yall might want to some photos , be careful in the…

Red, White and Bluegill by John Dawson of BigBluegill

Every once in a while I just like to kick my feet up, and think about what a great thing it is to live in the United States. Fishing, fireworks, grilling, hanging out with friends...it's all part of the American dream. Thanks to all of you BBG fans out there. This is an awesome site! Happy 4th of July. 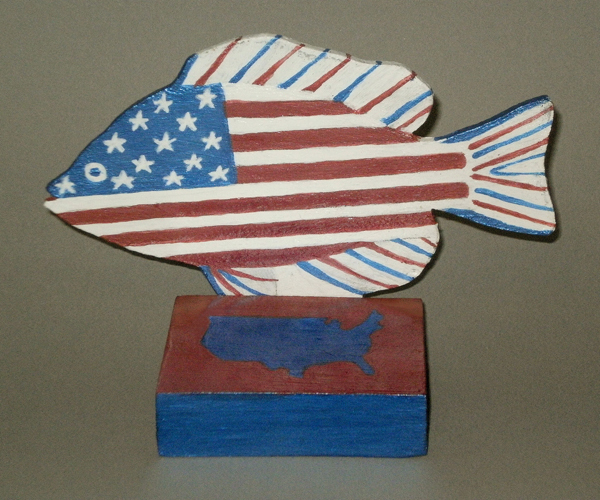