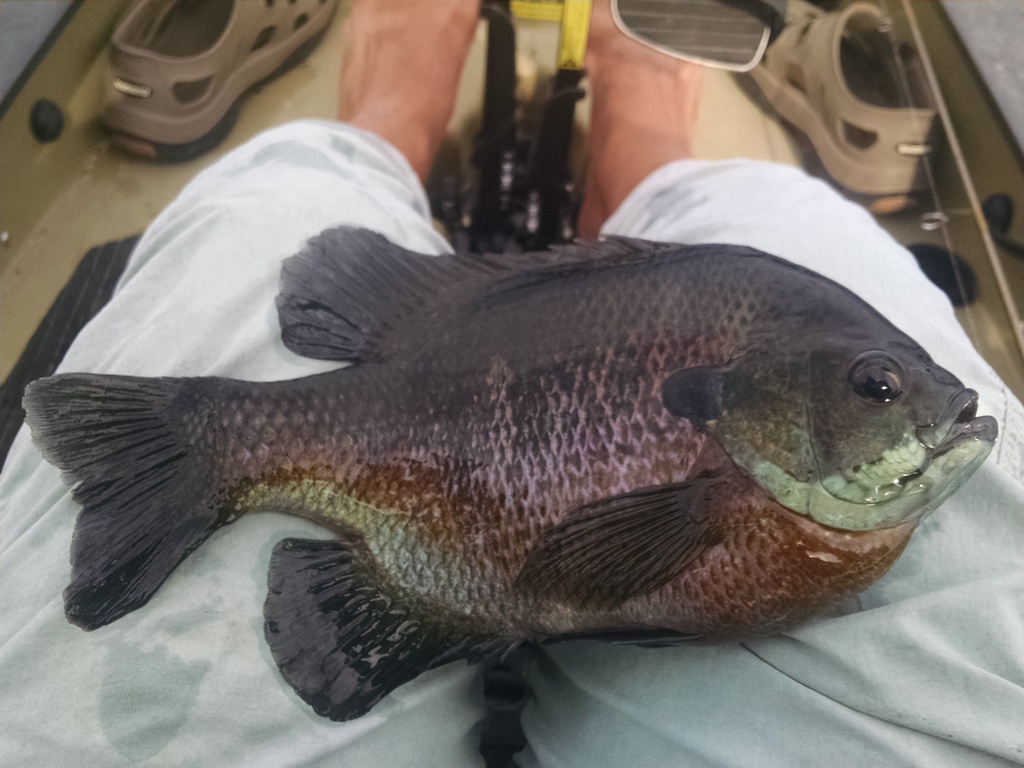 A few random thoughts about bluegill

I'd like to just reiterate a couple of my thoughts about bluegill.

Many of us started with bluegill.  When we caught bluegill as kids, we were proud and excited.  They were willing participants in the angling game, and were scrappy fighters for their size.  Bluegill were also beautiful by any standards, and were curiously varied and original.

Many of us drifted away from bluegill as we aged.  We became jaded, and influenced by those around us.  We were told that…

Methodology to catching panfish under the ice... 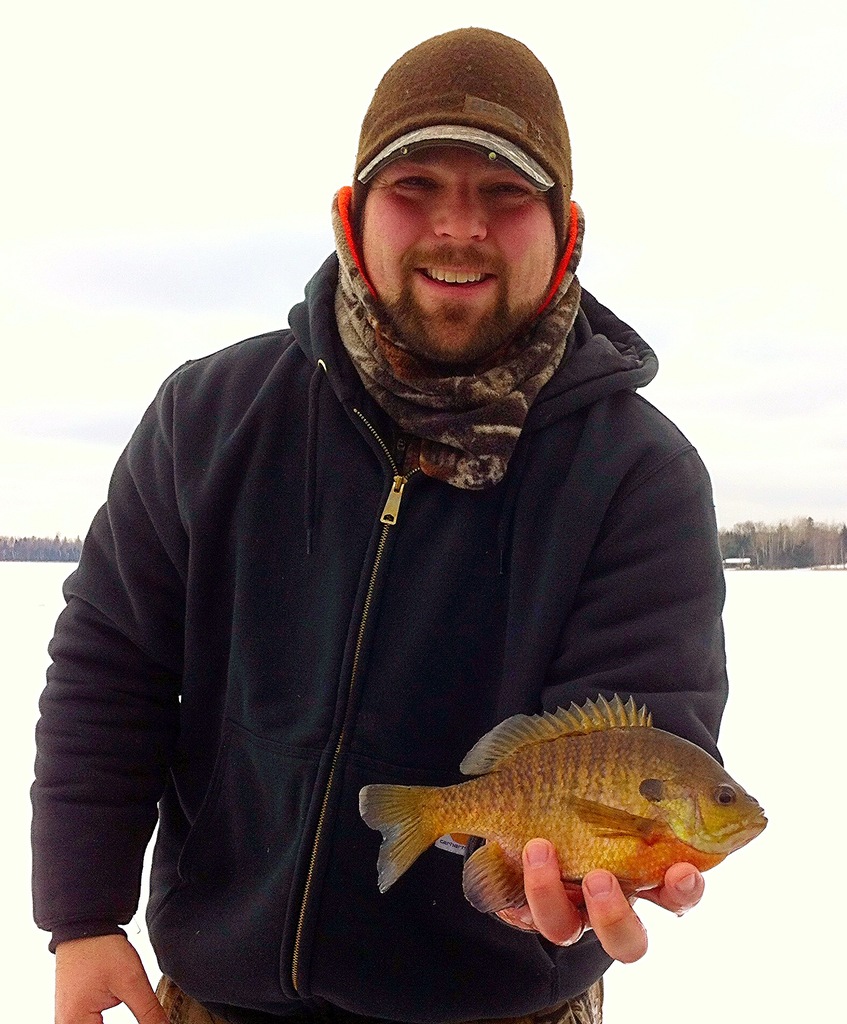 I have been asked a few times on this site what tactics I use to catch crappie and blue gill through the ice. So I thought the best way to answer would be to put a post together with some… Since I'm unable to fish,

I thought I would post a few photos showing what I'm up to with my floats. This first photo shows the materials I'm using: Cans of primer and topcoat, 3/16" rigid aquarium tubing, glass beads from the craft store, some 5/32" hardened drill rod used for a turning mandrel, 1" square balsa blocks, and some split, flat washers and O-rings, used for float weighting.…

Slide the tube back into the foam body and secure it with a drop of glue. I recommend  leaving about 3/4" of the tube sticking out of the top of the float body.

Now, take those metal flat washers, clamp em' in a vise, and use a hacksaw to cut through one side. Like thus: 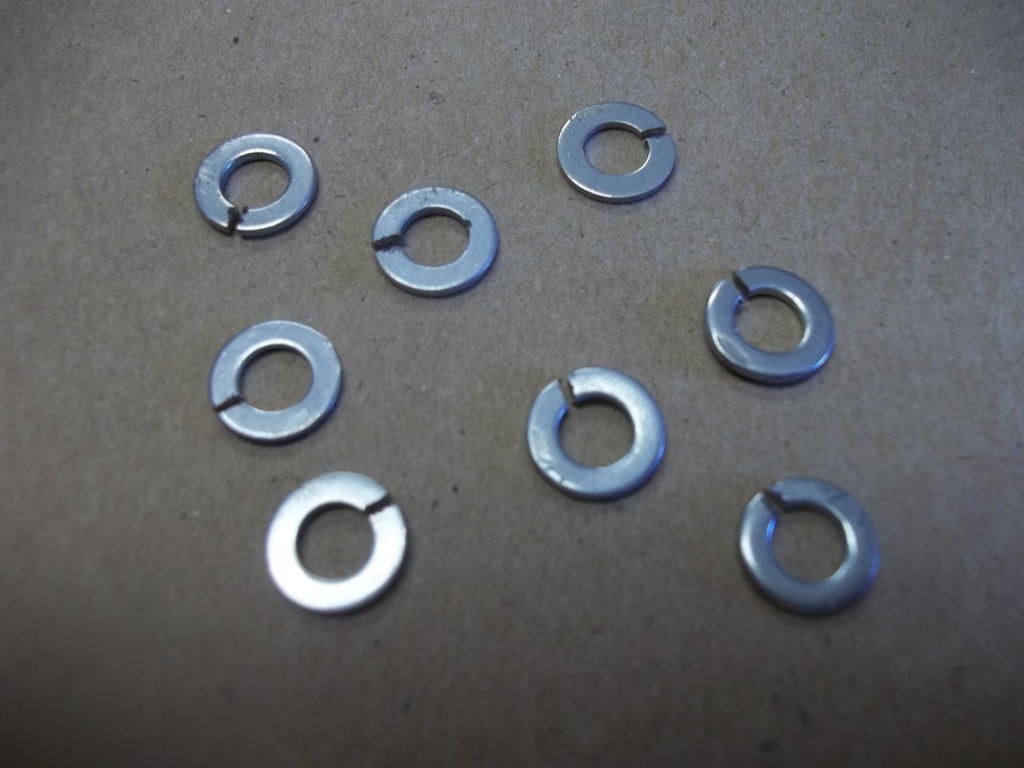 Slide an appropriate amount of washers, ( I usually use 6-7), onto the plastic shaft, right…

But no matter the bait, the float still has to do it's part to put…

Being a fisherman from southern California, where is rarely gets under 40 to 50 degrees in the dead of winter, why do the Blue gill in our lakes here stop biting when we have this cool weather? It is Very hard to even locate them! Most of the lakes and ponds in the northern states freeze over from freezing temperatures, yet you have great Bluegill fishing through the ice. Cold water is cold water, no matter where it is right? Well, Bluegill are Bluegill in any area too right? So how come us… Continue

Float Fishing for Panfish - The basics

In Indiana, as well as most of the country, panfish are the most sought after fish by the majority of anglers. Of this large family of fish, bluegills and crappie make up the majority of the anglers focus. Harvested numbers of these two fish typically exceeds 100,000 fish in any given year on a large reservoir or lake. And of these fish, a large percentage are caught on live bait.

There are many ways of fishing live bait, but for panfish some form of bobber fishing is the standard… Continue

A little over a year ago I read a thread at the Pond Boss forum about using "rot baskets" as a source of additional forage for pond fish. Basically you suspend a dead animal over your pond in a wire basket and as the resulting maggots mature they drop into the pond and feed the fish. I liked the idea of free protein, but didn't want to deal with disease carrying pests and foul odors near the pond. I started looking for a cleaner type of insect that didn't have those drawbacks.

How does "Big Bluegill" feel about conservation?

Big Bluegill members are a gang of anglers who know they're on to something special.

The bluegill is really the perfect fish when you think about it. Perfectly satisfying to fly fishermen and bobber slingers. Equally satisfying for ice fishermen and kayakers. Beloved by catch and releasers, as well as those who fish to dine. Targeted by the trophy fisherman, and the folks who just crave… Continue

When it comes to bluegill, how old is "old"?

I posed the question to biologist Daryl Bauer what qualifies as an old bluegill, and asked if he had sampled some really ancient specimens in his years as a fisheries professional.

Here was my question.

"Actually, I'd like to know from Daryl if he's seen any truly ancient bluegill in his sampling days. You know, like 12 or 13 year old fish. I've probably aged, or assisted in aging somewhere around or over 200 bluegill, but haven't run across any real oldies like… Continue

In most ponds, if you want to support a population of trophy bluegill it will require some sort of harvest strategy. While it is true that vast populations of smaller, lower Wr largemouth bass can prop up a quality bluegill fishery, there are things that you as an angler can do to promote the possibility for the bluegill of a lifetime.

Most experienced bluegill anglers have seen high densities of agressive, nest defending males during the springtime. If you sneak up on these fish you… Continue

Optimal Foraging Theory, and why you should know about it.

Some people believe that in order to grow a big fish, all you have to do is feed it a lot. But it is somewhat more comlex than that. Knowledge of "Optimal Foraging Theory" is important when attempting to grow any gigantic fish.

OFT, or optimal foraging theory. Simply stated, E is the amount of energy (calories) from a prey item. h is the handling time which includes capture, killing, eating and digesting. h starts once the prey has been spotted. E/h… Continue

"Thanks….sights like this is one of the reasons I love fishing! The adventure side of…"
yesterday

"Thanks Dick, we love to vacation in this area….."
yesterday

"Thanks Dick -Greg and I got into these and Bullheads pretty good in October and November ! Merry…"
yesterday

"Beauty at its best."
yesterday

"Another quality piece of work. He never ceases to amaze me."
yesterday