I was chosen to do the mount of the fish and am honored to present to you the completed custom cast replica of the new World Record Sunfish.  The artificial nightcrawler and drop shot rig depicts how the fish was caught Hector's record beats Bob's old record, caught in 2011, by 4 ounces. The IGFA rules state a new world record has to beat the old record by at least 2 ounces. 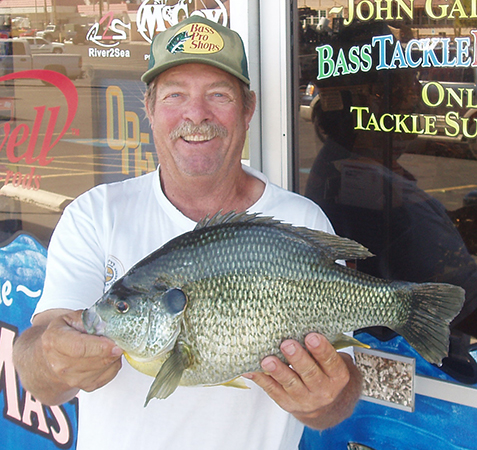 Bob Lawler's catch of a lifetime! 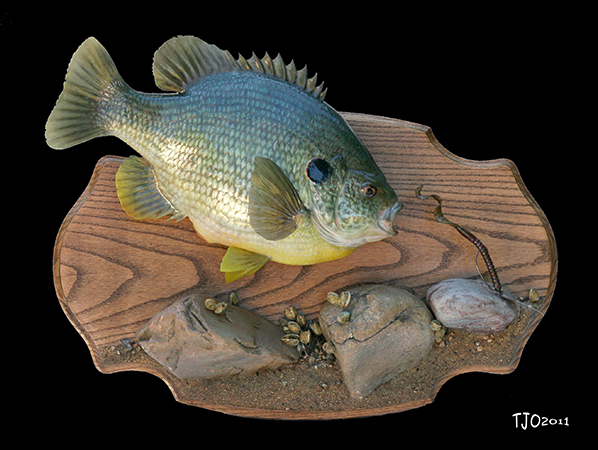 This is the replica made from a mold of the fish.  Bob caught it on a rocky point on the second cast with a Texas rigged 7-inch Berkley Power Worm. 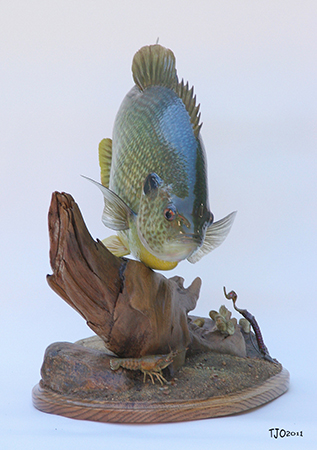 The two photos above are a skin mount of the fish.  I was requested to mold Bob's fish as a replica and a skin mount.

It was an honor and a challenge to do such a magnificent specimen!

Comment by arthur cole on February 5, 2012 at 7:24am
Very nice job sorry I did not see this post and I posted it to .Well just a bump.

Comment by DAVID L EITUTIS on January 20, 2012 at 11:01am
GREAT LOOKING FISH AND CONGRATS TO YOU. It gives all the rest of us hope that MONSTER GILLS AND REDEARS ARE STILL OUT THERE WAITING!
TOOTY

Pictures ARE worth a thousand words. Fine job.

Just plain jaw dropping..WOW! Just out of curiosity though, what is the mounting process for these beauties?

Wow! Awesome fish, fantastic mount. You both should be proud.

Thanks for all your great comments.

Here's what a world record certificate looks like. This is the one Robert received for his sunfish......... 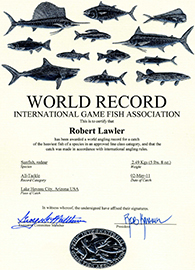 Long story short, I ended up making three different molds of this fish. One of which was a mold of the skin mount and two of the actual fish.  The fins and eyes were also molded from the fish to give it realism.

The skin mount is a hybrid mount, meaning the head and fins are casts from the original fish. The rest is the skin mounted on a mannikin molded from one of the other molds. Ya, I know, don't ask.  But know this, It's as accurate as I can possibly get a skin mount. This mount can be seen at John Galbraith's Bass Tackle Master sport shop in Havasu Arz.

Robert has the replica reproduction.

The Qaugga Mussels were sculpted then molded.  Hope I got that right as I only had pictures and descriptions to go by.

The 7" power worm was also molded, cast and painted.  Hook and sinker are the same size as the original.  Here is a picture of it (the one in the middle is the real one) one cast is unfinished and two are finished. 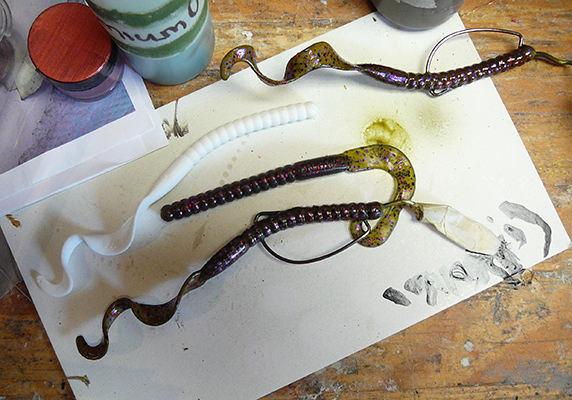 Comment by Nick Holt on September 29, 2011 at 3:19pm
Congratulations to Bob on his record catch, and great work by you Tim.  Nick Holt

Comment by John Sheehan on September 28, 2011 at 1:19pm
Excellent work Tim !You are a dedicated artist for sure!

"Thanks John….I’m going to try to find some and give it a whirl…..catfish are…"
39 minutes ago

"I use crawler pieces on the floating Jig'-heads for Perch and Bullheads. Work…"
3 hours ago