My wife and our oldest son, tapping some trees during an unseasonably warm spell this past January. The sugarhouse is in the background, patiently awaiting that first run of sap. Pumping off the sap from the collection tank in the bed of the mule, to the storage tanks inside the sugarhouse. 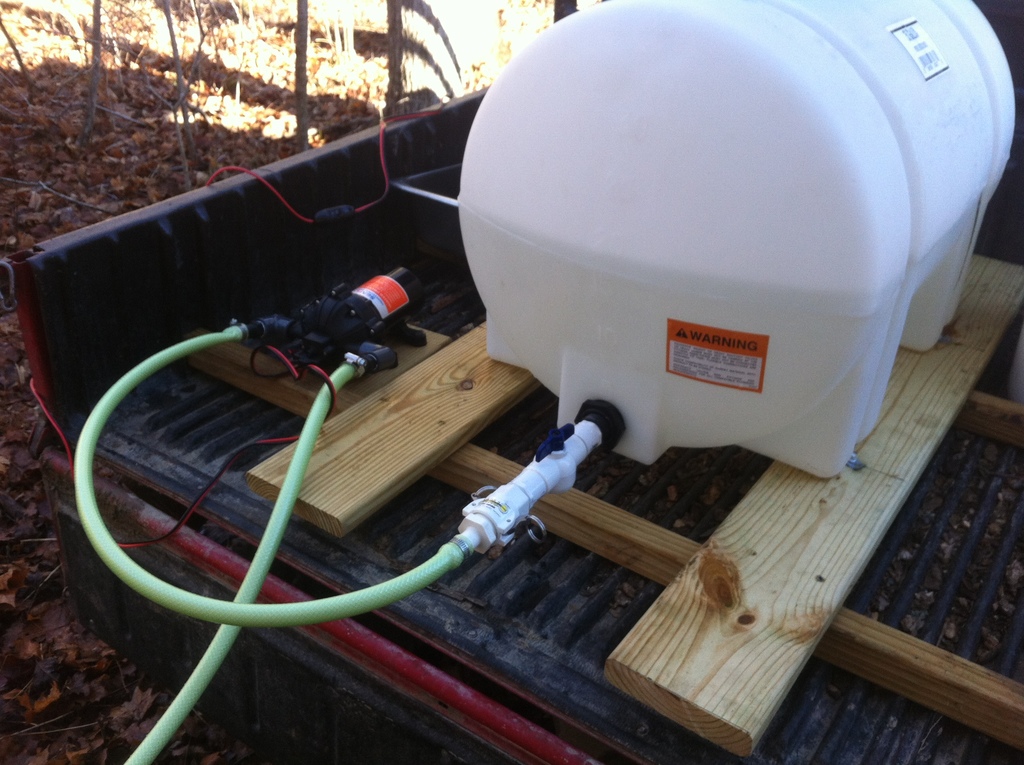 Manning the transfer hose inside the sugarhouse. Both boys taking turns topping off. 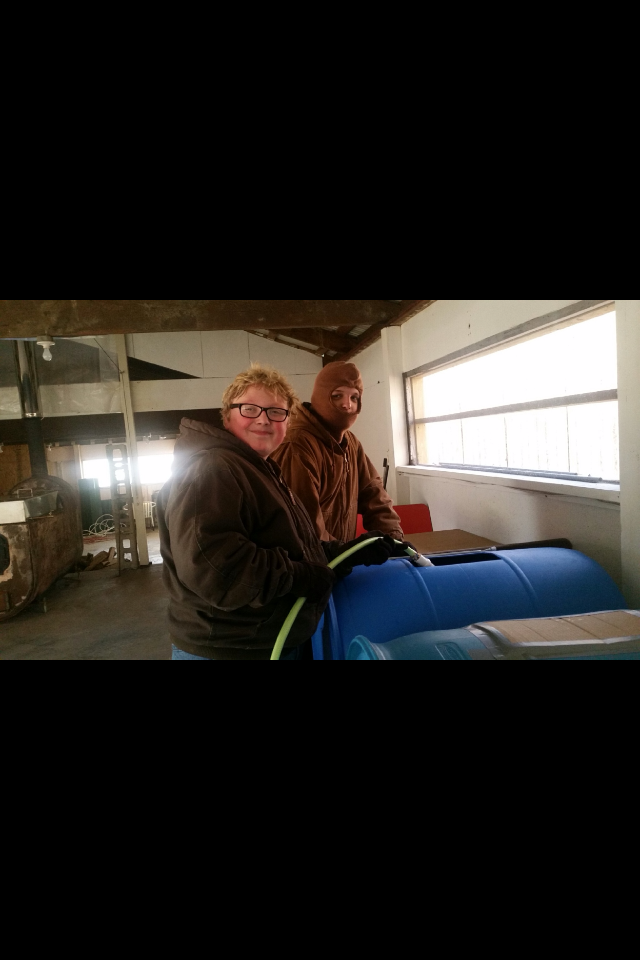 View from inside, steam exiting the sugarhouse through the cupola. LOTS of steam when you boil sap into syrup. 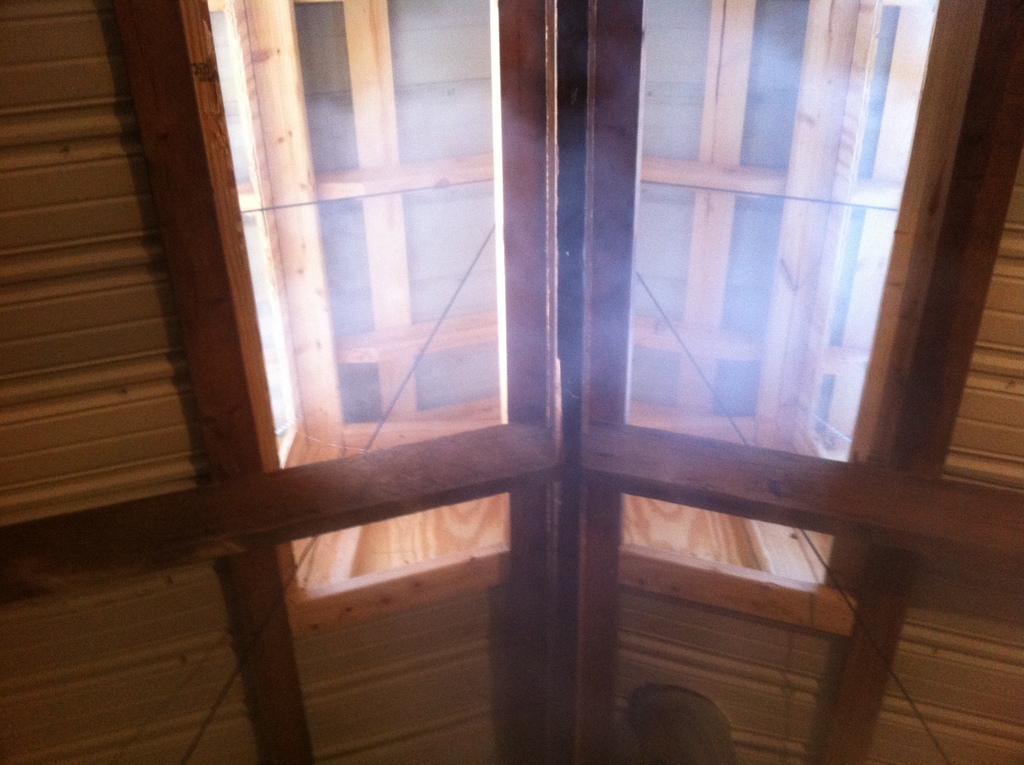 Dawn breaks over the sugarhouse. Already been boiling for a few hours by this time. 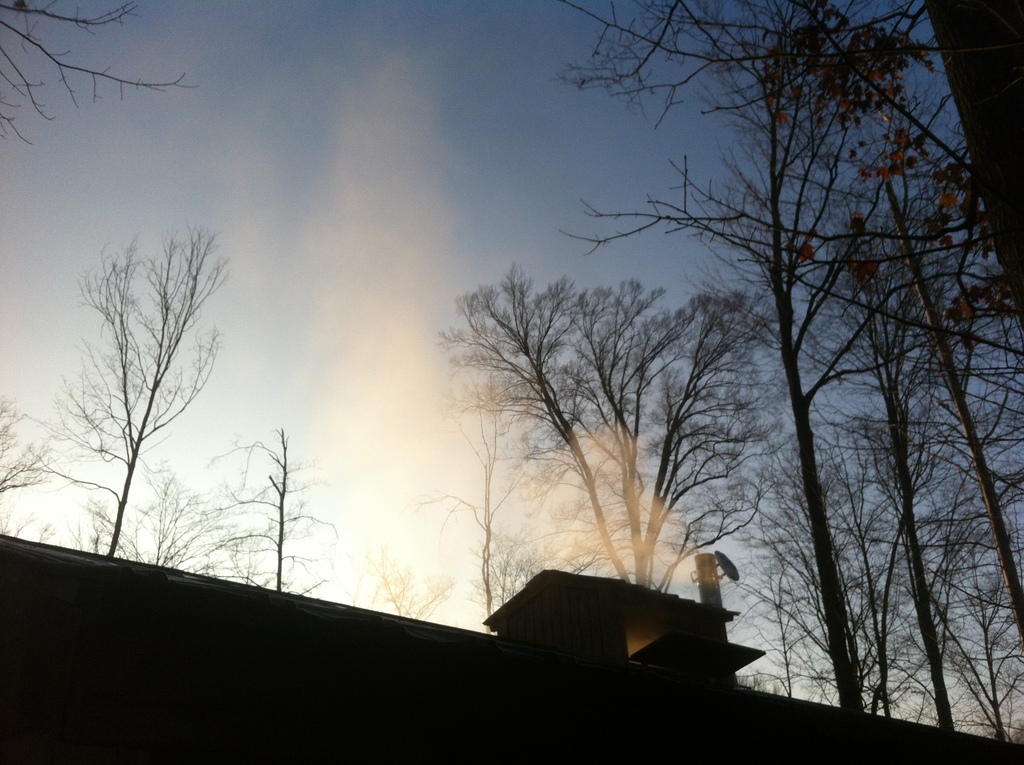 A view of the "pan"...starting to take on some color! Maple sap is clear when it comes from the tree. Boiling it down concentrates the sugars, and imparts some color. 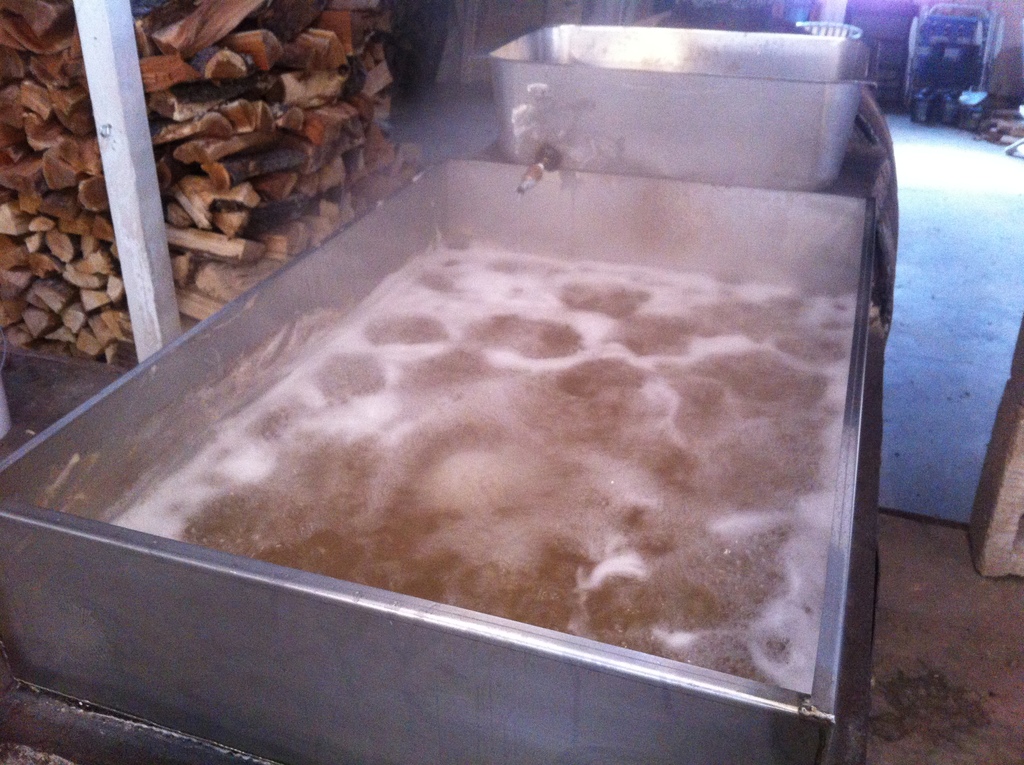 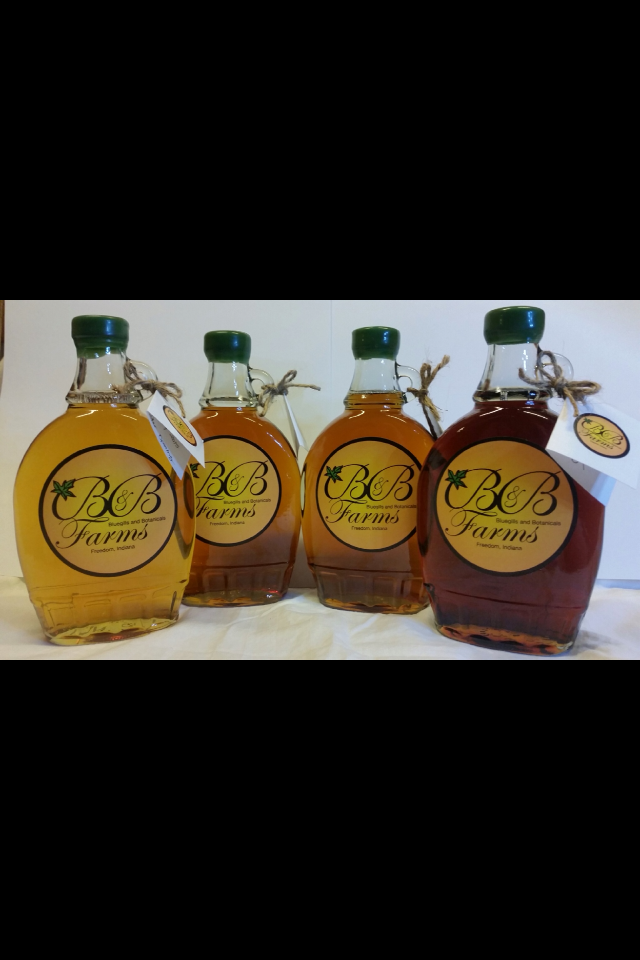 That's really cool! Do you have a web site where you sell your syrup?

I grew up in central Indiana, around frankfort IN. There was a guy by Russiaville that made maple syrup.  When I was a kid my parents would rent out the beechwood lake bible camp around bloomfield IN.  We would rent it in late may or early june and the spawn was on.  We caught a lot af bluegill. I caught my first crappie their.  That would be about the only time I like to fish when I was a kid. I did not have the patience.  I would love to go back their and fish it with my float tube.  Thanks for the trip down memory Lane.

One of the parks & rec facilities I worked at held a Maple Sugar Festival each year the first Saturday and Sunday in March. The setup wasn't quite right, but it was a good excuse to get that cabin fever itch taken care of along with a 'simulated' syrup process. The Maple Sugar event in Gettysburg, PA and Apple Fests however, draw many thousands of visitors each year.

Tony;; this is a great set up;; and a LOT of studying;; a ton of hard work just to get set up to do all of this!!  shows great dedication to it;; many congrats to you and your family for keeping a great tradition going!   and I can honestly say guys;; Tony makes a fantastic maple syrup!!  Tony gave me a bottle of his home made syrup last year;; f a n t a s t i c taste!!

Terrific setup Tony...obvious there's a LOT  of hard work that has gone into it. 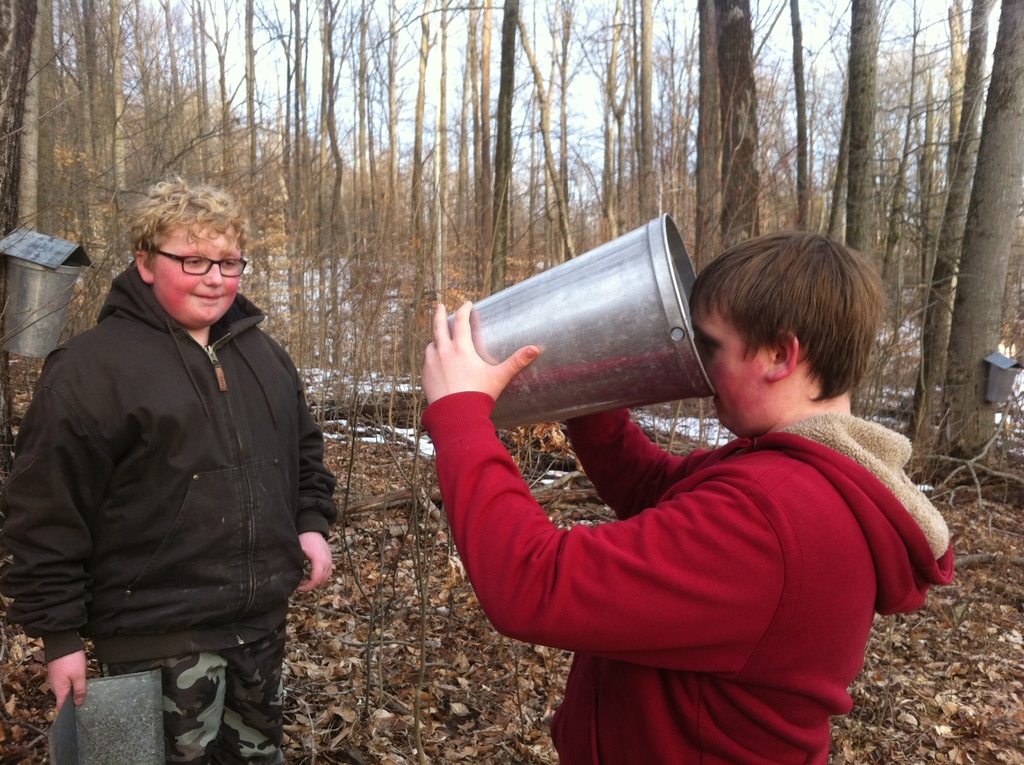 Drinking maple sap right from the bucket...at this stage it is approx. 98% water.

A question we get asked fairly often, is "how do you know when it's done?" By law, maple syrup has to meet a certain percentage of sugar concentration to be labeled as syrup. We use a hydrometer, calibrated for maple syrup. See the red line in the photo? It should float right at the surface, when it's done. This batch is a little heavy, (thick), but that's okay as we still need to filter, and we will thin it down some for that. 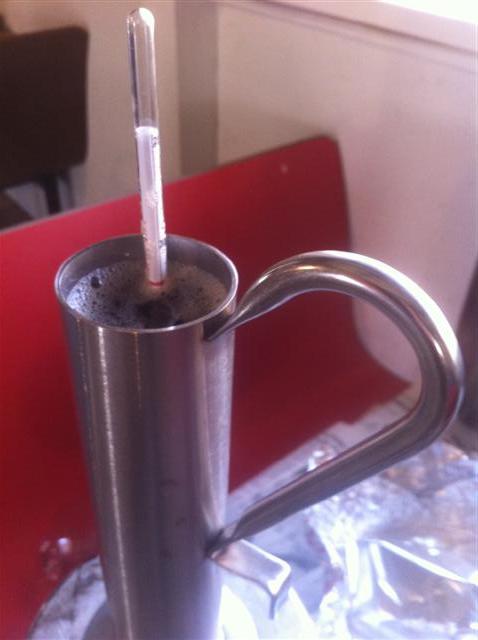 Tending the fire. And making smores. 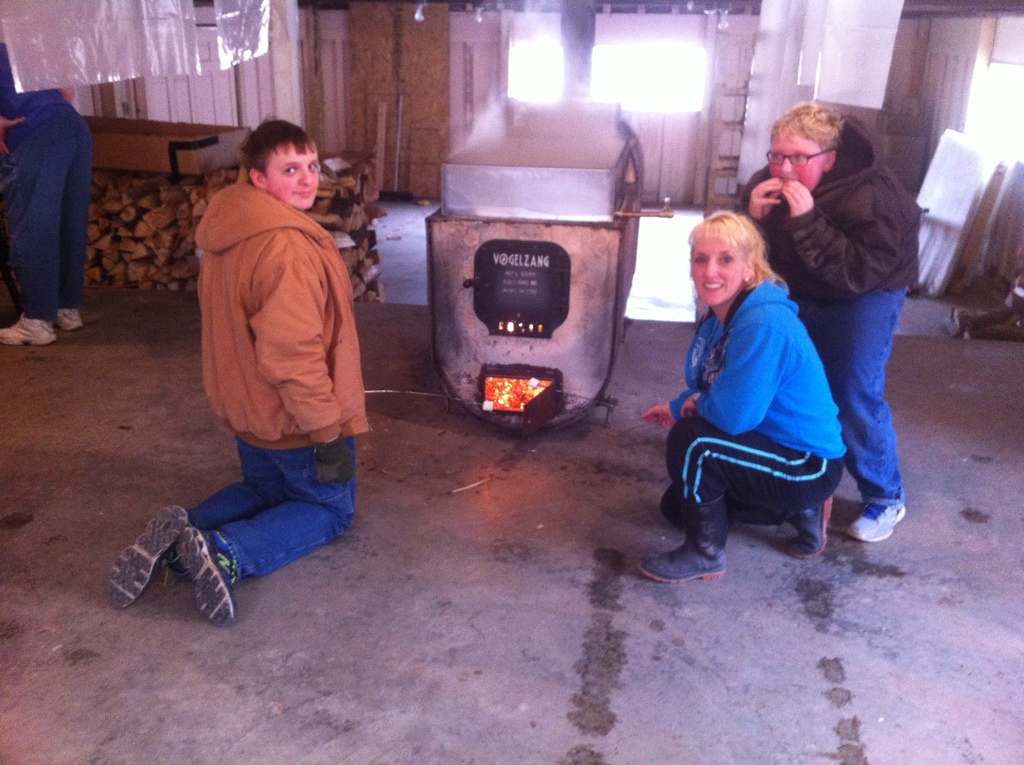 Probably the coolest thing I've seen on this website!  Amazing!

Nice!  I was going to ask about different grades being different colors, but you posted a pic of that.

Be advised that Leo will probably be contacting you next season to get his yearly stash :)