Okay BBG jokesters, this is the Nebraskan's Strikes Back episode. I'll place the photos in succession so Bruce can create descriptions for each photo. Of course, you can pretty much achieve the decryption on your own...Although, he's missing at least one. 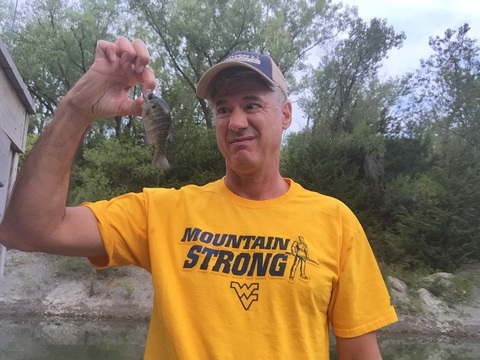 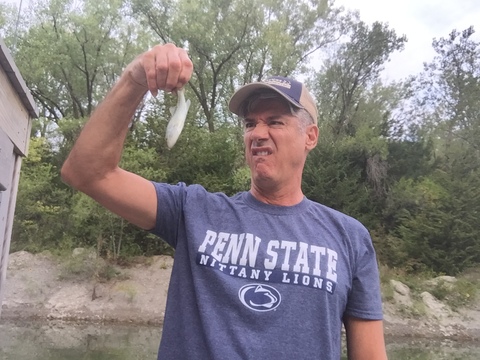 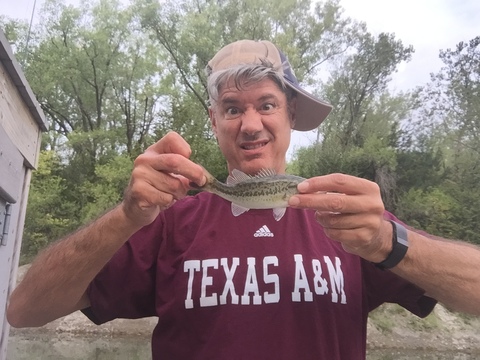 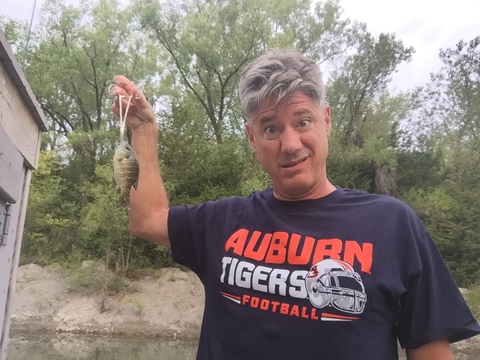 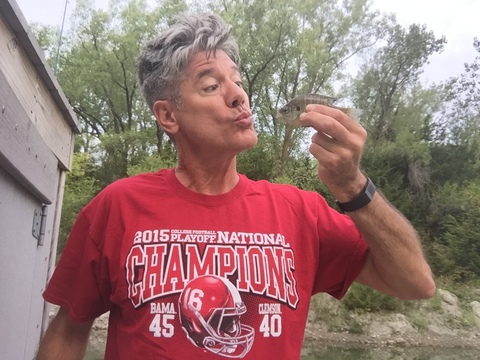 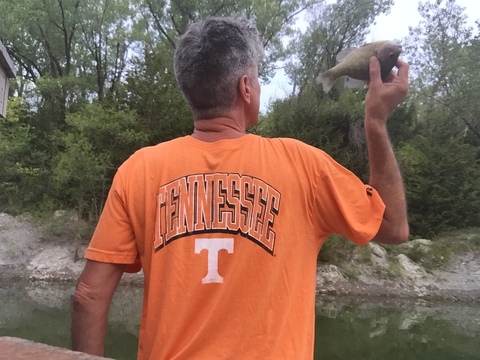 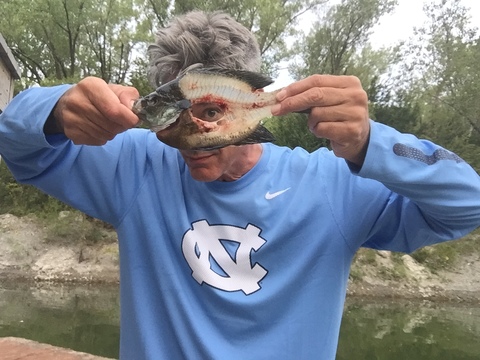 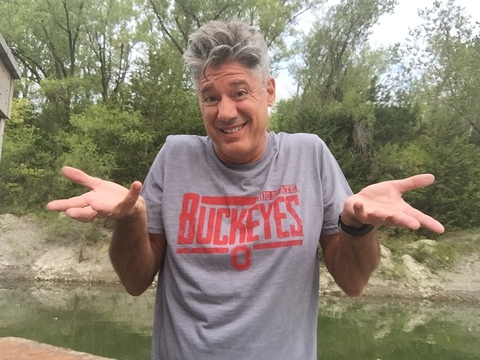 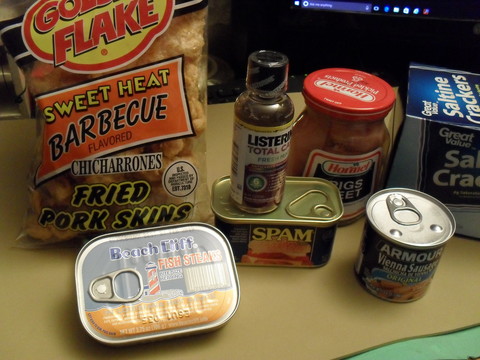 BUT WHEN DO WE GET TO SEE ACTUALLY EATING THE PICKLED PIGS FEET AND SARDINES ???

Mmmm. Cuisine combo sandwich: cracker, spam, sardine, pork skin, vienna sausage, and then cracker. Pig's feet need to be deep fried as a snack on the side, and then toss the rest in the soup.

Your right Carl that Scarlet and gray really brings out his highlites.

ONLY GOES  TO SHOW; BRUCE IS  A FOOTBALL FAN !!

Bruce looks good in Carolina blue.......I think we need a do over with one of those giant Carolina Coppernose Gills that Bruce has made famous!     LOL

WHEN DO WE GET TO SEE BRUCE ACTUALLY EATING THE SARDINES AND PICKLED PIGS FEET ??  LOL

I'm going to eventually do this justice with more detail...but here goes.

From the top.  I was fishing with my awesome Nebraska Cornhusker shirt, and as you can see, I was catching some really nice fish.  For some reason I became compelled to see if changing my shirt would change my luck.

When I put on the Arkansas Razorback shirt, I noticed that all of the fish I was catching were really small, maybe because the football trophy case in the Arkansas athletic department offices is so small...I guess you don't really need much room to put anything there.  I think maybe they once won their conference division...maybe not.

When I put on the West Virginia shirt, I noticed pretty much the same thing.  Nothing really of consequence ever comes out of West Virginia.  The fish aren't very big either.

When I put on the Penn State shirt, that's when things got interesting.  I noticed that the fish all seemed much smarter, but as you can see from the photo, what really happened was that I got dumber.  Definitely needed to take the shirt off quickly.  I was bleeding IQ points.

When I put on the Texas A &  M shirt, I noticed that the hat kept turning itself sideways.  I think maybe I was channeling the ghost of Johnny Manziel.  But then I realized he wasn't dead yet....just his career.

When I put on the Auburn shirt, I caught fish, but they were all stinky, just like the current football team (Unlike the amazing 3-0 Cornhuskers).  I had to hold the fish with hemostats to keep from getting the smell all over me.

When I put on the Alabama shirt, the first fish I caught was immediately labeled a 5-star recruit.  I tried to sweet talk him into coming to Nebraska, but he said his ACT score wasn't high enough to play in the Big Ten.

When I put on the Tennessee shirt, I realized that I had to put it on backwards to make it fit.  Evidently a lot of things are backwards in Tennessee....

When I put on the Ohio State shirt I realized that I immediately forgot how to fish.  I even dropped the rod and reel in the lake.  After I took it off, I realize that my nipples were burning.  Don't ask why, but it's the honest truth.  Something poison in the material I guess.

More later on the food I was sent.  I've sent it to the CDC to be tested first.  When it comes back I'll try it and report back.

Mikey-D replied to Bruce Tomaselli's discussion Locating Bluegills in Summer
"I would have to agree with Jeff on his reply 110% I have seen surface temps here in Va. 85deg. have…"
19 hours ago

Jeffrey D. Abney replied to Bruce Tomaselli's discussion Locating Bluegills in Summer
"Water temperature is one of the most important factors to successful fishing……in my…"
yesterday

"Thanks Bruce, great part of fishing this region……"
yesterday