I cast my fly near him and he inspected it but then refused it. I worked him for a while before a small bluegill shot out and grabbed the fly. I jerked the small fish out of the water and "relocated" him swiftly, and fortunately the bigger one didn't spook. A third try and the big guy ate - then charged toward some curly leaf pondweed. With my fly rod and 2 LB test I was risking as much pressure as I could, knowing also that it was a small hook, but it wasn't until I got him to hand that I realized just how big he was! 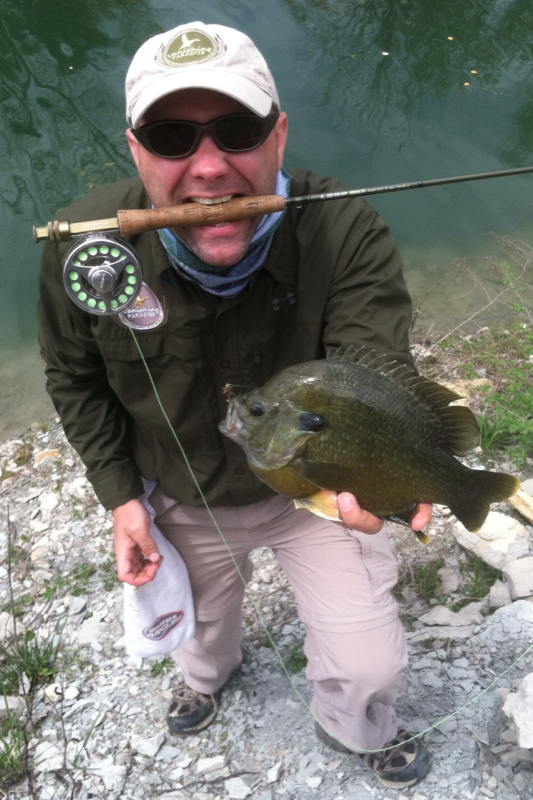 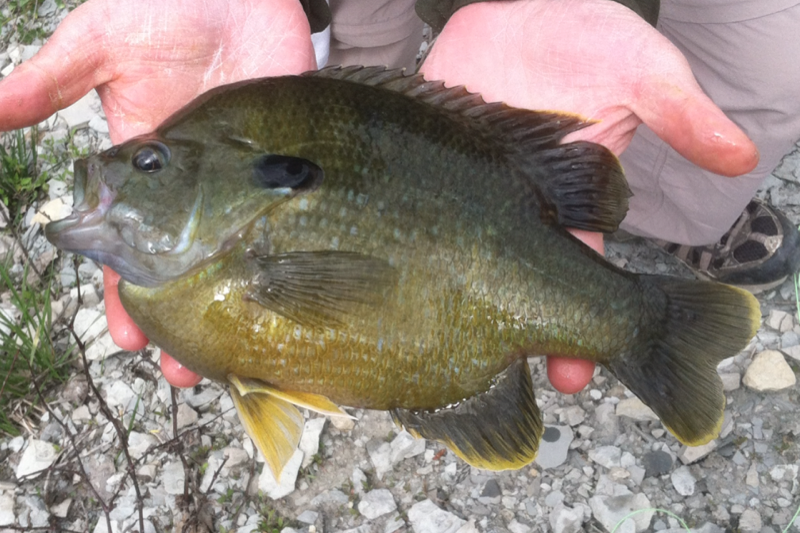 Still swimming - release giants to preserve excellent genetics - and provide another amazing angling opportunity to someone else. This fish was a blessing, I'd sooner share that with someone than not, wouldn't you? Fantastic fish sir, love the orange fins of the green.  That is a monster for the fly rod w 2lb!!!!   Nice Catch

Thanks, guys! I happen to know someone whose initials are BC caught one as big or bigger this weekend ...

Great story and a great fish on the fly! Congrats!

Now that's what it's all about - 2 lb line, fly rod and HOLD ON! Great fish - catching on like that on gear like you did is my dream. Hold on and enjoy!

Just a killer of a hybrid! Congrats...I think I know where this one lives!

gillzilla!!  that's a hog!  beautiful gill !! glad you released it to fight another day! just hope whoever catches it next will release it to!