Sorry for the tease- there is a lot to talk about regarding this Saturday & Sunday's bank fishing championships. My personal highlights and recaps of the ordeal will be played out in this space. There was excitement, there was drama, there was lightning, there were lots of fish and it was hot.
I survived the fishing and the elements but was trailing from start to finish and playing catch-up on all three sessions - not a good place to be. I was forced to rush fish in and…
Continue

Work has kept me away for a while, but I am back now. Safe and sound.

I went to lake Thunderbird last weekend to catch a few fish for a recently revamped 30 gallon aquarium. I grabbed up a very light spinning rod (my flyrods SHRIEKED as I went through the door). The rod is actually made from a seven and a half foot, two weight flyrod blank. I found some strike indicators to use as bobbers, a few small split shot and some size fourteen…

I just caught a bluegill that is less than a inch long on a size 14 hook.

It's just plain hot here in Georgia. Been out a few times but can't seem to find many fish. I've fished deep on the bottom with little success, thrown slow falling ant patterns on a fly rod to see if I can locate them in the water column with still little success. Bounced crickets and worms off the bottom. The water temps have been in the 70's and up. Gone early in the morning and at sunset and again, little luck. Any thoughts from you experts? Nick

Hi everyone,
Just got home from a belated Father's Day trip at Lake of The Ozarks, here in Missouri. Spent the last three days with family and snuck out early (4:30 am.!) each morning to do some fishing. Nothing like motoring to your favorite fishing spot under the cover of darkness and a full moon!
Ty and I fished for Hybrids early in the morning, using 5" swimbaits, in a shad…
Continue

I am still trying to figure the mechanics of this site out. I get emails saying somebody made an entry but I can not find the post. I figure by the time I am 100 I will be able to navigate between blogs, forums, groups and my profile (what ever that is.) Please do not tell me that there are other places these posts can be hiding! OK, I have finished ranting. It is time for another foray into the unknown wilds of BigBlueGill.com in seach of the missing information.

I had a blast the other day. I took my 15 year old Grandson fishing with me. We went to City lake in LaFayette Ga. He had a great time also and we caught plenty of Bream. Well I had the pleasure of outfishing him about 3 to 1 so I got to ride him some. Somehow he almost lost a Zebco 22 in the lake, I heard a splash and said what was that, He responded the reel came off and feel into the water. He unreeled the whole thing getting it back up to the top, but I got my reel back at least. It was a… Continue

The keys to success or a piece of the code.

Many times we may wonder is there just one rod that is right, what is
the best jig, what is the best technique or where is the best place to
fish? In a nut shell or shall we say fish creel, the answer is No.
There is not just one thing that will make you successful on the ice
but rather the proper use of many things. With the correct use of a
given jig fished in an appropriate way for the conditions and matched
with a rod suited for your technique you will be… Continue

bought a Bitsy Minnow at wal-mart yesterday and it turned out a great buy. i caught a total of 15 nice blue gill and a small bass. i used a twitch and pause retrieve which proved deadly. if you don't have you should get one they are dynamite 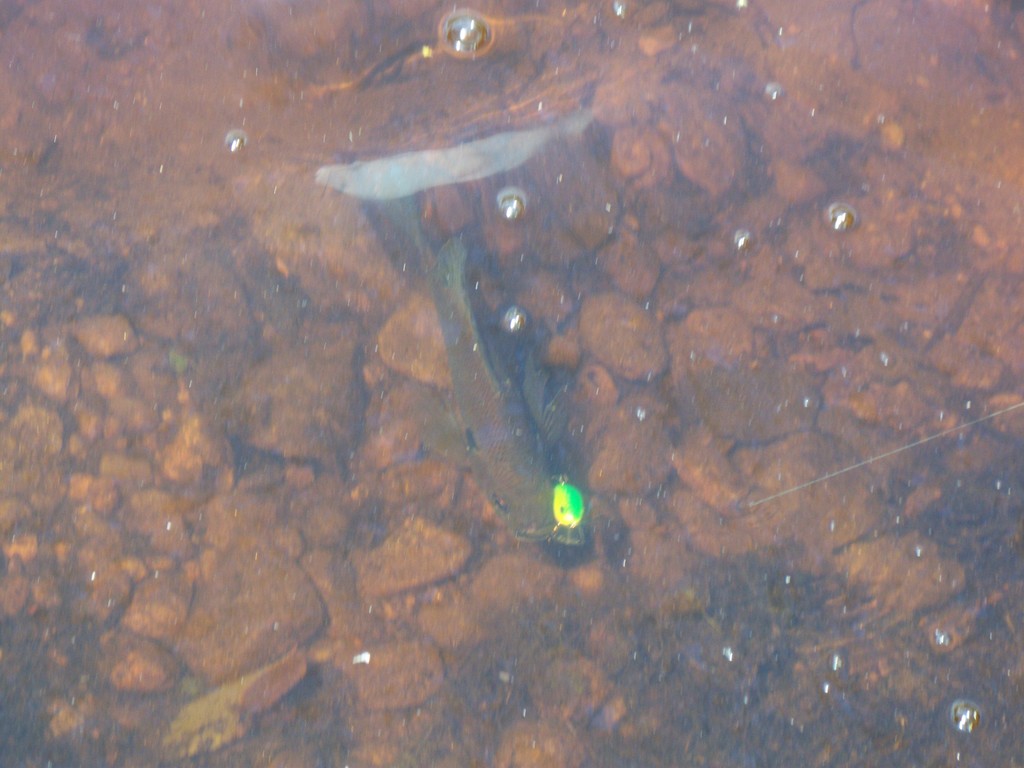 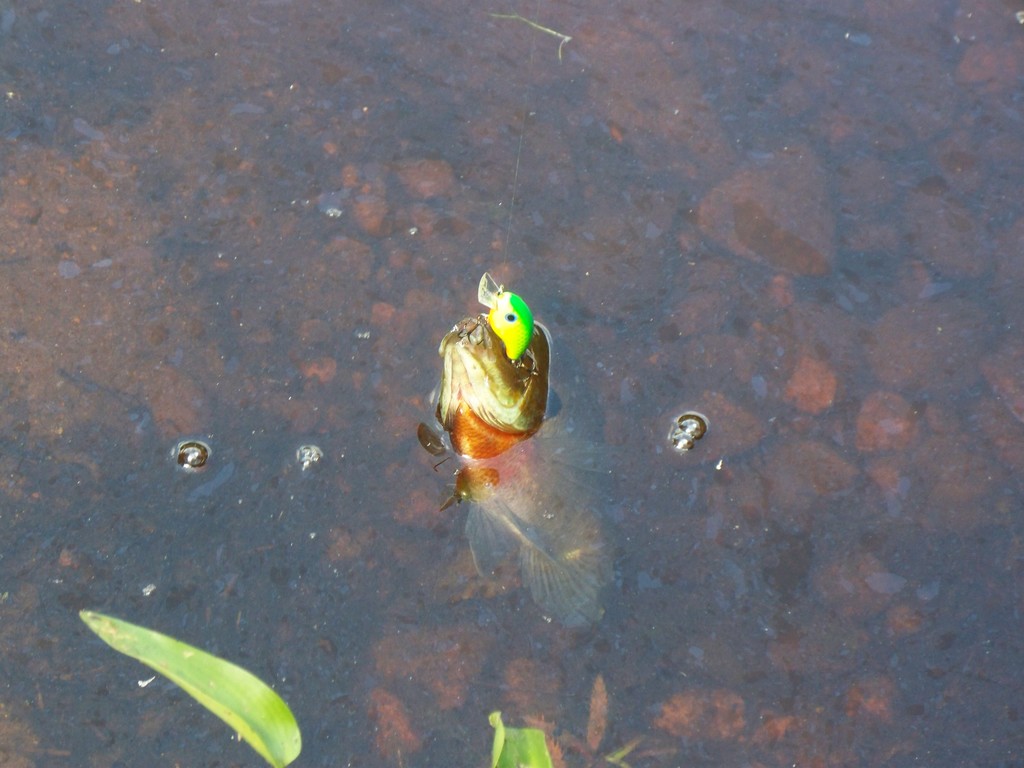 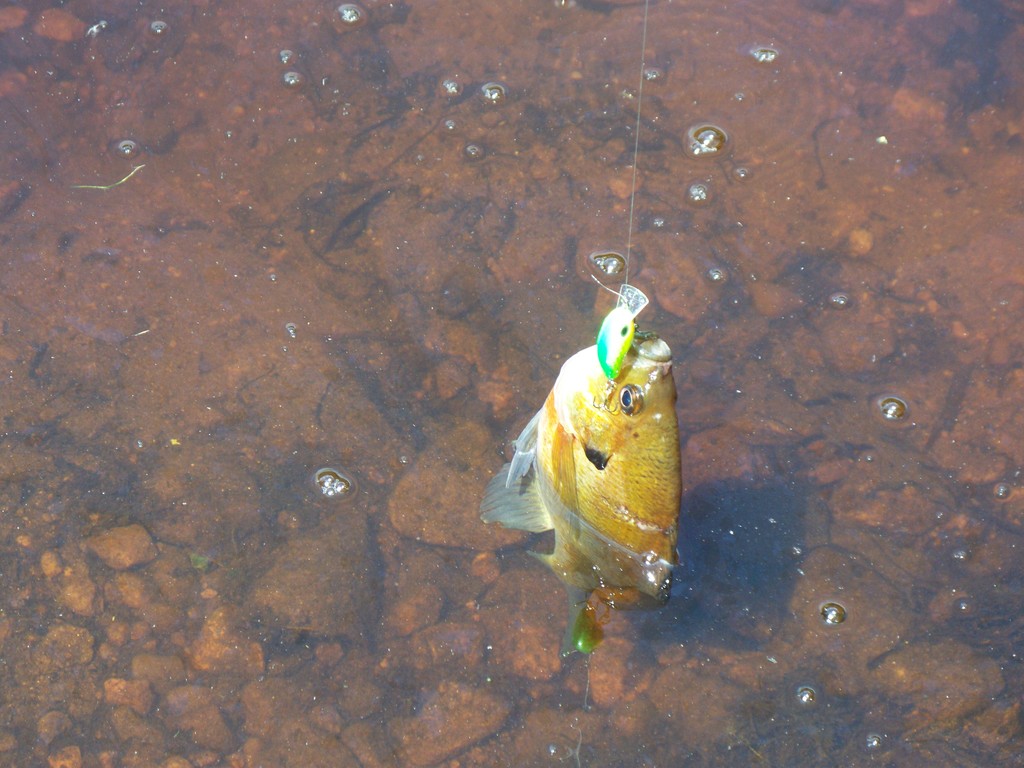 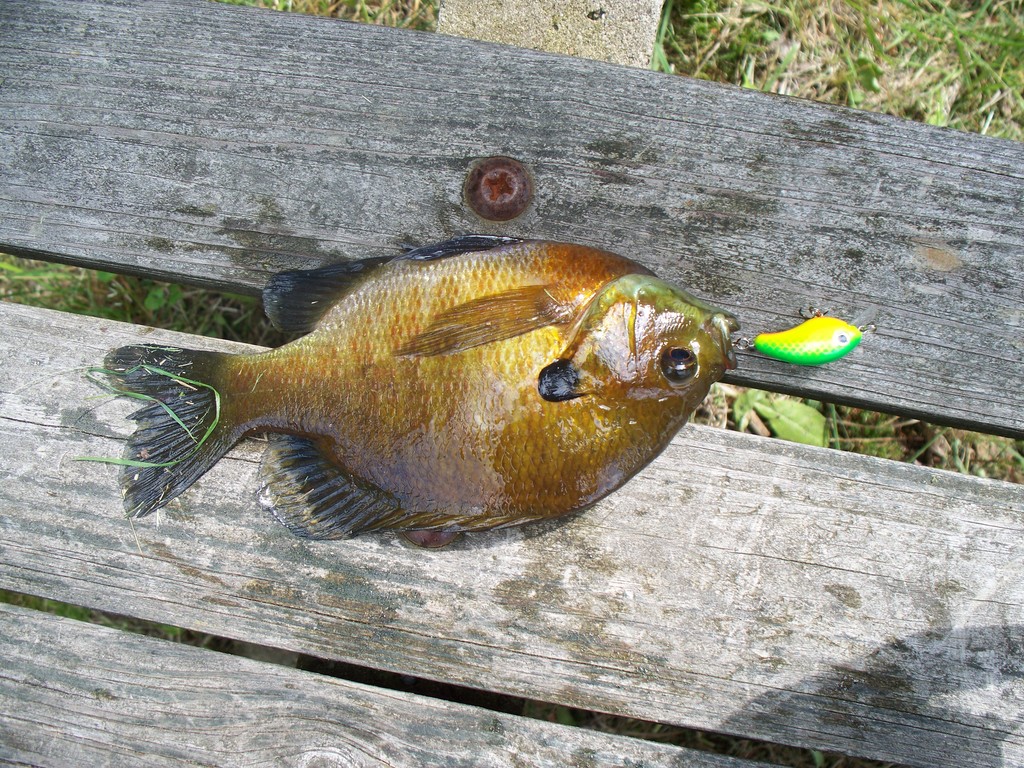 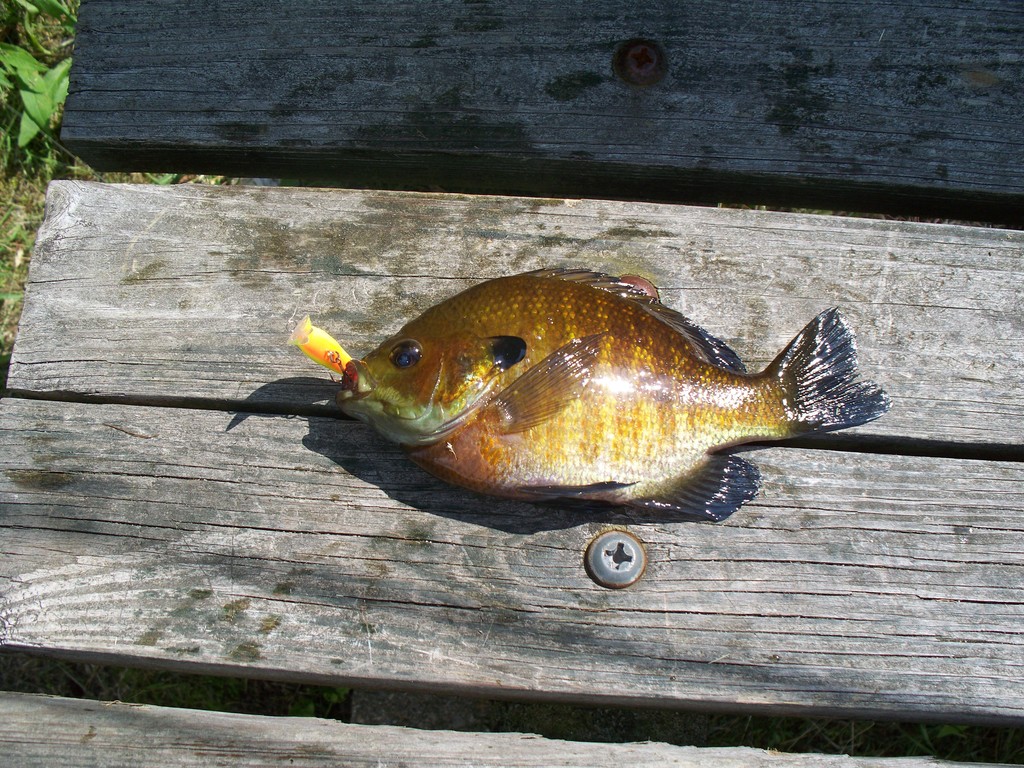 Ok,
Here is the space where I will provide updates for this weekend's U.S.A. National Bank Fishing Team Qualifier. Doing well this weekend will mean that I reserve my spot on the team that goes to Italy and fishes against 45 nations.
I am very excited. Much to do. I have a bunch of tying to do tonight. Check back here while I prepare and I will post some pictures of my float rigs while I prepare them. Prep-cam?!
I also will be doing…
Continue 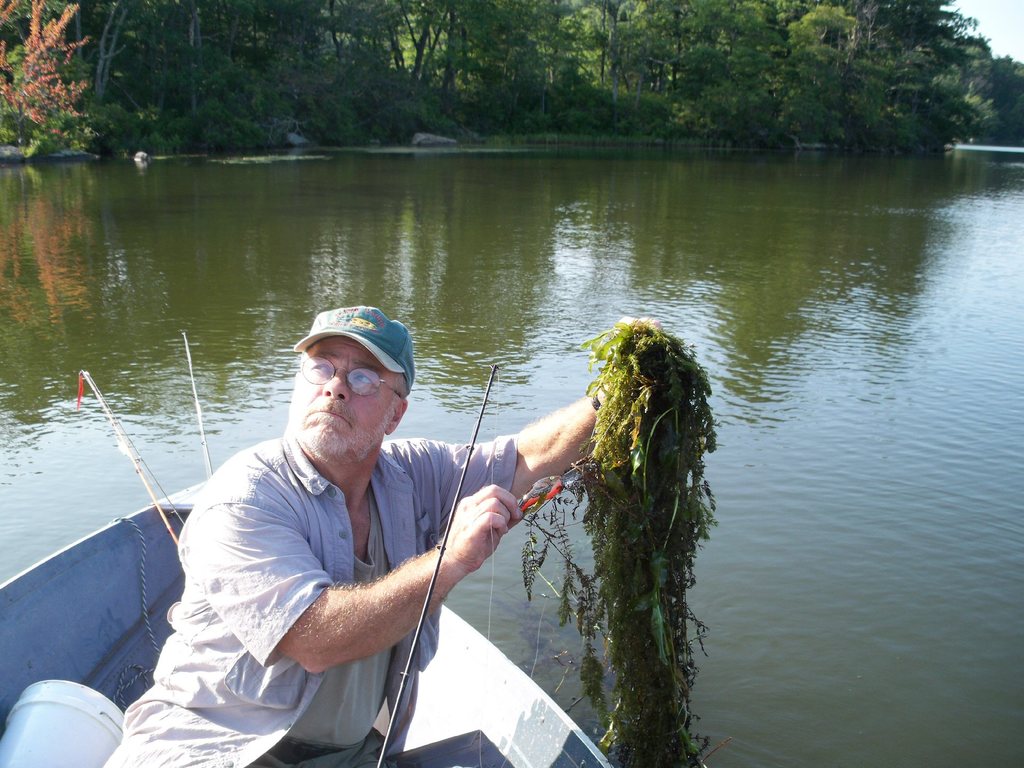 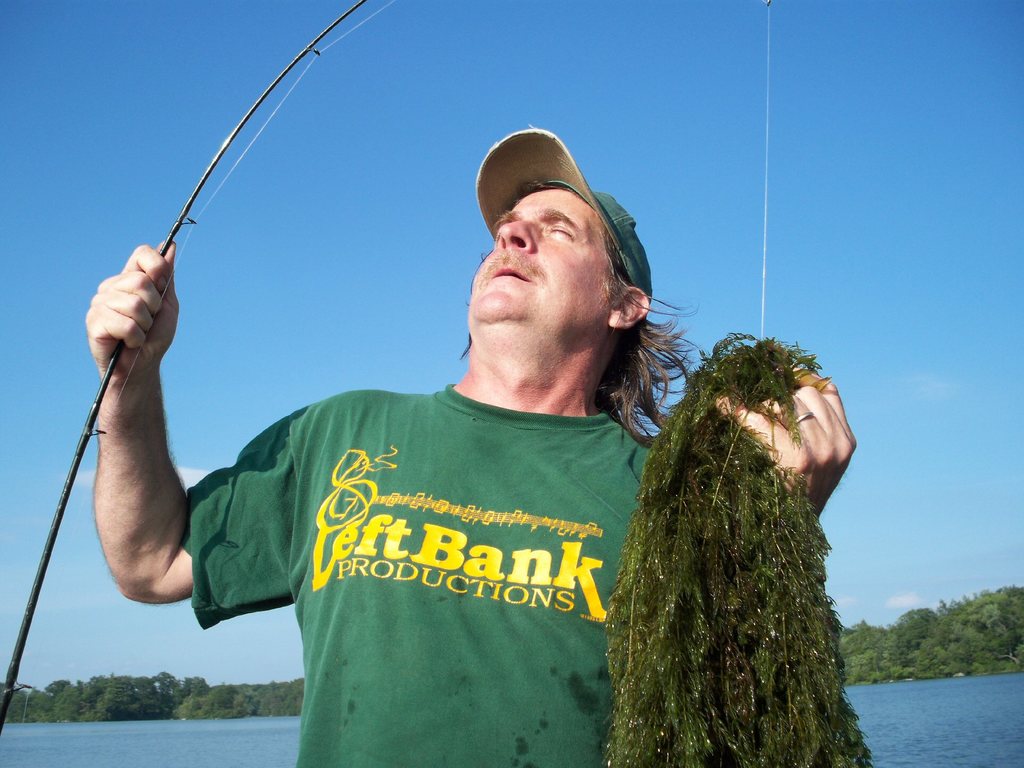 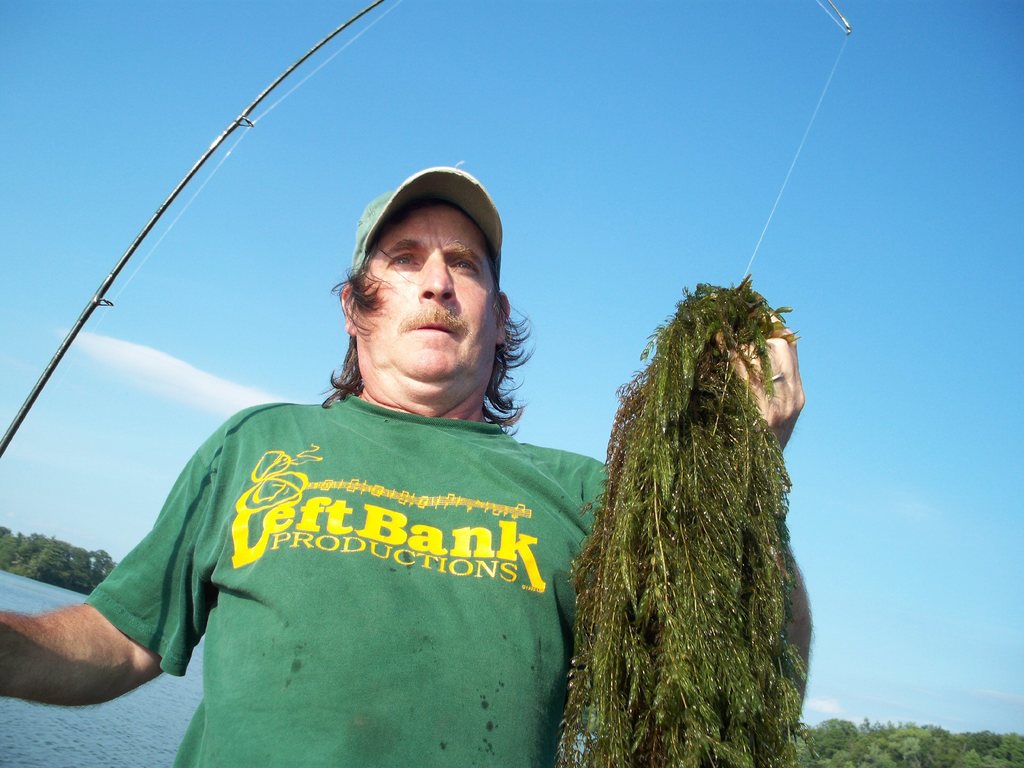 I had no idea that Gulp nightcrawlers and maggots were worth anything, but today I went by k-mart to get a new rod for my ultra light and while I was there I realized that I didn't want to travel to a bait store to get bait, so I decided to get a few art. lures and I decided to try gulp ( thinking it was a waste of money), but I decided to proceed.....so, I went to a local pond I frequent , that normally has abundance of bass, and gills ....WHHHOOA!!...I was there using Gulp, and in about 1… Continue

Bluegills on the river

Caught 50 small bluegills on the Alabama river Monday. Using a white popping bug.
NO size to them, all small, but fun anyway

Any info on Shenendoah River fishing 'round Front Royal Virginia

I am looking for experience from anglers that have fished the Shenendoah River particularly around Front Royal Virginia.I'll be there fishing two days third week of July.

Thanks for any tips or contacts!

Here are the results :

Tips to improve your success.

How does this make any sense? Good Question. If you properly manage your gear, you will have more time with your line in the water.
I will give a few good tips to help keep your lines wet in a more
productive manner. A dry line catches no fish!
Tip 1: Auger
This is the quintessential beginning to your fishing trips. If you are
trying to drill your holes with a dull… Continue

Smallmouth and Largemouth ,can they hybridize?

Never heard of such a thing but this fish made me wonder. It is a largemouth as I see it but looks almost like the color of a bronzeback.It didnt fight like a smallie I'll tell you that. It's too green to be a smallie and doesnt have smallie verticle bars but where are the side markings and green/white/black colors of a 'normal' largemouth?…

I have found that pieces of clams work well as bluegill bait. Don't get minced clams as they are too small. Also small elbow macaroni cooked half the time recommended, and then cooked in clam juice until the clam juice is almost gone works very well too. It looks like a larvae, they love it.

These last couple of cold fronts that have blown through our area seems to have shut the fishing down…well seems is the key word. Actually you can still have a pretty good day at catching your target species.

Typically when I see a cold front my first thought is to down size my bait. The second thing I’ll do is slow down my presentation.

These two options in creating that…
Continue

Hey Jim, Just came from the photo gallery and saw your greatest keeper ever!! As a grandfather of three, there's nothing like it. Congratulations again, and hope the family is well. Nick.