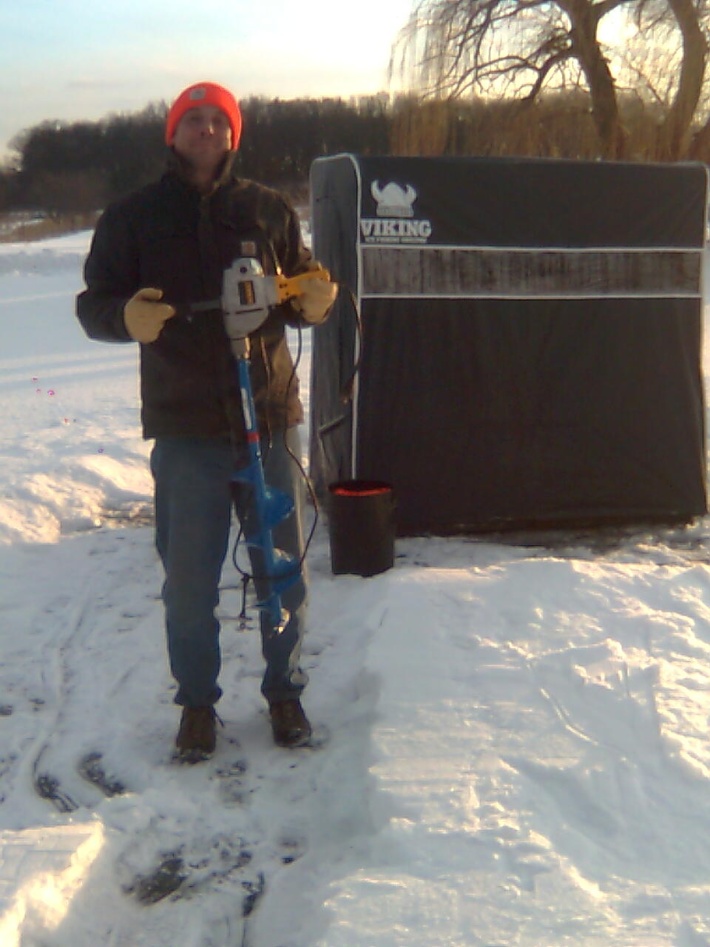 How to send a bad Bluegill to the corner? (in a round pond)
16 Replies

Kevin Hobgood has not received any gifts yet

What type of animal is a bluegill?
Yes I have a pond. 1/4 acre, HBG,LMB,CC. serenity now.

Kevin Hobgood said…
Thank you very much for your reply. You have touched on several areas, every one, important to me.1) I haven't started to feed yet,(never have-just moved in) however, the guy I bought my house from, said he used to feed them."Not more than they can eat in 20 minutes", is what he told me. I don't know the name of the food though. What's yours? (both kinds, please). 2) Biomass? Never even thought of that, but, I ain't all that smart anyways. So thanx again. 3) 100% Agree. I've never been a big fan of catfish either. (I do like Coho and Steelhead, with an occasional King in the smoker). I too, want a few jumbos in my pond, mostly for my friends kids to catch though. So I'll have to monitor CC populations as well. Switching to predation, my concern was that the CC were so big, they would just hoover up BG eggs? Do they eat BG eggs? Sorry for what I'm sure, seems like a stupid question, but I just don't know. The CC are bullies aren't they? Wouldn't they just kick a BG off their beds, for a free meal? As far as management issues, I do want BBG. I've only caught 12-15 in the past month, however as Bruce has pointed out, they are HBG. I'm going to make that holding pen, next weekend, for HBG only.(well, maybe a CC or 2). Next I must get my hands on some of B.C.'s BG!!!(I'd even trade insulating his garage for a few beauts). Now that that's done, I will admit, I have never caught CC like that before either. I don't think anyone has fished the pond for years, and when they (CC) saw chicken livers, they went nuts?!!! The pond is only about a 1/4 acre, but it IS deep(14'), I really need to ZAP the pond to get accurate numbers on populations, I just cannot afford it. If I caught those three, lost one, in 30 minutes, it's probably safe to assume there is a BUNCH of them, so I should be taking them to the 'tank' as I catch them? .......did the pics come through? If so, is there a 'rule of thumb' for measuring weight with only length and girth measured? Scale is nowhere to be found at this time. Thank You again for taking the time to help me, really.

Theo Gallus said…
Although I have never found a BG (or, FWIW, anything other than fish feed) inside a CC I cleaned, I like their (theoretical) effects on BG population reduction. I know a couple of guys with bigger CC than mine (theirs have gone up to 15 pounds, the biggest I have caught in my pond was 8lbs 10oz) who also have (much) bigger BG than I do; they both think the large CC are in part responsible.

What I don't like about big CC is 1) the amount of feed they consume (I hate buying 40% protein fish feed for my BG & LMB/HSB and seeing it hoovered up by a catfish who won't know the difference from cheaper 32% stuff), 2) the amount of biomass in my pond they take up, and 3) the way they taste (it's OK, but I don't like catfish as much as BG or bass). I am real sure that while they prey on BG, they are less effective predators than LMB on a pound-for-pound basis. I want some CC in my pond and I'd like a couple of them to be humongous, but I will continue to remove most of them I catch this year as I have done the last 2-3 years.

BG spawning is too prolific to be wiped out by any predator, or probably any combo of predators. If you are managing for big BG (that is the name of the website), however, any reduction in BG numbers in any of the smaller sizes is a good thing. I don't think cats are as good at this as LMB, but if you want catfish in your pond, a reasonable number of them won't (noticeably) hurt your BG management efforts. If you don't want them, they aren't necessary and you may as well remove as many as you want/can catch.

I will add that 3 large CC in 30 minutes is 2 more than I have ever caught in that amount of time in my 1 acre pond (stocked with 100 CC originally, with some successful CC recruitment since then). You may have a higher density of CC than I do (even higher than I once had). Or maybe you're a much better (cat)fisherman than I am - that wouldn't be too hard. Any idea how many of them you have in there?

Bruce Condello said…
That's strange. If you don't get it this time then click on member "Aaron Matos" and message him--- he'll get you fixed up. He's the wizard!

Bruce Condello said…
Go to "my page", then under your photo, it should say "my photo". If you click on that you should be able to delete your photo, then try again. Maybe check your photo as it appears on your computer and turn it from there? I'm just guessing, and if you don't get it contact me again and I'll have Aaron Matos do it. Don't feel bad, because I just now figured out how to check my messages! :-)

Kevin Hobgood said…
I don't know what kind, but yes I got bluegill, I will take a pic of the next one I get. They are nothing compared to the size of the monsters you have created. MONSTERS.

You got a nice low member number.

"Like fishing it gets fast and furious at times and they latch on….other times a bit…"
3 hours ago