With my son's middle school baseball season ending, I actually had some time today to test out a fly that I tied up during the winter months.  Got in from work and loaded up the kayak, grabbed my flyrod and headed to my favorite lake that has a good gill population.  Saw a few surface smacks as I launched so I had a good feeling my fly was going to be met with approval.  Paddled into an area that I knew had beds in the past and rolled out a cast and watched my fly land with a soft splash.  Ripples hadn't even settled when my fly was brutally smacked.  Mr. Bluegill limbered my flyrod up with a few circles around the yak.  And for the next couple of hours I watched bluegill, redears and the occasional bass ingest my fly.  So what fly was it?  My cricket pattern.

Sounds like an awesome afternoon Rex, glad the new pattern was a success!

That's amazing, it looks so life-like! Must have taken forever to tie it!

GOOD LOOKING PATTERN and it WORKED!!!! GLAD YOU MADE IT OUT!!!

Nice!  Nothing like seeing a new pattern get slurped!

Glad you made it out and caught some fish on your cricket. I know that had to feel good especially after this winter never seeming to what to end. Hope you get out there and catch more hey and catch a couple for me. GOOD FISHIN....... 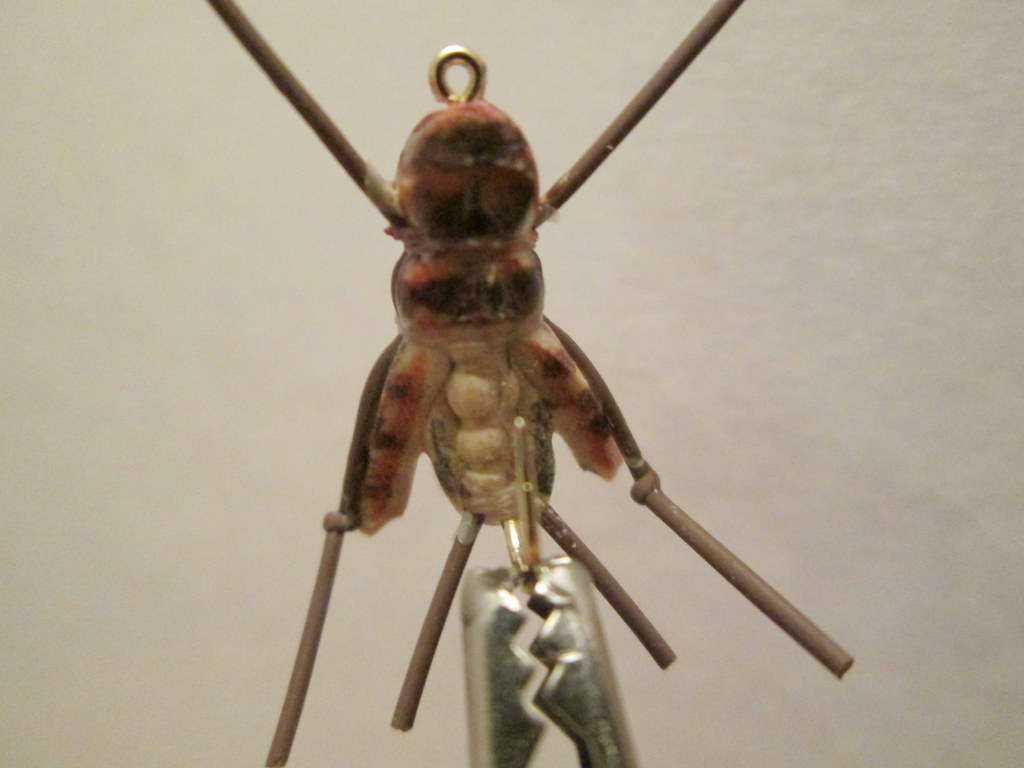 "lolol;; it must have been swimming around with its mouth wide open; and just happened to pick up…"
1 hour ago

"beautiful colors on this one John;;  it's always a more fun to catch something you made;;…"
1 hour ago