A starling picked up a rooster tale I tied on to try out a new rod in the back yard.  Two seagulls ate my minnow, A mallard and  a black duck got hooked when they swam by unattended popping bugs took two times to learn my lesson.  A low flying pelican got tangled in the line from my surf rod and became an attack pelican while I cut it free.  Two baby alligators ate my  minnows (their mama was highly upset and I had to move to a new spot).  I hooked a full Cooper river size gator (8 ft?) using a 10" bream for catfish bait it broke a seven foot med. action ugly stick.  Various turtles.

I caught a small Bass the other day, and as I was taking the hook out, it spit out a baby Bluegill, not but an inch long. (IT WAS STILL ALIVE)

Caught this cutie in my minnow trap the horses knocked into the pond: 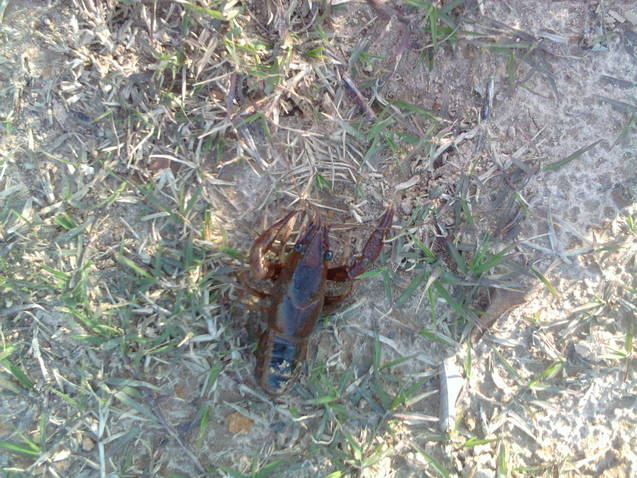 @ Israel - we used to catch seagulls and pelicans back in the day. We would catch a small fish, tie it on the line with no hook and cast it out. The birds would come swooping, pick up the bait and fly off. Once airborne, we'd close the bail on the reel and the fun was on.

This didn't hurt the birds, but boy was it it a hoot!

I caught a seagull that chased down my gitzit jig last summer.  Had to have a buddy hold it down while I got the hook out of its wing.

Years ago, before  becoming the purist that I am today, I used to fish for bass. I recall one morning when I was fishing from a boat, throwing a large, skirted hula-popper towards the bank and retrieving it. I made a cast, waited for the water to settle, and twitched my rod tip 3 or 4 times to bring the lure in. I saw some movement on the surface that I believed to be a Bass headed right for it. I waited for a smashing surface strike, but It never came. Instead, a pair of large eyeballs surfaced behind the popper. It was a huge bullfrog. I twitched the lure 3 more times, and I mean heavy, solid pulls. The kind that produced that infamous ploosh, ploosh, ploosh sound. The eyes vanished, only to reappear again behind the popper, only closer to it this time.

Three more pulls and again the eyes disappeared, only now when they came back up they were so close to the popper that I couldn't tell where the lure's skirt stopped and the frog's eyelashes began. I must've waited for a full minute, but nothing else happened.

Then, I twitched the lure so gently that the water barely moved. Instantly, that bullfrog engulfed the popper. I remember being amazed at how huge that frog's cavernous maw looked. He was hooked of course, so I reeled him in which was no easy task, and unhooked him. He was certainly a big frog, but that hula-popper was an inch across and almost 2" long, without the skirt.  That's when I became aware of just how predatory a large bullfrog can be.

I caught a Mountian Boomer sitting on a rock on a Fly!!!!!!! 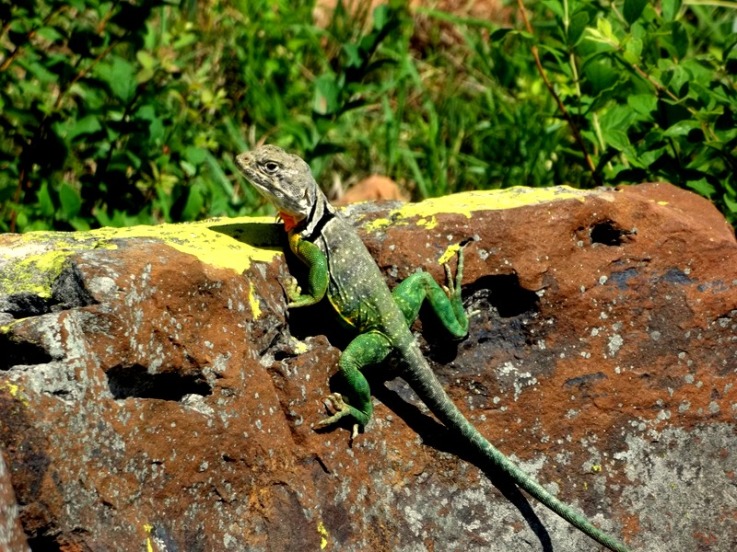 Fishing in a local saltwater harbor a few years ago, I had a bite on my bait, I set the hook and reeled in an old soda can.  My line went right down into the opening.  As I held the can and looked into the opening at the top, I thought I saw an eye? looking out at me!  "Huh?"  Then, suddenly out came a long tentacle, and another, and soon a whole baby octopus crawled out of the tiny opening, over my hand and down onto the floor of my boat, with my hook stuck in it!  I grabbed it, gently pulled the hook out and put it in my bucket of ocean water, thinking I could probably sell it to a tropical fish store on my way home, but he was so cute and cool looking, that I felt sorry for him and released him back into the bay.  A strange and surprising catch for sure!

"Thanks John….I’m going to try to find some and give it a whirl…..catfish are…"
15 hours ago

"I use crawler pieces on the floating Jig'-heads for Perch and Bullheads. Work…"
19 hours ago