"Well you've come to the right place guys and gals, because you KNOW bigbluegill.com puts a smile on your face! And now we're gonna' give you the chance to put some new bugs in that broken down tackle box of yours, too!

BBG member Tooty wants to give away some of his infamous and deadly, hand tied Bluegill bugs....and we're going to help him do it! The rules are simple.....we all know that Big Bluegill Rocks.....now I want to know WHY you think so!

Tell us your favorite thing about BBG.com.....what do you like the most.....anything at all. There are no wrong answers here, and everybody that responds will be entered in a drawing for Tooty's bugs. It's just that simple. Mods and their families are not eligible to participate but everyone else is, so what are you waiting for! Believe it or not, spring is just around the corner and those big gills' are gonna be hungry.......they're gonna' want to chow down, and this box is just what you need to set out the buffet. So let's hear it......don't be shy, share what you like about BBG with all of us:.................... 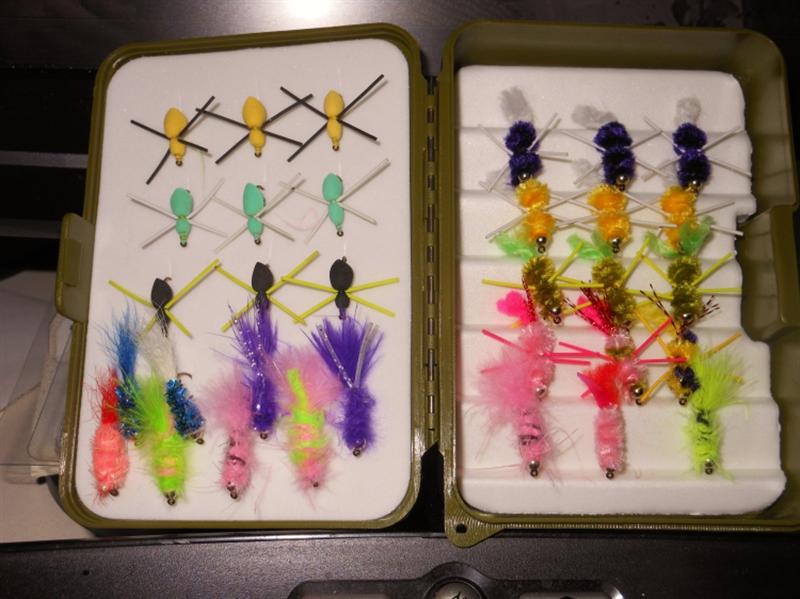 The contest starts NOW, and will run until Saturday, Feb. 16th, at 7:00 pm. At which time I will collect the names of everyone who entered and have one of my kids draw a winner....provided I don't get eaten by a giant HBG before then............ let's all be sure to thank Tooty for his generosity, and give a shout out to the man who makes this whole BBG thing possible also.....Dr. Bruce Condello!

TONY AND GAVIN once again I had to rely on you guys for doing this for me and  I really do appreciate it so much and also to DR. BRUCE "LEADER OF THE BAND" FOR his foresight and work on putting the site together in the first place, THANKS BRUCE. Also thanks to all who entered the contest and wish I could send everyone a sample of bugs that are on this site ! LOTS OF DESERVING FOLKS HERE !!!!

Congrats to Vince, I know you'll get much enjoyment from all your new flies and a big thank you especially to Tooty for his generous donation and for your time and generosity.

Thanks Tooty, Tony and Gavin.......congrats Vince and good luck....lets see what the bugs will do swimming in Georgia......

I  placed the names of everyone who entered into the hat..er, cricket basket. (It seemed more appropriate for us) We had a total of 25 entries! Well done everybody!

My youngest, Gavin, blindfolded and hands washed for drawing....(washed twice actually, as dad wasn't satisfied with the first attempt). 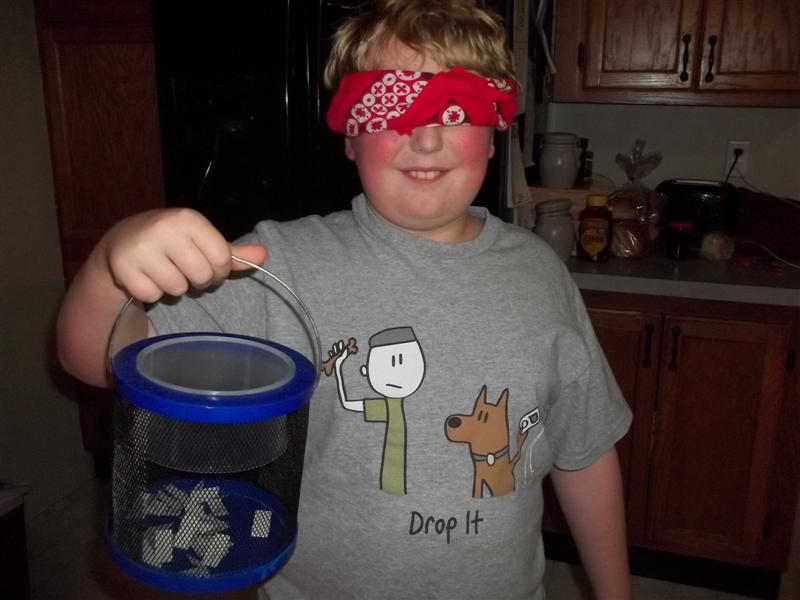 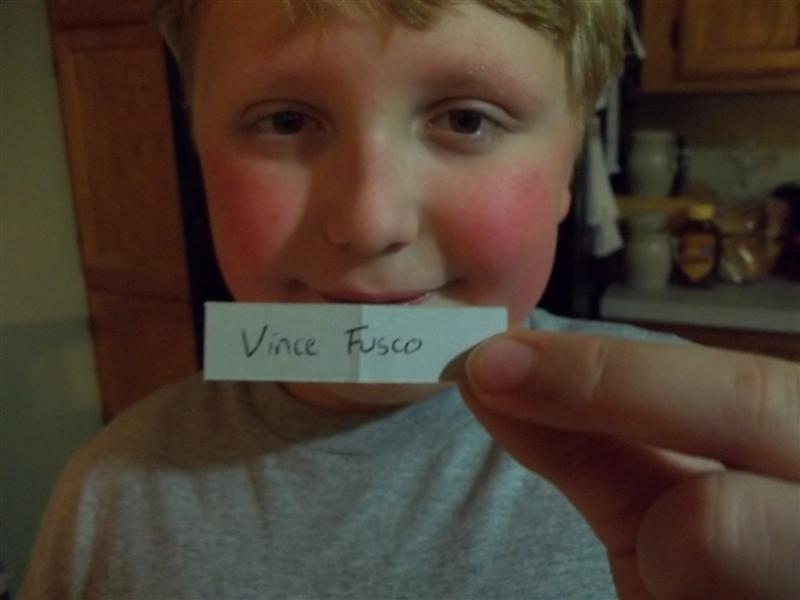 Congratulations Vince!! All you have to do now is send a PM to Tooty with your mailing address, and those bugs will be on their way to your doorstep! Thanks everyone for playing and sharing your thoughts with us! And thank you Tooty for your generous donation that provided us with some much needed entertainment during this long winter!

Bruce....20 new BBG members during the past week......all due to your vision and foresight. Thanks for having us.

I flyfish year round its just really hard to hit that 6 inch hole in the ice.  I like the site just for the reading and info.

I actually found this site by accident while looking for clips of Buck Perry spoon- plugging and luckily came across something called spoon chucking, checked out Bill Modicas tutorial and of course the rest of BBG. All of the great people, tips, pictures, camaraderie,debates have made this one of the best accidental discoveries ever.

This Was a Productive Pocket......

"The gills were in front of the pads and in the open pockets.....the Warmouth , Fliers and Crackers…"
22 hours ago