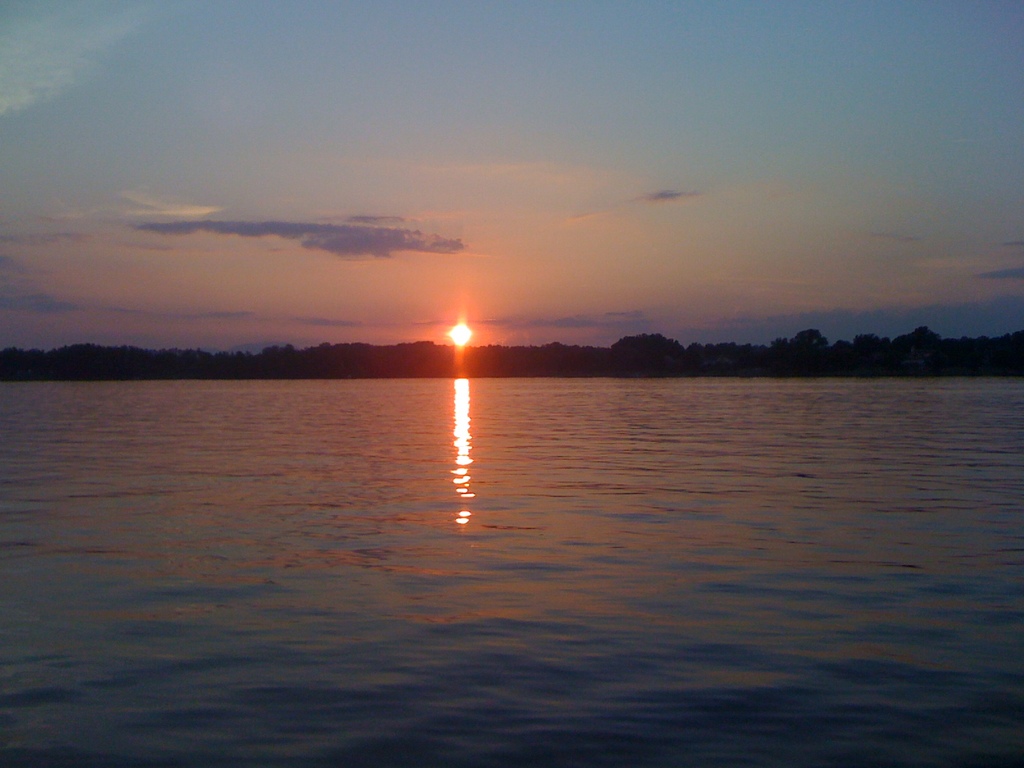 Logan and I got to get back out on the water last night for an hour or so with one of my best friends.  The boat ran like a champ and I believe I resolved the fuel line/tank issues.  Headed straight for a spot that I thought was going to hold fish and we had the first fish on within 10 minutes of getting on the lake.  The first cast went down before it ever hit the water good and my friend had his ultralight doubled over.  Less than 2 minutes after he landed that fish I got to witness something that I have only witnessed a few times in my life.  We were positioned a ways out in front of an old wooden dock that had deep water underneath it....around 27 foot deep!  Less than two minutes after he landed that fish bluegill come up schooling on the surface and they were so thick it looked like the water was boiling and swirling.  You could see their thick backs on the surface as some of them actually come up out of the water.  They did this off and on for 15 minutes and all you had to do was get close to the school and you immediately hooked up.  It was all smiles back to the landing last night and I turned to take a picture of the beautiful painting in the sky behind us as we were about to head off of the water.