So, a fish story, My brother Larry is over from North Carolina for our annual fishing trip and we decide to run over to Kentucky Lake the first day. So, we start looking for Crappie and that's pretty slow so we begin to look for some bluegill. He is throwing a 1/32 oz jig and we are catching a few. I decide to throw a pink bluegill slider on a 1/16 oz roadrunner head. We are both picking up one here and one there when I make a cast next to a stickup and get a nice thump. I set the hook and the fish makes a little run but goes deep. It gets straight down under the boat and starts shaking its head and I tell him to get the net cause it's a catfish. As soon as I say get the net, the fish makes a hard run under the boat. Now, I have no control of this fish. I am using a 4 1/2' spinning rod with 4lb test so I bend over and stick my rod straight down into the water to keep the line from rubbing against the bottom of the boat. About this time I hear a splash and a loud thump behind me in the boat. Larry says "No need for the net". I turn around to see a nice 17' smallmouth thrashing around in the bottom of the boat. It seems that Mr. smallmouth made a run under the boat and jumped like smallmouth do but, as he reached the top of his jump, he also reached the end of my line. The force of the jump and the pivot point at the end of the line caused him to somersault into the boat thus catching himself.

Now I am telling this from my brothers point of view since as I said, I had no control of this fish and had my back turned to the entire landing event. I wish I could claim great skill and talent as a fisherman but, sometimes it all boils down to physics, geometry and just plain luck 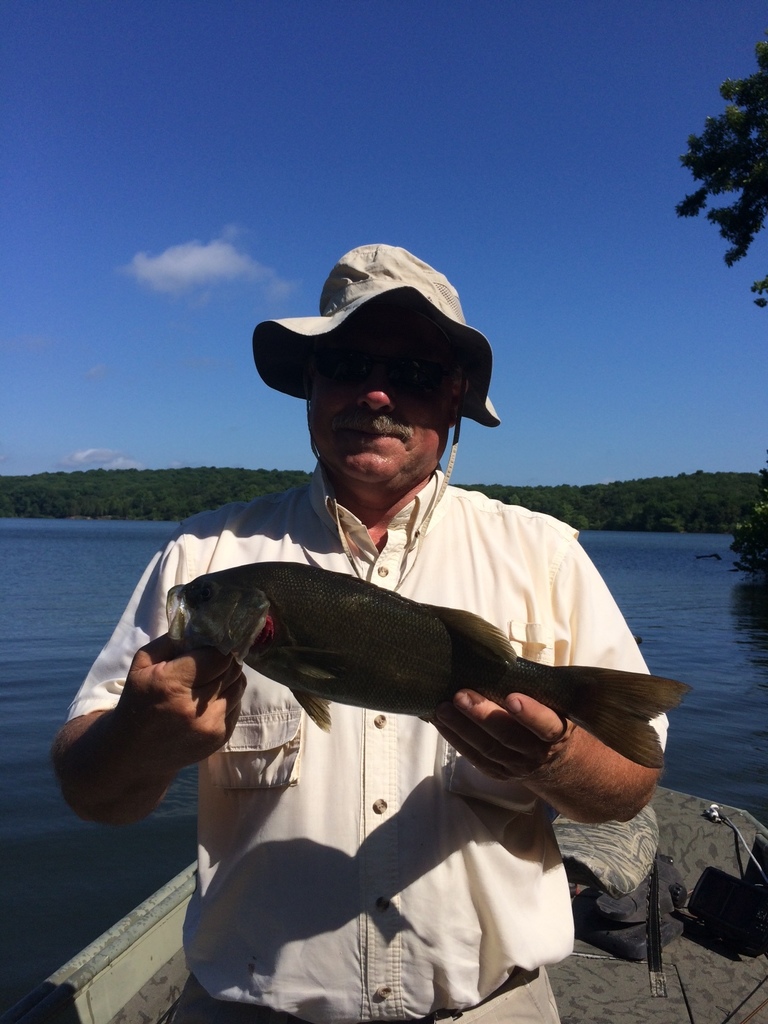 great story!!!... thanks for sharing.... it's amazing your line heldup!

"MMM looks good Jeff fruits of your labor."
23 hours ago