This was my first catch of a bluegill on artificial bait. It was a Trout Magnet grub. Up 'til now it's always been worms and the occasional scrounged-up grasshopper or cricket.

Shortly after, I got a crappie on the same bait. The fish was small but stout. I haven't seen a lot of crappie yet, but this one seemed really bulky and thick-muscled. It might grow up to be a really rewarding catch for someone.

A little after that, I snagged the grub and lost it, and almost immediately snagged and lost a panfish assassin grub, breaking my low-budget rod in the process. That was a good point to go home. 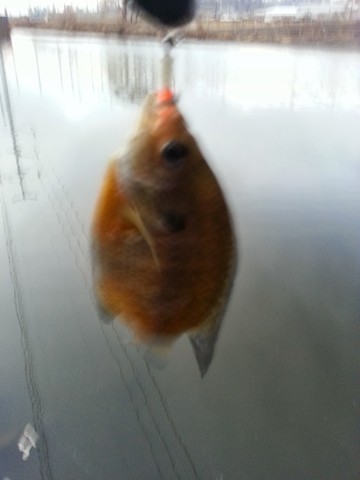 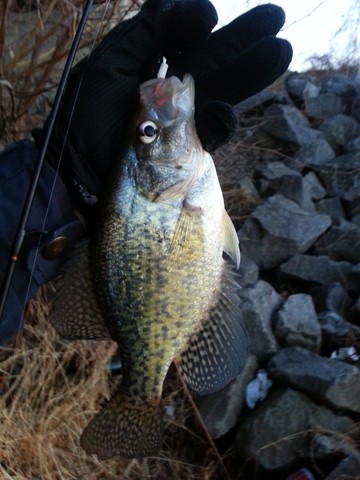 First off, congratulations on your catches Micheal! Trout magnets are great baits for panfish. Sometimes I tip my jigs with a live red wiggler. Hopefully you will get a new rod soon and be back chasing those gills and crappies.

your off to a great start!!  as I have learned from bbg -- tipping can make a big difference!!

Thanks, Jeffrey. I've heard of the tipping technique, and I like the sound of it. I had bought a jar of salmon egg bait that I can just leave with my stuff and not have to worry about, and I tried tipping with one of those. But they turned out to be so soft that it wouldn't even stay on. Not sure what I'm going to do with them now!

I also meant to mention that I still can't really tell a bite from a snag. With both of these, I don't know I had a fish until it broke the surface. Maybe when it's warmer and they can fight more vigorously...