Ok, I finally got a decent back-drop made for my vise.  Please note that for photographic purposes, I am using a size 6 3xl streamer hook, and 140 denier black thread for visibility.  I normally do these size 8 and smaller, with 70 denier thread.  Black thread can be used, as it gives good segmentation for the extended body, but a thread color that is a little darker than the marabou used will also work. 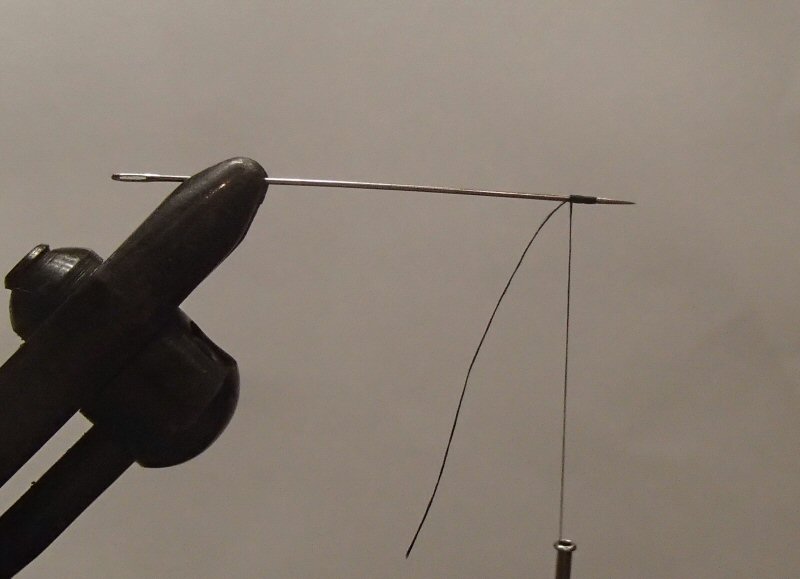 Mount a needle in the vise, and start the thread on the needle. Measure the tip of a marabou feather to shank-length. 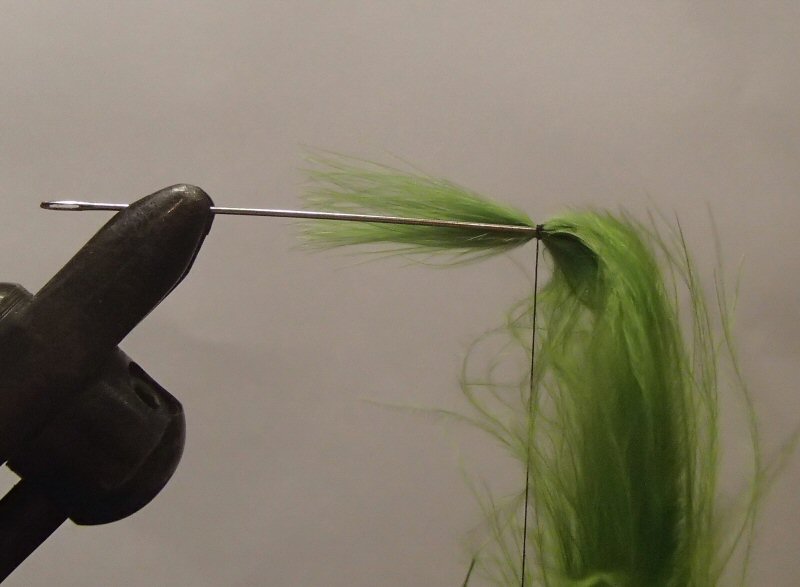 Tie the marabou onto the needle where you measured it. Spiral-wrap the thread 3/4's of the way to the end of the marabou barbs.  At this point, you really want to secure this end.  You might want to try a few half-hitches, but that's a really big loop to create and feed the other end of the feather through.  You might have better luck just brushing some head cement (Sally Hansen's) onto the thread and giving it a couple wraps. 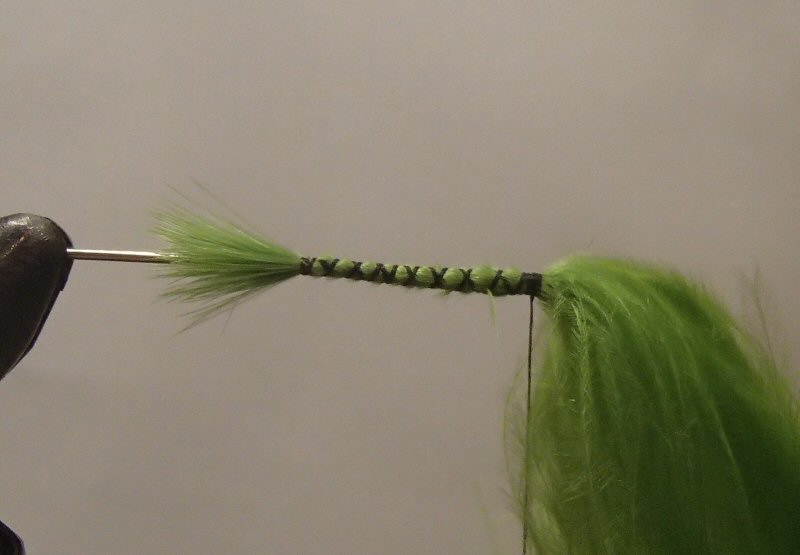 Spiral-wrap the thread back to the tie-in, and secure. I use a few half-hitches. Carefully slide the extended body off the needle.  Mount a hook in the vise, tie in the thread near the eye, secure the eyes with figure-eight wraps, then wrap the thread to the bend. 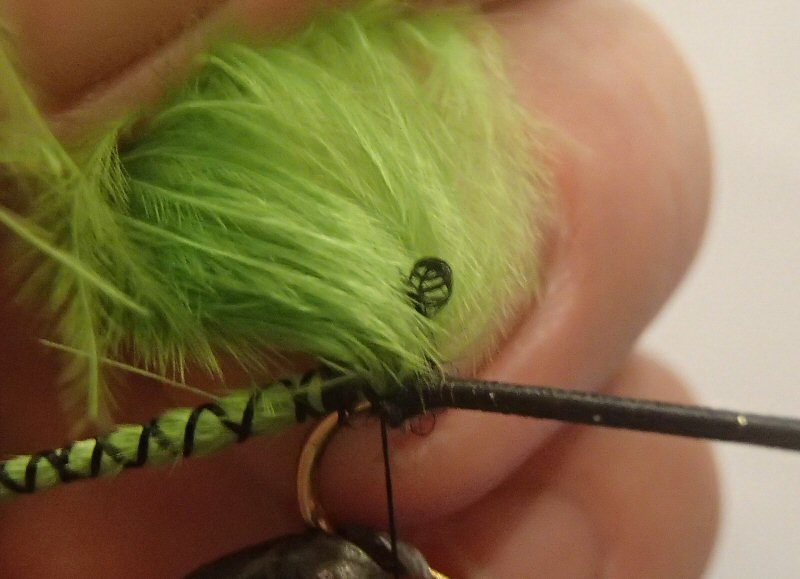 Tie the tail to the bend.  I like to do this just forward of the wraps I created when I finished the tail on the needle.  Note the curly-q bit of thread in the marabou.  This is the thread that was started on the needle.  I try to keep this hidden inside the marabou when I tie it in. 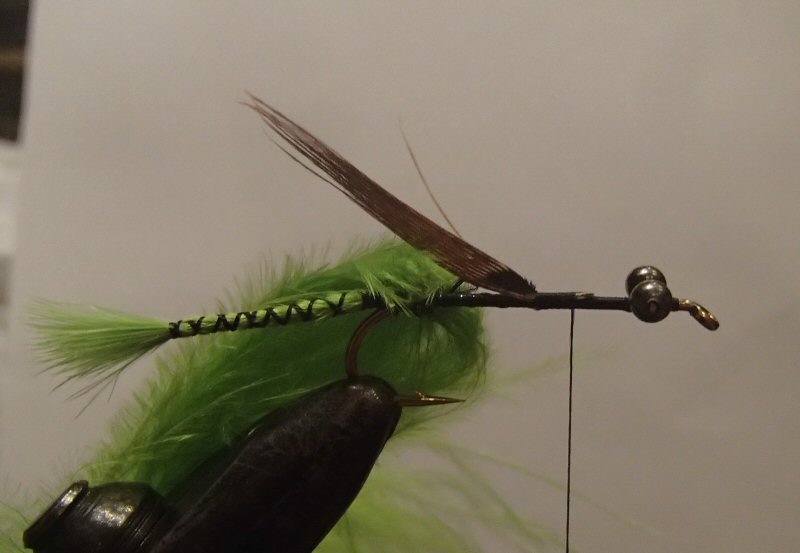 Advance the thread to the 50% point.  Tie the pheasant tail barbs. 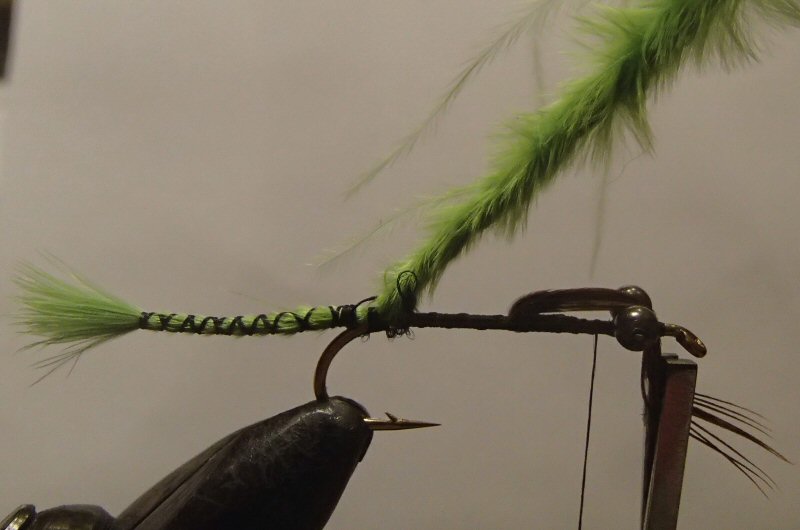 Advance the thread to the eyes.  Attach a pair of hackle pliars to the PT barbs, and bring them forward.  Twist the marabou into a rope. 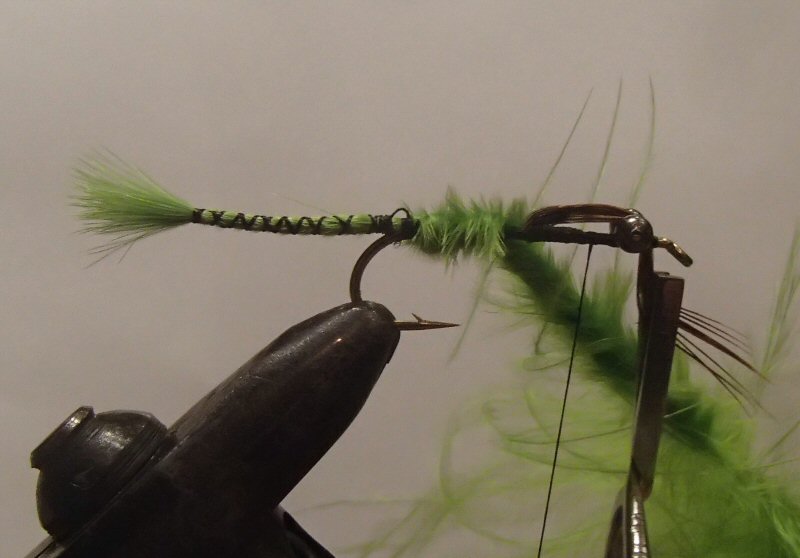 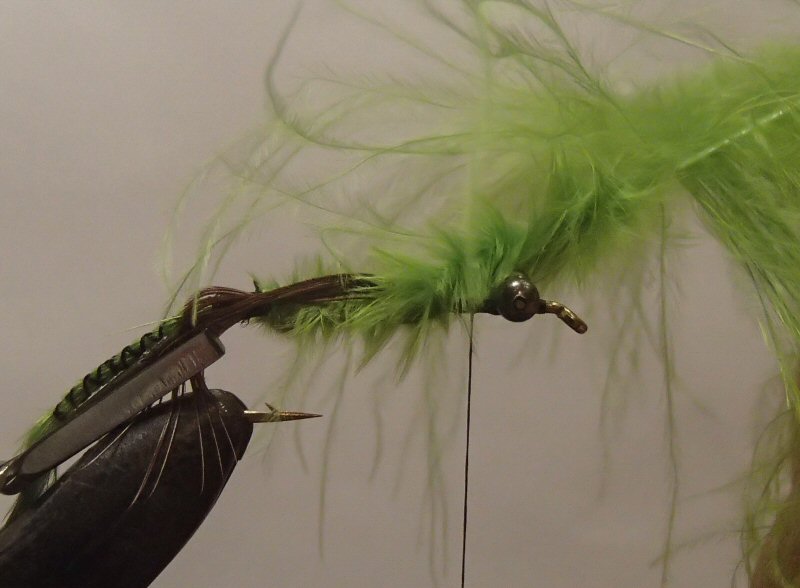 When you reach the PT barbs, flip them to the back, and continue wrapping the rope-dubbed marabou forward.  Note that it's getting rather shaggy.  This is due to the sheer size of the feather I'm using (not a blood quill).  If you have "stragglers", you can trim them off, or just shorten them.  They do add movement, so it's your call. 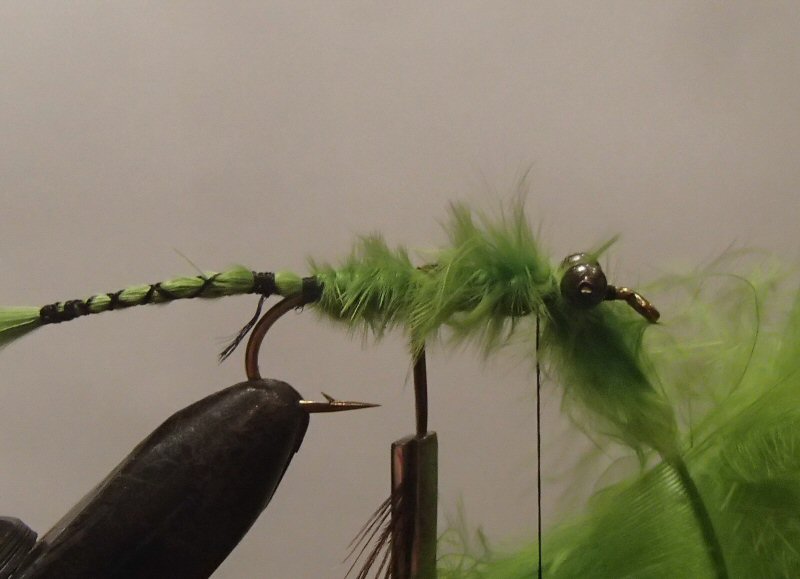 Tie the marabou down.  Normally I would do this with just a couple thread wraps.  Because of the size, I used 5 or 6 thread wraps, and even used a half-hitch.  Cut off the remaining marabou. Bring the PT barbs forward and tie down behind the eyes. 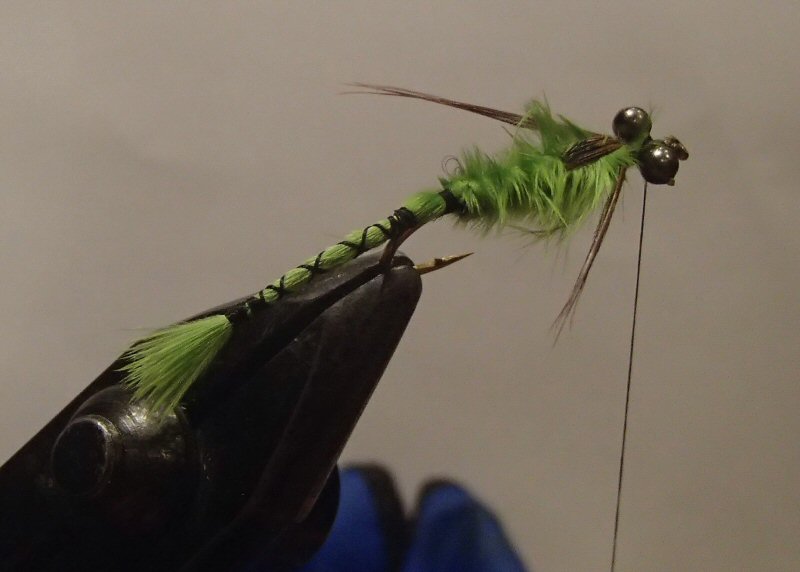 Split the bunch of PT barbs, pull them back to the bend, and tie them down. Finish the head, and let Sally do her work.  Not, I also used some Sally Hansen's on the end of the tail, and the little bit of thread that started to unravel near the bend of the hook. 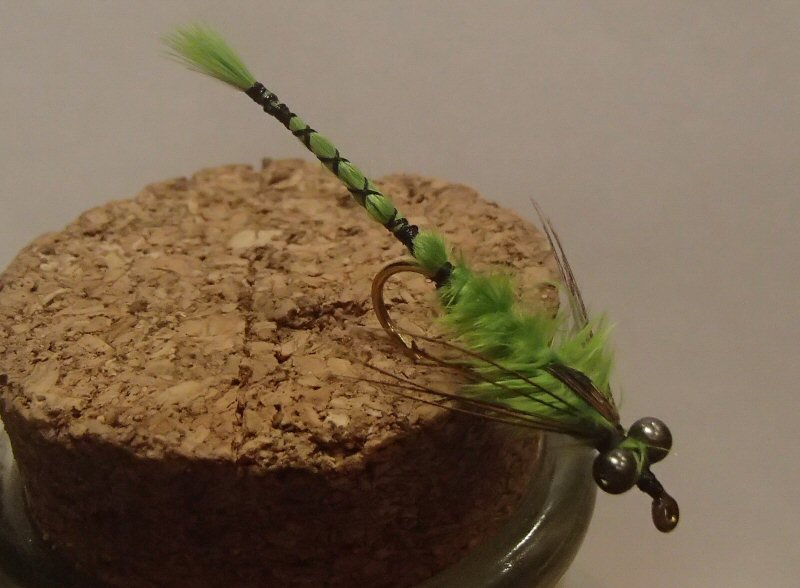 Super tie Allen love it. You make it look so easy can't wait to try it and again thanks.

Allen.Allen---- your so talented and what a great tie and super step by step show how. Thanks for shareing.

"Thanks Bruce, waiting on Sir Walter Raleigh ’s prediction of an early Spring…my…"
5 hours ago

This shot is looking west across the Little River in Northeastern N.C.
yesterday
2 Comments