my most productive presentations for open water season 2014... surprisingly started with crawler segments and ended with gulp pink maggot. under the bobber catching my master angler pumpkinseed, micro drop shotting and a slab ice jig tipped with gulp on a single hook (bill modica s slab spooning technique http://bigbluegill.com/group/northamericanspoonchuckers). im the type of angler that i believe notices patterns easily and drifts with success and sticks with it till something is proven better in a situation. i take multiple rods with me and experiment with rigging constantly. i start my next game with what was proven to me in the past and i havnt found anything yet that is more economical as well as productive.

checking on my worm farm just today shows they are multiplying and growing healthy in numbers... haven't used more than a dozen since July! no more bait dependency!!! 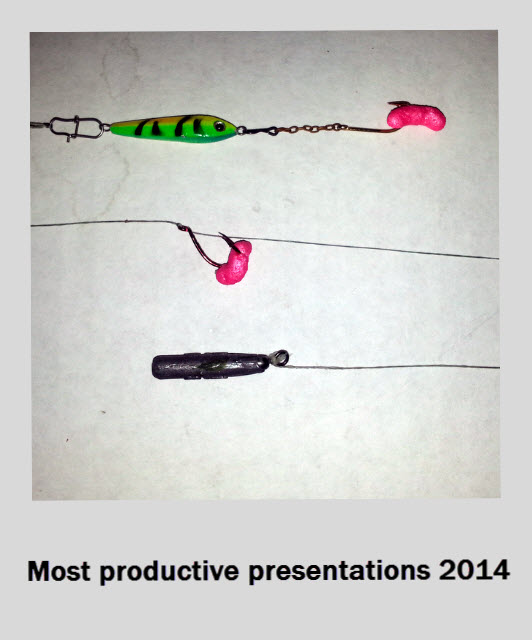 it is my go to setup when trying to identify a school of fish below me by vertical jigging.

Bill Modica's spoon gospel has been a life-saver numerous times for me since I first put it into my bag of tricks several years ago. It's a multi-species tactic as well. The Rattle Flash spoons by Blue Fox have accounted for numerous trophy class hybrid sunfish when all else failed. Amazingly, my best performer was the 1/4 oz spoon that just seemed impossibly too big fo panfish, yet it worked! Here's a couple recent fish on it... 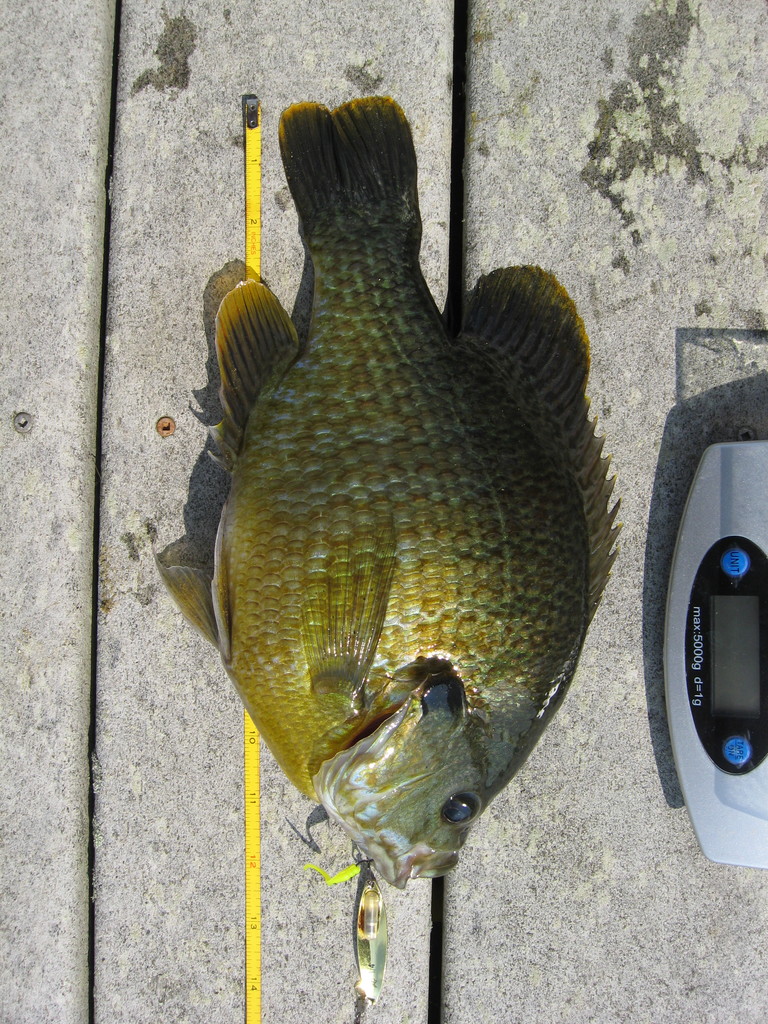 These fish just crushed this spoon, man! And 1/4 oz apparently was not too big for them!

Jim what a great job you are doing on this!... i know its a dirty job but somebodies got to do it!

I am way late to this party, but will throw in a little of what I know first and second hand...

I use it very sparingly; small pieces on the trailing hook of a spoon or other artificial. I think it helps when the bite is slow. I have seen small fish attacking it like it was real bait. I debated whether or not it is a good idea to throw the last little chunk in when I take it off because I am done or replacing it because it has gotten too small (like pea sized small). If I did this in shallow reasonably clear water where I can see it, it does not make it to the bottom. Little fish devour it. I did searches to try to figure out if this is bad. This is the best answer I found:

based on that, I think the answer is that it isn't bad for the fish, but it does wind up on the bottom and will take a while to degrade (it is biodegradable). That said, my answer is that it is more responsible to put the tiny leftover bits in the trash.

I like that it lasts a long time. I know it isn't as good as new after a while but you can take several trips to use it up and it still seems to work okay. But what strongly flavors my opinion of it is how well it works in shore. I have fished the Gulp shrimp with nothing else and done pretty well. My second hand knowledge is from guys I know who fish inshore almost exclusively. Some days they are dragging in speckled trout all day long on Gulp and very few people using anything else are doing any good.

Permalink Reply by David, aka, "McScruff" on January 16, 2015 at 3:08pm
So, I wonder...
If we took the salt water Gulp! products to freshwater, would they work as good it better?

I don't know. I probably should have put more emphasis on one thing:

I also hear of people doing okay on reds and flounder but not better than bait. Again, this is mostly second hand. I have caught specs on Gulp, but it was working and I tried nothing else. I don't fish inshore as much as I keep planning to. I really do plan to, but then I end up getting down there mostly in warm months and end up chucking metal at bluefish and Spanish on the beach instead of paddling around the stinky salt marsh swatting flies; not sure why... :)

Usually Topsail Island or Bogue Banks. Topsail has an awesome spot I can get to in just about 2 hours. It's a public beach access in a skinny part of the island where the beach and sound are literally across a 2 lane street from each other (plus the dunes on the beach side). You can park in one spot and launch a kayak into the sound or hit the beach. The beach side has a snack bar, bathrooms, sand (as opposed to mud), scenery...