Been a while since I've been on due to all the trout action in CT.

One day I had recently was an evening panfish bite.

Earlier this month the area had some heavy downpours that must of caused a run off from the nearest crappie lake. One evening after fishing somewhere else, I stopped by 2 areas of the river that runs through that lake but below the dam of that lake where it's all river. Redbreasts were into a Rapala Original Floater and landed 5 no bigger than 7".

Later I went a bit farther downstream and decided to do some jigging with a 1/16oz white maribu from above where the river goes through a tunnel. I hit 3 crappie and 4 rock bass. One rock bass that amazed me was what some call a personal worst. The rock bass was 1 3/4" long!!! 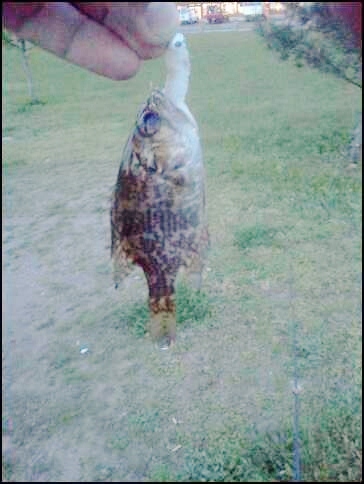 I've also been into a few calicoes at the local lakes and ponds.

Thursday 5/24 I hit the private lake again. I was mainly going for bass and yellow perch but bluegills were in a frenzy too. The main lure was the usual producer for that lake, being a 4cm silver shad Rapala Jointed Shad Rap. 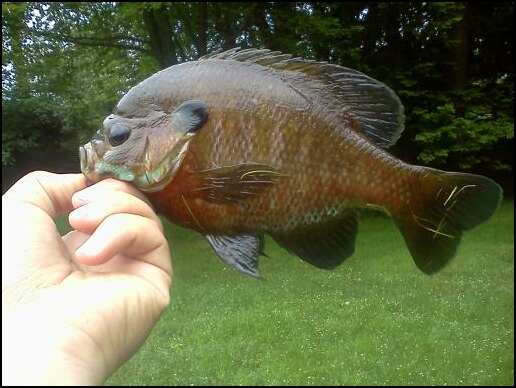 Heading out Friday back to the same lake that produced all those calicoes back in April and my buddy and I will be targeting a morning/afternoon bass bite and then an afternoon/evening crappie bite. Yellows might also be in the mix with some gills.

"Thanks John....alot of it would qualify as useless trivia but if at least one person likes it I…"
20 hours ago

"Nice Fish and love the observations Jeffrey!"
21 hours ago

"Once this fish leaves the shallows, a new tail will grow and often looks better than the…"
21 hours ago

"You can tell this fish has been shallow for a bit, tail already worn way down….."
22 hours ago