I'd like to share a rig that I started using this summer for panfish in a nearby canal. In the spring and early summer sunfish are readily caught by casting twisters and tubes on a 1/16 oz jig. When the temps get hot, the bite slows down quite a bit. I've tried small flies under a float with some success but... A lot of the fish are close to the bank and you can watch them and they can inhale and blow out a fly before you can react. I needed something that the fish would hang onto and not spit out so fast. This is what I came up with: Bait: Southern Pro Tiny Worm. Green seemed to work the best, I guess it looks like the small caterpillars that are always dropping out of the oak trees.  The other worm is something I found on e-bay, it worked good too.

Float: Comal C150RW modified with ~8 wraps of 0.025" lead wire krazy glued to float. The float is weighted to give a bit more casting distance but not so heavy that it drags the hook/worm behind it on the cast causing tangles. Unfortunatly, the lead, worm and hook don't weigh enough to stand the float up.

The rig casts reasonably well and I like to feather the cast as its about to land so the worm kicks out away from the float. This allows the worm to slowly sink on a tight line to the float. They will hit it on the drop or when its hanging down. No bite, retrieve about 12" of line and let it sink down again. I did real good with this setup this year. The bluegills, pumpkinseeds and redbreasts really suck this worm in. Even with the #6 hook, quite a few 3" fish managed to get themselves hooked. I typically have a 1' to 3' drop between float and worm. This rig worked great on lake and ponds too.

What was interesting was how long the worm would last before getting ripped up. When I use these worms rigged as you would normally on a jig, the gills would be yanking on the tail and pulling/ripping the worm off the jig. When rigged wacky style, they just seem suck the whole thing in, not much nibbling on the ends.

Here's some fish it produced from a small lake in the Poconos. 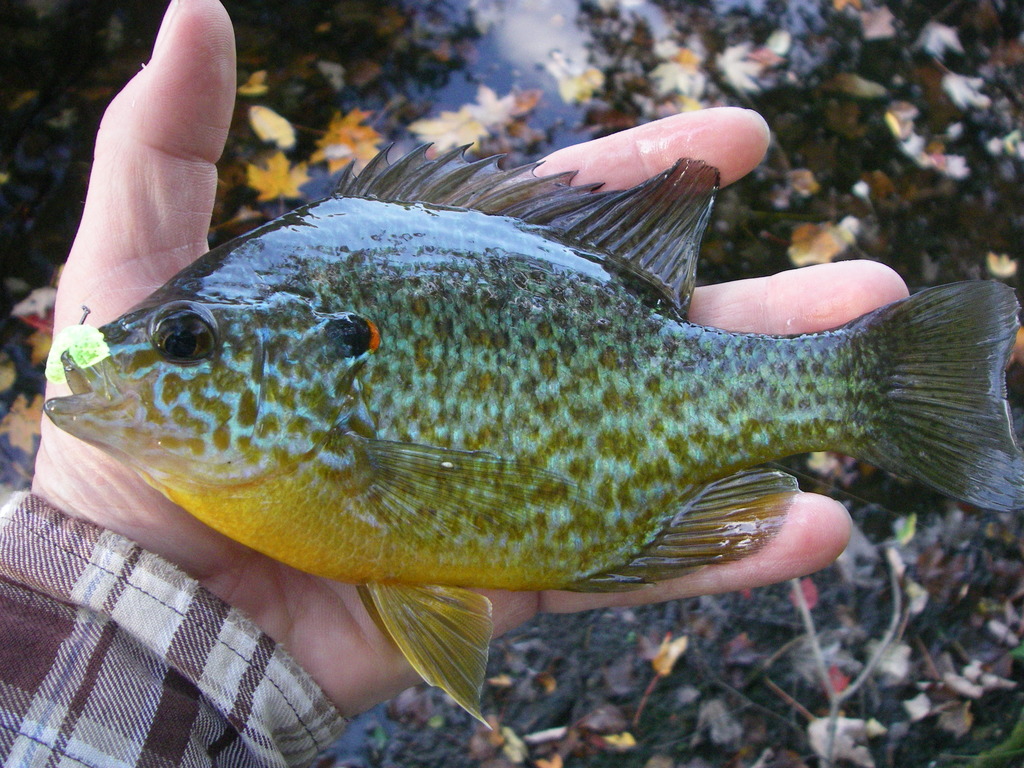 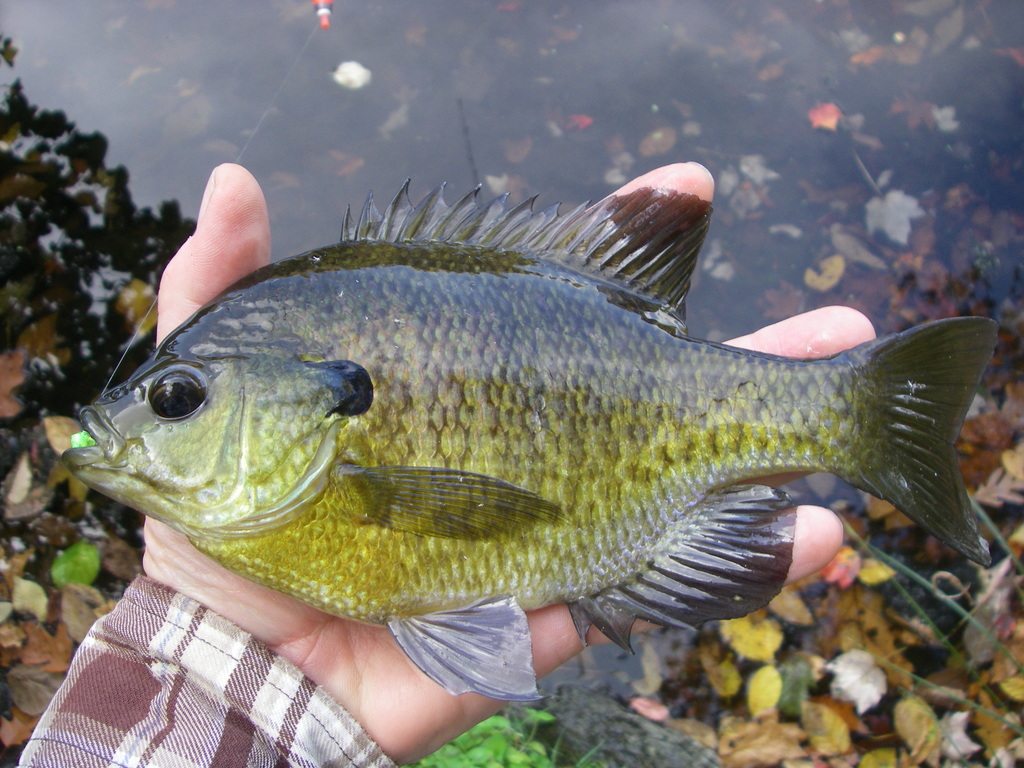 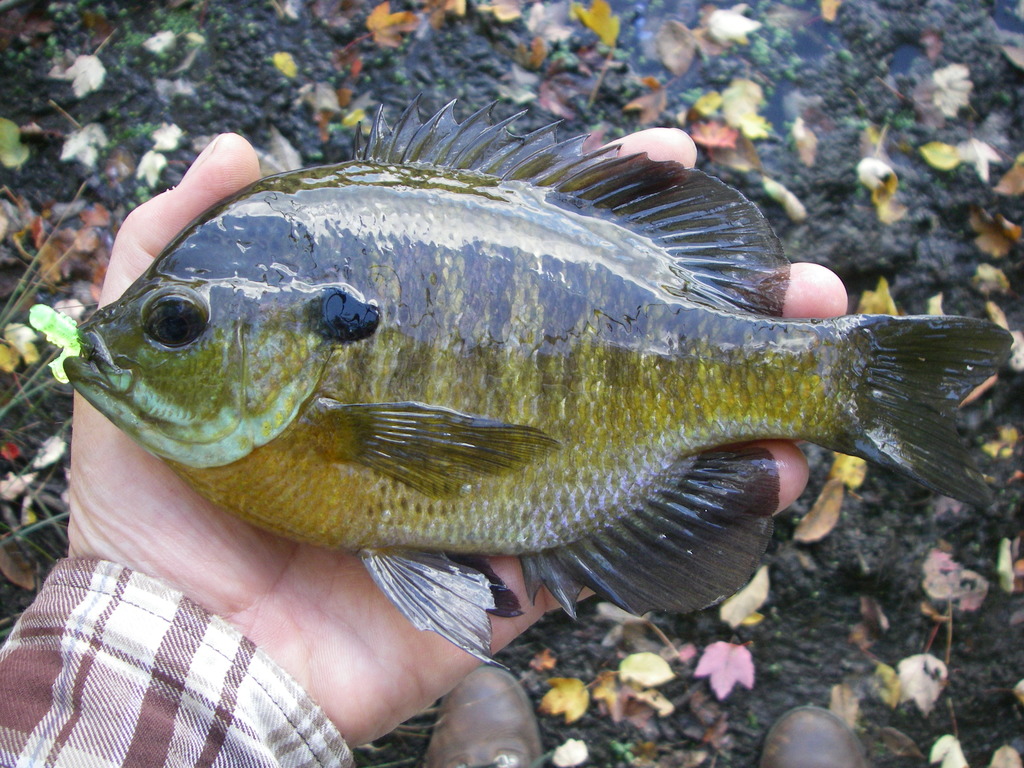 Hope you find this useful.  I can't wait for the ice to go so I can get back to fishing!

Permalink Reply by David, aka, "McScruff" on January 20, 2015 at 6:26pm
Man you're making me wanna give up the fly rod!
Wacky rigged soft plastics?

Looks like what I use for micro fishing , just on a larger scale. Can I suggest you add a B or BB shot on the line at  the bottom of the float. This may give you the balance to stand the float up and will give some additional distance.

Thank you for sharing Steve. I can see how this would work. I remember so many days I pulled out the old plow jockey when nothing else would work there is something about that worm shape that turns fish on at times.

I got a couple of small Trout Magnets as much for the 1/64 dart jig heads as anything else, but the "anything else" is a couple of very small split tail worms. They might make good micro wacky worms.

Nice write up Steve ... and rigging. thanks for sharing. definitely going to try this system out this summer. i have the perfect pattern for something like this. i will post my trip results later on this season . thanks again!

Berkley makes a nice power trout worm 3"  in length ... could be trimmed 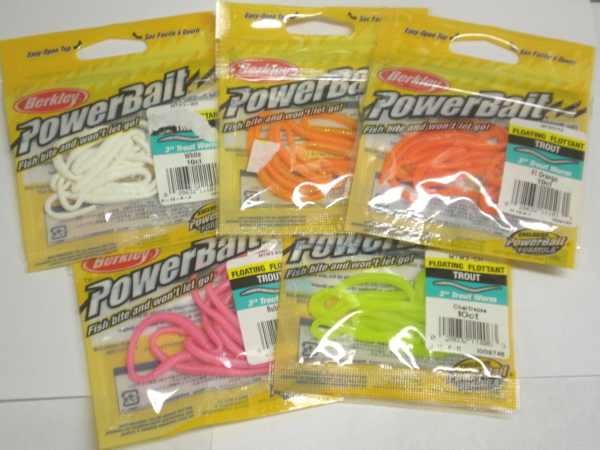 Quick update on the mini wacky worm rig.  The 'gills seemed to bite better while the worm slowly sinks, not as much when it was suspended under the float.  So, I modified the hook by adding a little lead wire (0.010" dia) to help the worm break thru the water surface tension, for a little faster drop and for a bit more casting distance .  Also got rid of the float.   Bites are detected by watching the worm as it sinks (if water conditions permit) or watching the line floating on the surface for a twitch as it slowly gets pulled under.  The spot that this rig works best is under overhanging trees, but sometimes it produces in open water too.  This past August, this was the only way I could consistently get good numbers of bluegills and redbreasts. 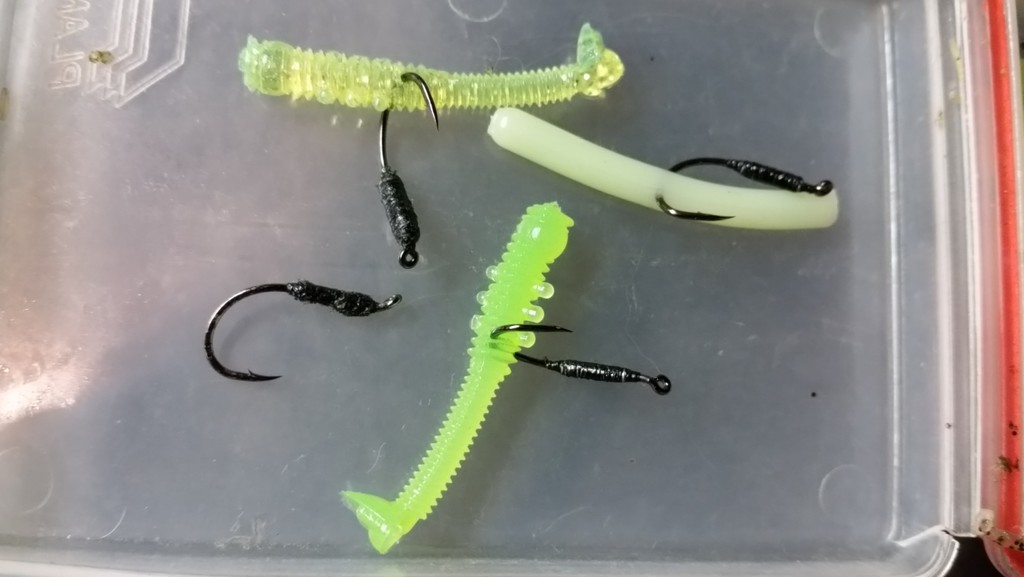 STEVE;; I LIKE YOUR IDEA BUDDY;;  IM ALSO THINKING;; SOME PLASTIC DISC WILL HELP TO KEEP THE WORM; ON THE HOOK BETTER ??    SOME OF THOSE NOODLE TOYS WOULD ; OR SHOULD BE GREAT FOR THOSE LITTLE WORM THINGS !!   DICK TABBERT JUST SENT ME ONE FOR MY FLY TYING ;; I TRIMMED IT OFF; GOT ABOUT AT LEAST A HUNDRED OR MORE SHORT  NOODLE S..

"I saved this one until now, not shown before today…."
Jan 15

"Thanks John, these are some of my favorites from last year…."
Jan 15