What is the best style of slip float, and why.

The kind of float I've been using lately has a piece of plastic at the bottom of the balsa, and the hole for the line is in the plastic.  No spring anywhere.  I've used the type of float with the spring on the bottom, and rigged it to slip, but I haven't been happy with the performance.

For most of my float fishing, I'm like everyone else, using a center-slider type of slip-float.  I'll use balsa or styro, depending on how hard the fish that I'm expecting to hit actually take the bait.  I typically use the type of float that has the plastic arms that come out from the top and bottom.  Sometimes I fish at night, and like to fix a LED light to the top of the float.  Hard to do that with the Comal styro floats that have the black sliders that push into the styrofoam.

On the Thill TG Waggler floats, I have not experienced issues with tangling.  I have, however, experienced issues with limited casting distance.  I attribute that to A)  using the smallest float, and not being able to get more weight on the line without sinking the float, and, B)  fishing a really wide river that throws my spatial guesstimation off.  I want to throw that bugger out there halfway (about 150 yards), and can barely get 20 yards out.

I have picked up the bigger sized Waggler float, but have not yet had the chance to use it.

There are a couple benefits to use a LONG float like this:

1)  Not as much jigging up-and-down in the waves.  Depending on float size relative to wave size, the float doesn't bob up and down, resulting in bait that suspends at an even depth, instead of having the bait jerking around underwater, at depth.  Sometimes you want the bait to hang still, sometimes you want it to jig around (suspending Crappie jigs under a float in breezy conditions to make the lures dance around on their own).  It's something you have to consider in your presentation.

2) Less resistance.  I find myself, more and more, using cigar-shaped floats, because they're so easy to pull under.  The old red-and-white spherical bobbers that I grew up with are just to dang buoyant.  The fish can feel them, and drop the bait on the take.  Pear-shaped floats are nice, as they provide a lot of floatation, but still offer less resistance than a spherical float.  Cigar-shaped floats (like the Comal ones listed above) offer even less resistance, with relatively good floatation.  The Waggler floats offer barely any resistance, but don't have much buoyancy.  I've actually seen a 2-foot-long homemade waggler-style float designed for light-biting catfish, but buoyant enough to hole up an ounce or so of weight.

I am a center hole slip bobber guy. Eye under bobber styles have only been a frustration to use in my experience.  I do almost all my gill fishing under the bobber (have for almost 10yrs) having spent quite a bit of time experimenting and fine tuning my presentation.  Since I like to use 1/32-1/64th ounce jigs I have found that the Thill 1 1/8" balsam fly fishing strike indicator works best for my application. I sometimes add a swivel with a 12-18" leader to the jig in order to add a little weight for pulling the line through the bobber hole. I like the slip bobber for its instant depth adjustability and little to no line abrasion (as appose to fixed bobbers pinching, creating week spots and lots of re-tying) I Love the Thill strike indicator mainly because it casts really well coupled with these small jigs and shows the lightest bite from the most finicky of gills.... Thill Mini Stealth all the way-- tho' I don't know why Thill eliminated the previous small wire loop on side of float that held the line secured to the side. 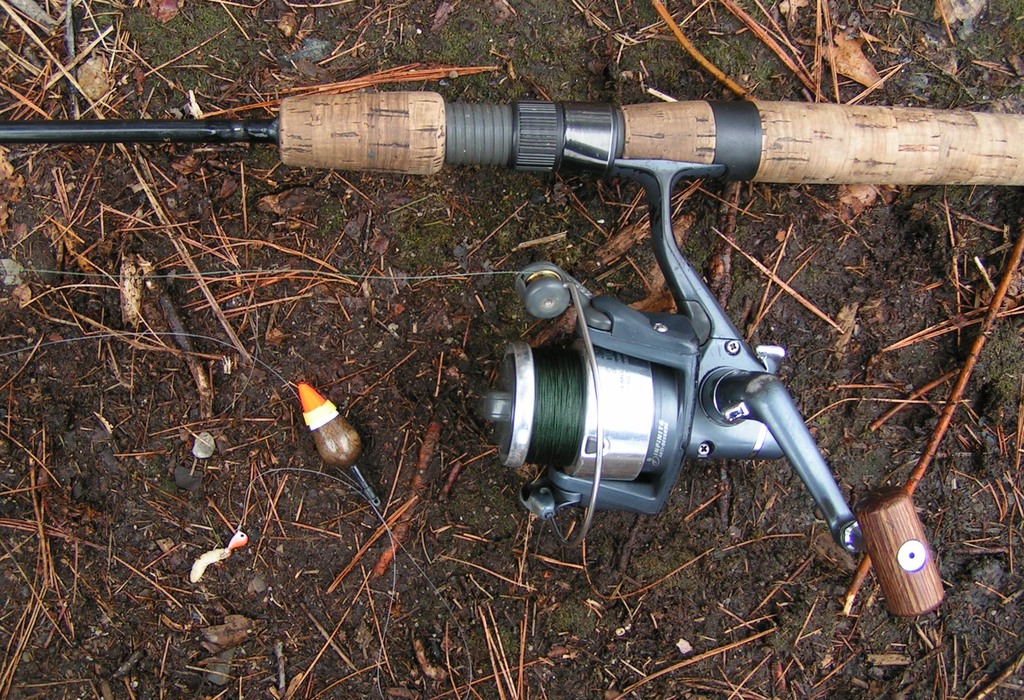 I use a larger silicone sleeve on both ends now.

Bentley Floats have an eye on the side as well as on the bottom.  Must be there for a reason.  Why did you like it on the Stealth floats?   Goes back to my previous post asking questions about line attaching line at the top and bottom versus just the bottom of a fixed float.  Anyway, I have never used a Bentely float, but they seem to have an array of interesting designs.

I just love the feel of the Mini-Stealth rig, I use 1' length between float & jig-- casts like a dream accurately to shallow bedding gills... Real sensitive to bites.

The Bentley float looks good too-- seems better for deeper water. I'll ahve to order some. Thanks!

I'm with Nathanael a center hole slip float kind of guy although I hardly ever fish floats. I think the only difference if there is one at all is I like small and narrow floats that set heavy in the water. The least resistance the fish feels when he pulls on it I think he will stay to retrieve the bait longer and feel more at ease. I like center hole slip floats cause they are easy to cast and change the depth in seconds without any line damage. I got the grand kids all using them they are great little floats.

I've tried the the narrow floats and they just don't cast right for the jigs I like to use. The 1-1/8th" Thill strike indicator I've settled on is small enough to have little to no resistance for a bite yet just big enough for good casting. I am all about good balance, as Tony suggests, for casting, how it settles in the water with your jig and how the bobber reacts in the water with bites....This is a great thread guys, love to see the differences in how everyone likes to use their bobbers...:)

Remember too, that no matter what float you choose, the key to making it work to the best of its design is to balance it.....

Permalink Reply by David, aka, "McScruff" on March 29, 2013 at 6:00pm
I select floats by intended use.
For sunfish and like bait, I usually go with a finesse type.
For jigging, I like a small weighted cigar or ball float.
For catfish, I like a large cigar type.

Bruce Tomaselli commented on John Sheehan's group Multi Panfish
"Wow, it ought to be a record somewhere."
11 hours ago