I think of a gillcracker as a 50 50 bluegill x redear mix. I've only caught a half dozen or so but they pretty much look like redears with bluegill markings on the gill cover and jaw

I think you are right also Jacob. I see quite a few of what I think are the crosses in Iowa, but  none here in Illinois. Southeastern corner of Iowa is full of em if you can stand the HURRICANES, WIND STORMS, THUNDERSTORMS, out there!!!!!!!!!! OF course this year is a drought there and usually the lake I fished is up 4' but this year I didn't go and I'm sure water is down some.

I catch them in Southern Indiana but not frequently. This heat is pretty crazy. A day under 90 without thunderstorms would be nice.

I will leave this to the EXPERTS!!!!!!! My opinion is they fight harder than a REDEAR or a BLUEGILL!!!!!

HEY GREG,
I THINK YOU ARE RIGHT about the fight in the crosses. I'll go a step further and say I think the males fight the best when on the nest!!! JMHO and who knows for sure !!!

The opercular flap, or eartab, will be larger on a Gillcracker than on a Redear as well. There may, or may not be a touch of red/orange on its border, but a mature Redear will of course show a bold, colorful margin on the eartab.

Many times the Gillcrackers I catch will have the mottled, spotted cheeks of a Redear, instead of the blue color so indicative of a BG.

Words of wisdom Tony, thanks!

Most of the gillcrackers I've caught looked to be male fish - I found one photo in my fish photos on here that looks like it could have been a female but the others are all pretty clearly male.  And I'm not sure whether the questionable one might not also be a male.

All of the ones that are clearly males, have the larger opercular tab that is often a distinguishing feature between male and female pure bluegill, which makes it seem pretty likely that the bluegill parent was a male.  Also, these same fish that are obviously males are usually a very dark, mottled olive color that seems unique to the cross; they usually have a little orange fringing on the opercular like a shellcracker, but of course it's the bigger opercular of a male bluegill.

Don't know if any of this helps at all?

Jen , Don't know the how or the why fors, maybe just a cold spawning night on the PRAIRIE!!!!! 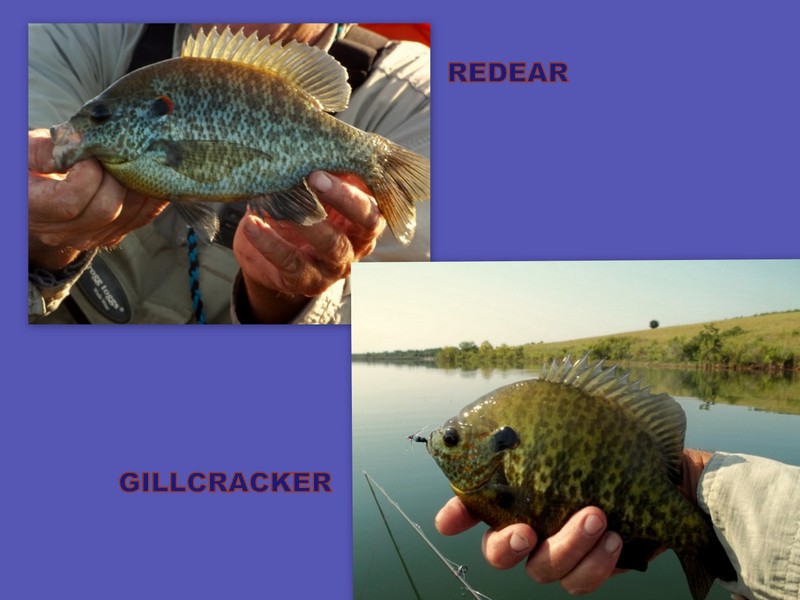 Hey Jen...don't know if any of these photos help, but I think Walt and Tony hit it pretty much on the head. I believe Bill Modica has taken numerous, large gillcrackers, and they all appear to be males. Perhaps he and Bruce can jump in. Here are two picks of what I 'believe' is a gillcracker... 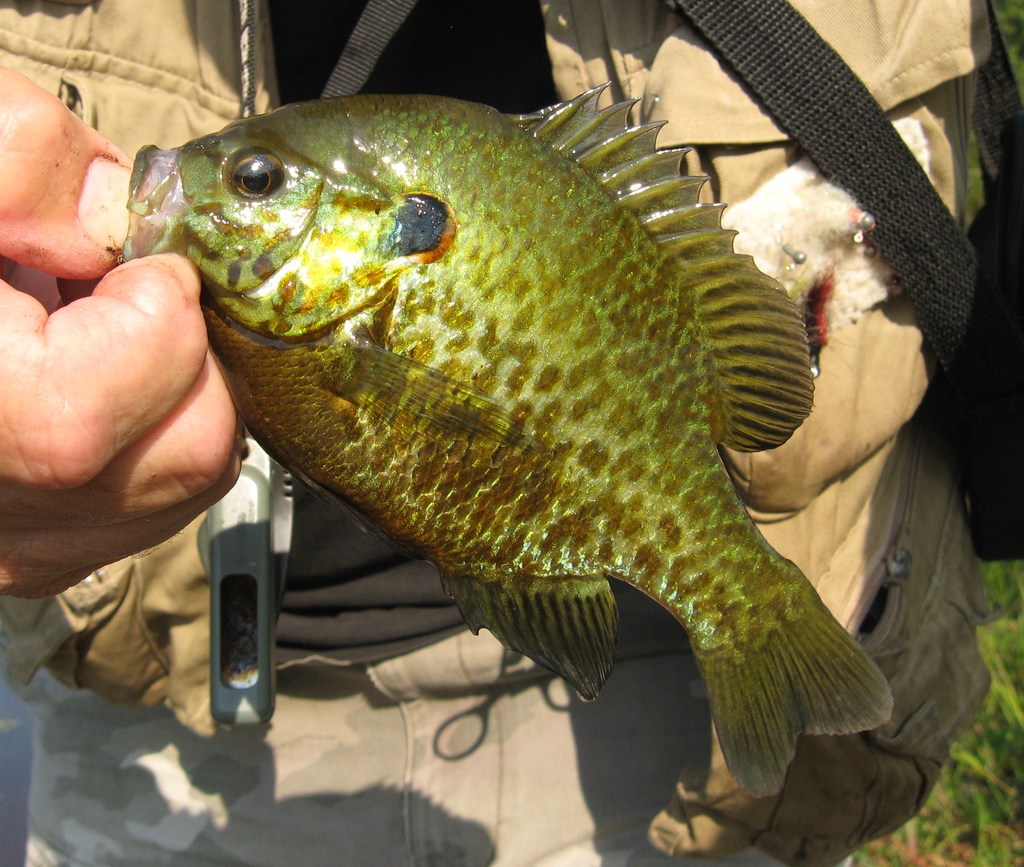 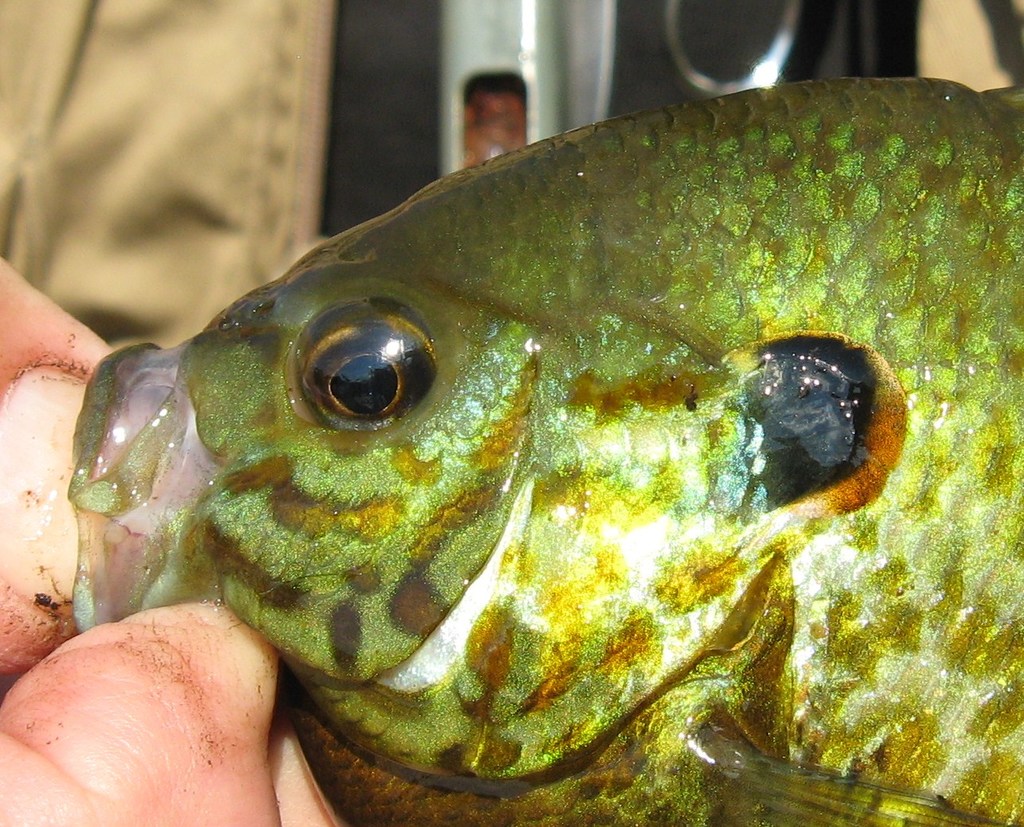 I hope this helps!

Alright so I found a gillcracker photo but it is not nearly as good as Jim's or Greg's. It had the bluegill gill cover (small turquoise streaks).