Fishing By the Numbers Update

Summer is here- it is safe to say now that Chicago is in the grips of 3 - 100 degree days in a row, a record that stood slightly longer than the Cubs have endured without a championship. Speaking of records: 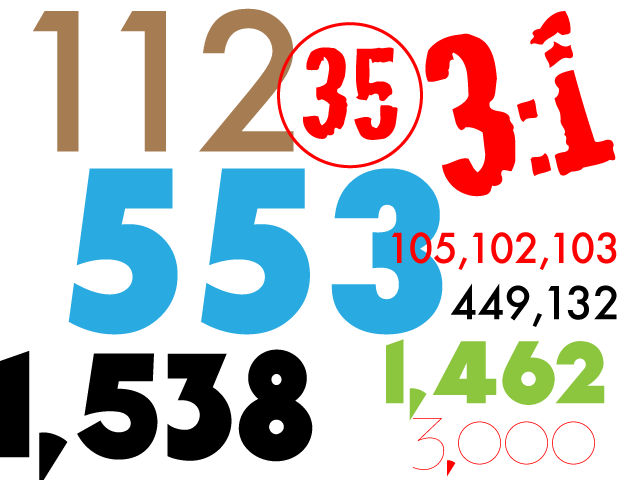 Some numbers hard to ignore - you bet ya. Big news from the last time out. I set a goal on my podcast and I beat my goal and personal best for fish caught in 4 hours. The Summer numbers update. It has been a while since I checked in, but the numbers some stay the same, some notch their way upward - here are some of the highlights....

The heat is on... it has been 102, 103 and 105 degrees up in Chicago - can you say I like my bluegills boiled?  It hasn't been that hot since the 1940's so that got me thinking, the only thing older might be a Cubs' World Series- did you know that there are 449,132 people in the world who were alive the last time the Cubs won it all? That number is dropping quickly... more on that next update. I still keep the 112 fish caught by live bait and only 35 caught by Gulp with rigid testing using scientific method and controlled, audited counts. That means live bait out fishes Gulp 3:1 - or is live bait is 8x more effective than the brand claims it to be.

The final number is my new personal best - 553 fish caught in 4 hours, the majority of them bluegills (around 95%). Who says fishing around big cities is not good? Well, they aint never had  pruney-hands and dorsal-fingers from swinging in the gills while speed fishing.

One of my favorite terms- you heard it here first - F.P.H., like a speed limit for fishing, well that fishing day was traveling at over 133 F.P.H - Fish Per Hour.... I wonder if I hit anyone in the park at that speed, we will have to check the police blotter.

I guess one could add a zero to the number above, none of those fish were caught on artificial baits, I mean, who has time to sit around when there are fish to be caught.

I do write my blog posts and keep track of fish caught so that I can get people excited to get out and fish. I think I get people's attention when I can share some statistics. Not all the outdoors is about speed fishing - I really enjoyed watching the turtles pop up, watching the fishing birds dip down and steal fish away and then watching as a younger gentlemen stuffed some contraband turtles into his backpack - not thinking we wouldn't notice.

Catch, backpack, boil, eat and release - I think the signs at that park simply read - Catch And Release Only... hmmm. Plenty to watch in the urban outdoors.

Some food for thought. I didn't prepare a second back-up rig to depth so I had about :20 min. of down time. This means that my numbers can be boosted. The next time out I have to give a turtle poacher a discouraging word, be more prepared with back-up rigs and then maybe push my mark up to 150 F.P.H and crack the elusive 600 fish mark in 4 hours...

I can't wait, but I will have to. Tomorrow it is going to be 105 degrees, so my fishing time will be limited - stay tuned, or give a call into the podcast and talk fishing with me. Podcasts are on either Saturday or Wednesday nights all topics are welcome regarding live bait, spin casting, pole fishing, floats and yes, even artificial baits - we can talk plastics and lures.

I would be glad to share rigs or talk about your fishing hole and conditions by you.

Ok - the big number for me last Spring will be the number I wish to crush this Spring. 2,011 fish caught in 24 hours. I had a lot of help from people, support staff and the Oakbrook Terrace Park District for allowing me to set up and fish a 24-hour event.

Even a few members of the bigbluegill.com helped out last year-thank you! I ask for your help and attention - save the date (May 30 - May 31 or June 1 - June 2). Save up some pennies or change in a jar. I will be asking people make donations to a direct online site or send in a donation. You can donate per fish if you would like - just a penny, a nickel per fish or get in the spirit and make a tax-deductible donation to Ronald McDonald Charities. If you work at a company, I can send you a flyer and have everyone join in on the action. This is a great team-building activity and it will feel great for a group to band together and raise a few dollars or a bunch.

I will be dong this Guinness World Record attempt again this May or June 1st weekend. If you are in the area and interested in helping out, we will be raising money for Ronald McDonald House Charities - a great charity that helps families of very sick children to feel at home while away-from-home during serious hospital stays and life-saving surgeries. When these families stay away from home the expenses mount. Hotel, food, transportation and other expenses can rack up for weeks. Also, families lose income from work while away and in the end, they have a massive problem just making ends meet in the end, their children are still very sick or in a long-recovery. The charity does a huge service to families in a horrible situation.

They have armies of volunteers and people donate change at restaurants. I hope we can form a fishing army and band together for a great cause. I will be trying to land a ton of bluegills and raise a bunch of money for people most down on their luck, to give them some strength when all the chips are down or worse.

Thanks for reading - I will have to start a thread when I get more details. If you are in the Chicago area that weekend (the weekend after Memorial Day) and can help out - I will need judges around the clock to count fish. Many bluegills! We can use all the help - bring a friend and pitch in.

Anytime the FPH is higher than the heat index....You're doing something right...Cool stats Johnny!

hey johnny,it is about 110 here in az ,the fishing is done early am.,last year the pink gulp maggot worked very good this year it is not doing very good ,but small pieces of shrimp seem to be a big hit for the gills.