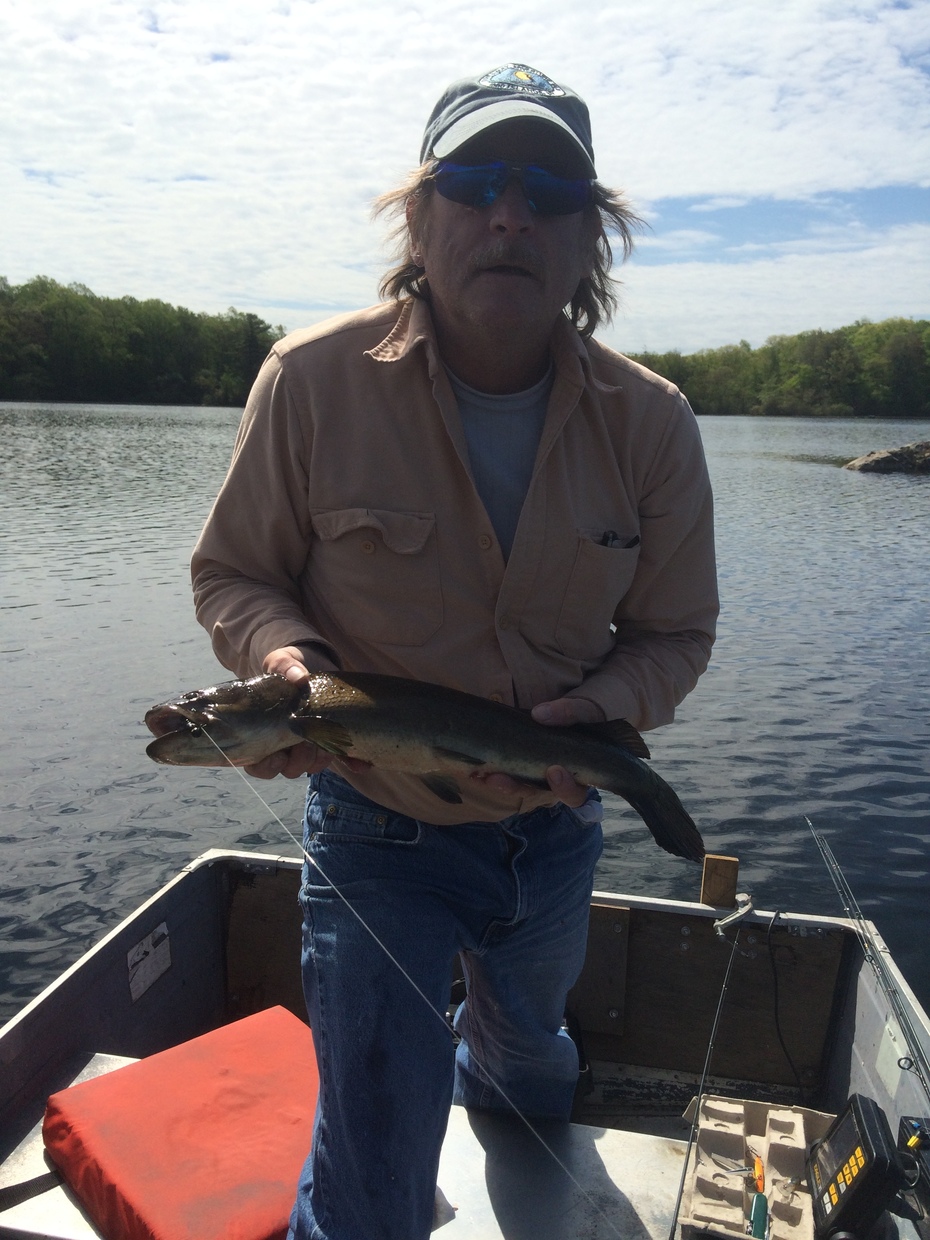 Tags:
Albums: 2016 Predator Prespawn thru May

This was one first time fish for me yesterday , the other 1st timer was a landlocked Atlantic Salmon .Very pleased

…i havnt caught one of these since i was a kid!

yep always released them ... even 45 years ago!

Thanks Ben this was an exciting and surprising catch .I stayed away from the teeth .They didn't look sharp but I wasn't sure they looked like a Catfishes .I guess I'm fortunate he didn't break off my 4# test . Yes great fight!

Yes! Releasing a Bowfin is almost always the right thing to do because:

1. They are a native fish to the United States

2. They keep things "in check and under control" in our waters

I love Bowfins! They put on one heck of a fight and just when you think you have them beat they all of a sudden come back to life! Look out for their teeth - they can cut through a fishing line like a razor!

Apparently releasing the Bowfin is the right thing to do here in New Jersey.

Here's what Fish and Game says in the 2016 Digest :
Invasive Fish

Fish identification can be easy for species caught frequently, but tricky for

are native species, actually dating back 250 million years and should

be released unharmed. However,

are invasive and should be

tion. Snakeheads have recently been found in the lower Delaware River and some

Greg's Nebco Spoon gets an Aggressor

"I believe since  hook is going outside IN on this fish he wanted it to get out of his Domain .…"
yesterday

Greg's Nebco Spoon gets an Aggressor

"Congrats on the great predator John! Glad ya'll got some nice bites on today's trip......"
Tuesday

"Thanks Jack....you know how it goes when the Dogwoods bloom........I wish you luck with the…"
Tuesday

"Thanks John, part of my pledge for being a member is to provide information and answer every…"
Monday

Eric Pierce replied to Mark Kotolski's discussion Cleaning jighead eyes
"Before the paint has a chance to set up, I push a feather V I have already cut through the eyelet…"
Sunday

"Thanks John, it's humbling to have success like this on public waters........so many people…"
Sunday