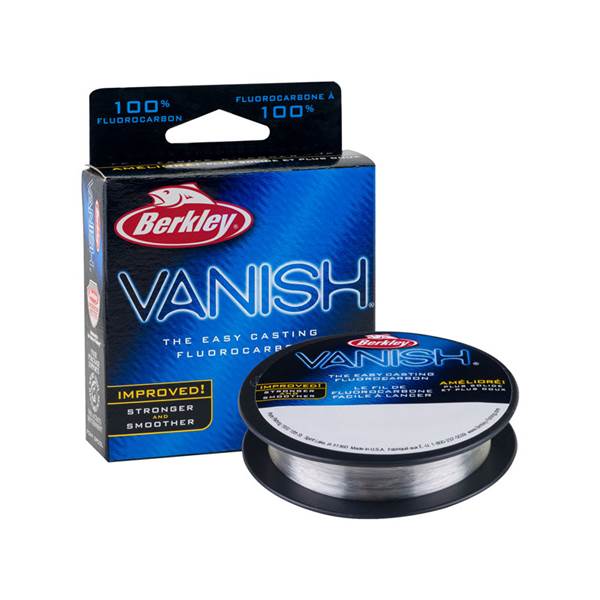 Do you use this for leader material ?

I tried using floro leader material like the bass pros years ago but the leader ended up considerably thicker than the main line braid.

A couple ice seasons ago I tried the 2# on one of my setups the line jumps off the spool quickly, doesn’t absorb water like mono and sinks rapidly. I still have it loaded on one set-up.

how do you feel about braids visibility in the waters you fish ?Is it clear water or stained by you ?

The lakes vary in transparency from gin clear to 15-20’ to varied stained intensity depending on rainfall. The last 6 master angler B.Gills I tagged this year came from very clear periods in the lakes.

Ever wondered how fish truly perceive fluorocarbon, a line advocated for its invisible qualities? And how can panfish, trout, and other species dine on transparent prey like zooplankton if they can’t see them? Or can they?When you examine fluorocarbon under water with an underwater camera or a dive mask, you might be surprised to see that it’s as visible and opaque as braid. But how do the fish perceive it? Does it matter? Read more: http://www.in-fisherman.com/panfish/the-clear-connection-for-panfish-lures/#ixzz4tp2UoOJT

So the way i am currently looking at it, if floro is just as visible as braid underwater why fish a fluorocarbon leader at all? Why not just use thin braid? Its 4 to 5 times stronger for its diameter… why not crank em in and keep the big uns out of the snags. i would have never landed that channel cat the other day if I was using 2# mono or floro

Good points Slip . Maybe the fast sink rate and abrasion resistance are more important than the invisibility .I understand it casts great but am thinking of just using it as leader material and for making spinner rigs for Walleye ,Perch ,Pickerel , hell any fish . I bought 6 and 8 # test and want to try it out that way .

I realize some think it's a sham but I wondered how much its been improved through the years. Knot failure was criticism but not sure its a fair one ,just got to find out for myself.

That said I'd like to hear some folks weigh in with thoughts on PLine, Gamma ,Yozuri and Seagar flouros.

I've been using fluorocarbon as a main line on some of my setups for a number of years, John. I have 4lb. fluoro on a couple UL setups currently.

Like you guys have stated, I'm not really all that sold of the invisibility of fluoro. The reasons I like it  are that it sinks, it has slightly thinner line diameters than mono (albeit not as thin as braid), while also having less stretch than mono (but more than braid). Since I don't generally fish in areas with a lot of thick woody cover or vegetation, the level of abrasion resistance is fine for me. I appreciate a little bit of stretch in the line to give a little forgiveness on those close to the boat head shakes, but I like the reduced stretch in comparison to mono for better hooksets at the end of longer casts.

Knot strength has not been an issue for me; knots like the Palomar, Trilene, or others involving the line passing through the eye of the hook twice work best.

I used Vanish for a couple years and found it to be an okay line. After that I tried Seaguar Red Label, liked it a little better than Vanish. This year I tried upgrading to Seaguar InvisX, and since I got the last spool at the local store, grabbed a spool of P-Line Fluorocarbon for my other UL. I like the InvisX the best so far, though its a little pricier. I like the feel of it, and have had the least line twist issues among the fluorocarbons I've tried thus far. The P-line has been alright so far, though I was surprised to see it not sink the same way the others that I have tried sink.

Thanks for weighing in with your thoughts Adam.I have to see if my uni to uni knot will hold when i tie the flouro leaders to mainline .I'll use a Palomar or improved Clinch knot to the hook.

Adam -I use a sliced wine cork to straighten twists on my fishing line .I find time to do this on the rod/reels I last used fishing before i use them again .I was having trouble with some Pline lighter tests but since doing this i have had fewer to no problems .A little maintenance is proving worth it .

I'll have to try that tip, John. When it does occur, line twist can be just maddening.

"Excellent White Cats ! What weight was the biggest  Mikey? Enjoy your catch ! "
4 hours ago

"Thanks Jeff we had a good time we got 22 there good winter stash they sure were good."
22 hours ago

"This is great…..I have craved fried channel catfish since my…"
22 hours ago