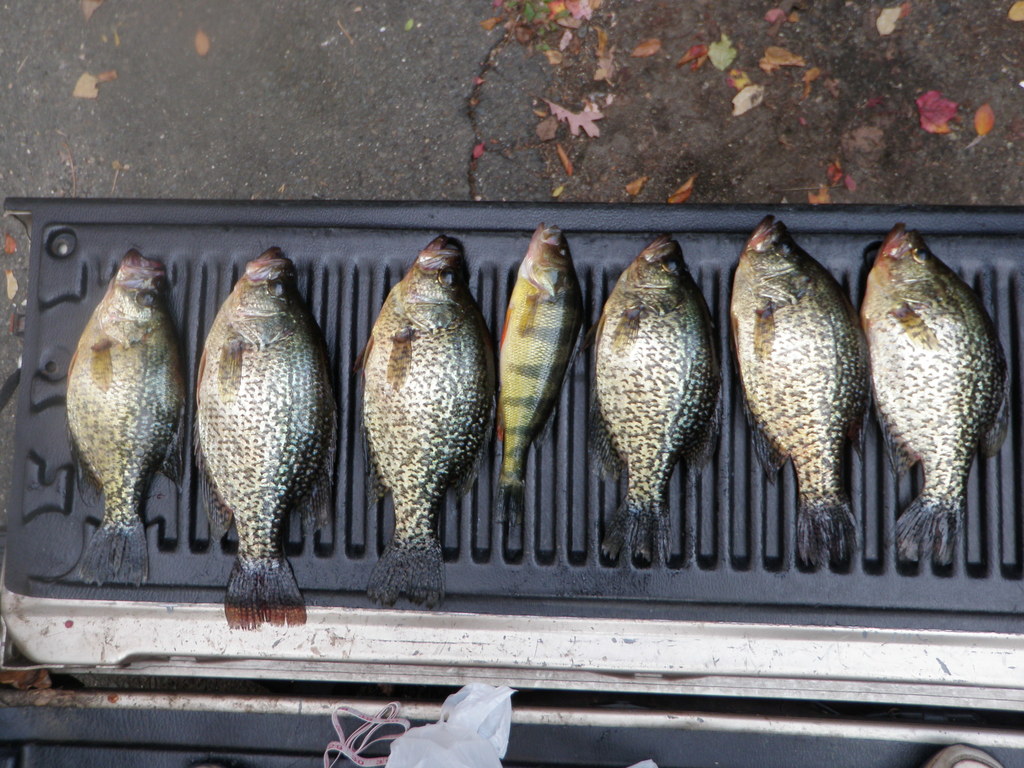 4 Crappie ,1 Pickerel released .This kept for the pan .

Herring are becoming unavailable now so the timing is right in mid October to obtain them before they are not available . Fatheads and Shiners will have to do if you cant find the Herring at your local Bait Shop.

sometimes;; just the right drift ;; pays off big dividends !   congrats on figuring them out fast John !

Thanks Carl , we tried anchoring and throwing worms and worm tipped spoons at the spot they were hitting .but that produced nothing . Picky but cooperative. Taste great too! 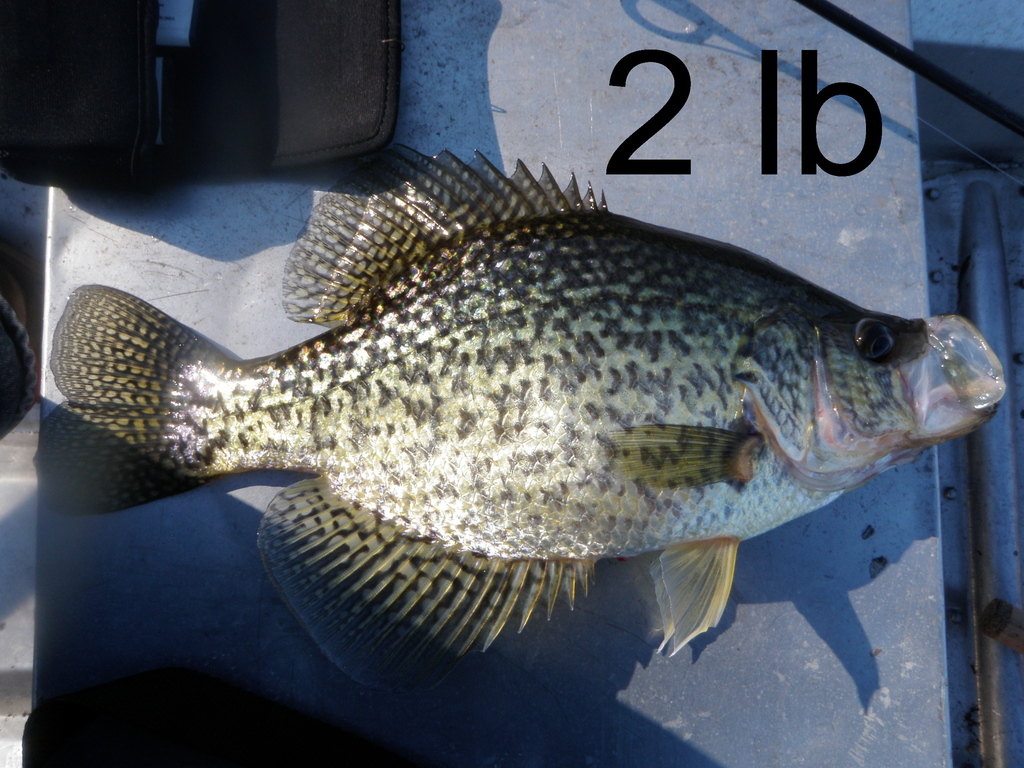 Went back out to this spot in a 10' row boat and drifted Shiners,.Was a slow bite to start but it picked up and became good ! 6or 7 Crappie between 1.3 -2 lbs .Same size between 12,1/2" -15" .Fat bellied head shakers . Got snagged once .I am thinking there are a few submerged logs out about 4 boat lengths away from  that bluff these Fish are relating too. Saw a weasel on the bluff and I'm wondering if he smelled the fish I was catching and that's why he came over .

Only Shiners were available not Herring or Fatheads.

and congrats on some excellent fish
Thanks for sharing

Yes I feel lucky to have found these fish !Will be sure to ice fish this location this season .

Thanks Carl!  I'll be sure to have my flasher unit with me . I think if these fish can be located thru the ice I'll be able to get them to hit spoons tipped with shiner heads or tails. The big Crappie at my home lake were all over that bait a few years ago thru the ice . If I use tip ups on this spot with live bait I'll have to get to the trap quickly before they take me into the snags I know are down there . That's one BIG advantage of getting them on a hand held rod .If you're off in the distance jigging another hole sometimes by the time you get to the tip up they got you in a snag and ya can't get them out .

John;; Im just now getting into using spoons for blue gill;; first one I made up; even with the wrong hook I caught several blue gills;; on a very heavy over cast day.  changed the hook at home; next time out; tried a better hook;; beautiful sunny day;; not one single hit; nudge; or even a bump !!  any suggestions ??   you guys fishing the hard water;; my congrats to ya;;  Ill stay inside a nice warm house tho;; LOL

Better late than never to Musky Mods party of spoon chucking there Carl . Works great on Gills on steep banks in the fall when ones lake isn't poisoned by excessive Copper Phosphate .Yea ,I'm still rippin' pissed about the current state of my home lake . I 'm going out there again later to see if I can catch anything besides 5" Crappie and White Perch .

you have a perfect right to be miffed about a home lake getting screwed up !!  I would be to;; and guarantee some body thats connected to the foul up would be hearing about it !!   I watched Bill;s u tube videos on using them;2 videos hour long each !!