Finally got back on the water today… having no idea the pulse of the fish in the lake after not throwing a line in over a week.

I introduced Dayton to some slip/floating and Ultra Lite methods… to early to tell but as for now I see him hooked on the sport. On the second cast while teaching him the twitch method on a UL swim bait I hooked up with an 18” class LMB that he helped land with a good swoop of the net.

Dayton soon had a nice P.Seed hooked on the pink waxie of near 8”.

I then soon followed with one of my own.

Late afternoon Earl and I decided to hit the lake for the last couple hours of daylight.

We encountered a good bite on the lake with some quality panfish including a certificate p.seed that hit a drop shot pink waxie in about 15’ FOW. Earl then hooked up with a lunker B.Gill of 9.25” on an UL swim jig on a 1/32 oz jig head attached to 4# Nano.

We left the lake near dusk on a great b.crappie bite because of the mosquitos. 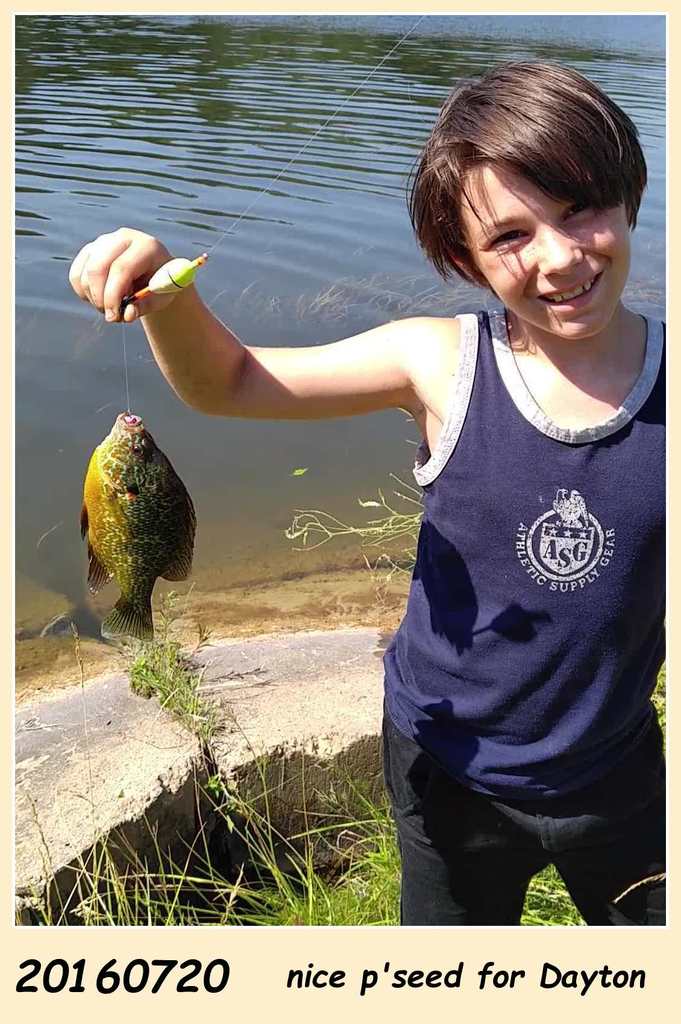 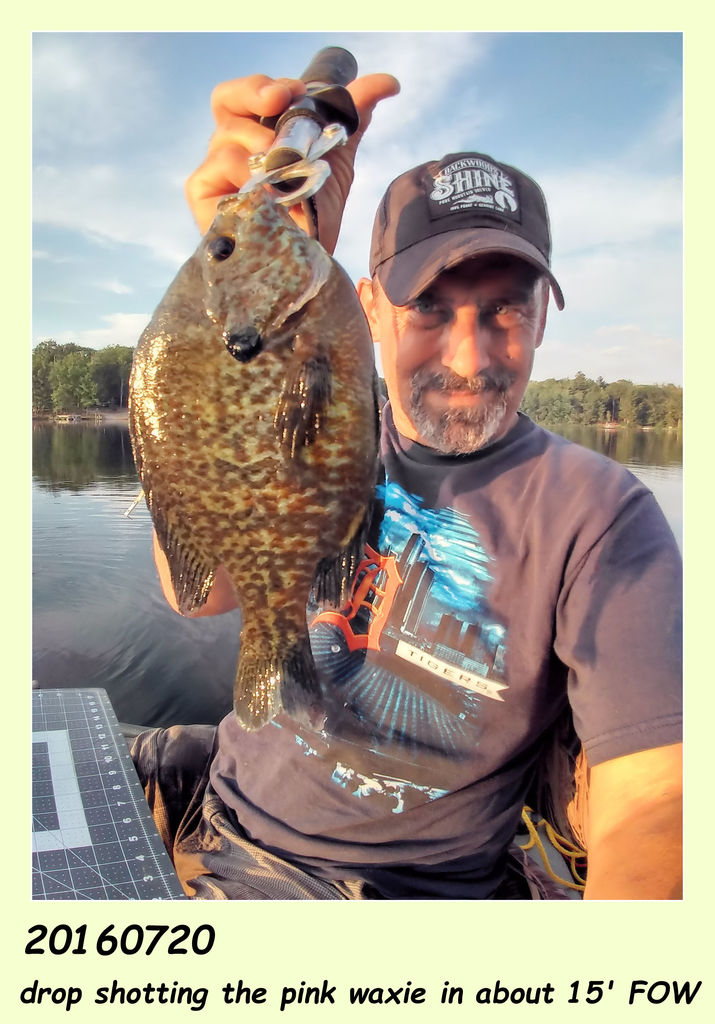 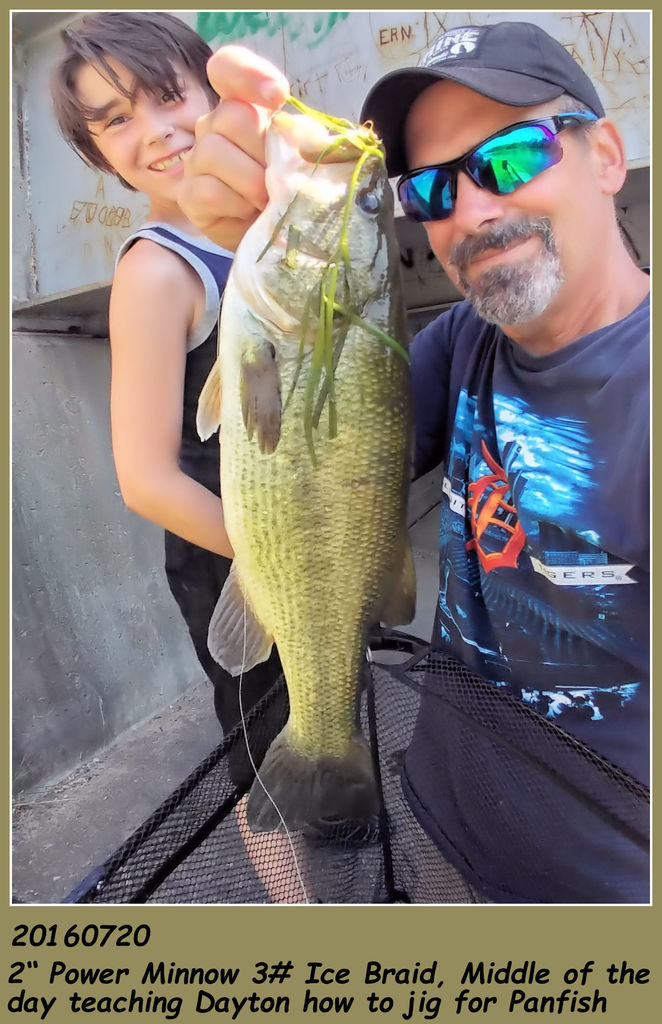 CPR'ed fishes of the day 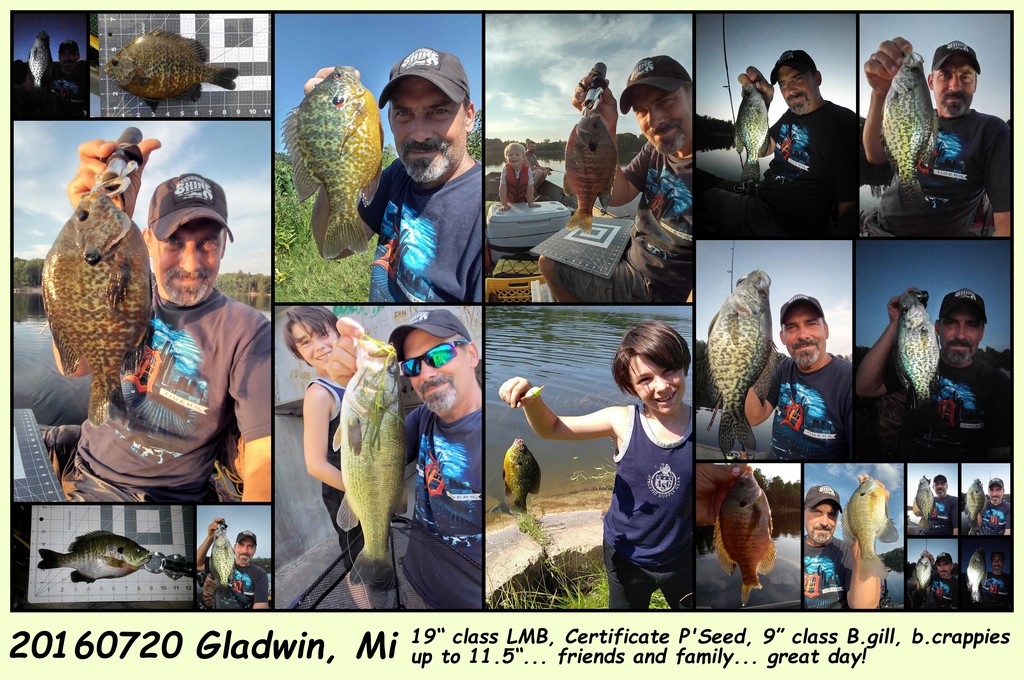 Observe the feeding frenzy, if you can, in comparison between 1 hour before the storm, during the storm, and post periods. I'll be an interesting thing to see for that waterbody you're at. I want to compare it to mine.

Young anglers will always be interesting..

Permalink Reply by Gary Boysen on July 21, 2016 at 10:43am
That's why I got a two seater kayak. Some day I hope to teach grandchildren to love and enjoy fishing and the outdoors. So important to raise the next generation of anglers.