So, I rigged up his ultralight with a tiny lead-head fly I had tied up, and put it about 1.5'-2.0' under a bobber. After just a few clumsy casts, he started really chucking it out there FAR. But actually his clumsy casts caught all his fish. On cast #1, he caught a 9" Hybrid Sunfish!! 2nd cast...a decent bluegill (for that pond), and then that was all he caught. About 10 minutes after his 2nd fish, my wife called my cell phone, and Carson picked talking to Mom over catching fish. He was bummed when it was time to go, though.

I used my fly rod and caught at least a dozen bluegills in about 20 minutes, but nothing as big as Carson's Hybrid! 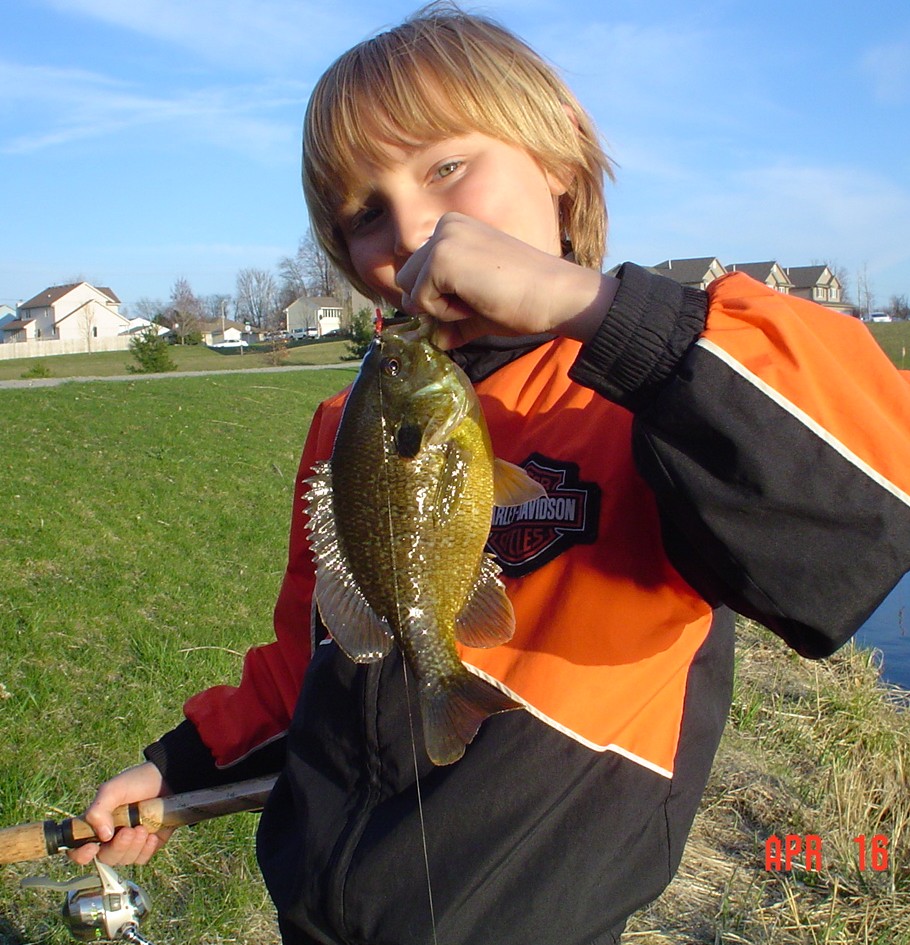 Comment by Jim Gronaw on April 25, 2009 at 5:15pm
Great photo and a great memory! Good for you guys! And Mountain Man is right about that small bluegill for bait thing...it is my favorite way to catch a big largemouth. Congrats!

Comment by Eric White on April 17, 2009 at 11:28am
When I was a youngin I always loved fishing, but here is something that my Dad did to really keep me sitting on the shore watching the poles. Here in wisconsin you can use small bluegills as bait long as you count them as your daily bag limit I dont know the rules where your at, but if you have access to small chubs they work as well. One day I caught a small 2 inch bluegill, he took it put it in a bobber and threw it in, the bobber dissapeared I ended catching a 5+lb smallmouth bass 20+ inches to me that was so cool, from then on out I had to catch 5 keepers bluegills then we would throw another little one in. All I have to say I couldn't wait to go bluegill fishing just so I could catch a big fat bass.