The Mighty Myakka Minnow was born out of frustration. I’m sure you’ve been there.

Imagine a day on the water with fish busting minnows throughout the morning. But after several hours, you still have nothing to show for your efforts. You cast into the spray of minnows, but your offering is ignored repeatedly. The fish are so keyed into the tiny minnows that they ignore everything else.

Although the scenery is nice and weather gorgeous, it sure would be nice to feel the tug of a largemouth bass or hand-sized bluegill.

This happened to me several times while fly fishing on the Myakka River.

After one unproductive outing, I decided to try and come up with a fly that would imitate the minnows that the fish were so excited about.

I knew that the fly had to be no more than an inch long. It had to look like a minnow. It had to sink. It had to have large eyes.

After a few hours of trial and tribulation, I came up with a workable prototype and couldn’t wait to give it a try.

Next time out to the river, I had several Myakka Minnows in my box and one tied on my 4-weight. It didn’t take long to realize that I’d hit a home run. I picked up bass, bluegill, stumpknocker and tilapia while blind-casting. I kept my eyes open for scattering minnows. When I saw bass or bluegill busting minnows, I’d cast the Myakka Minnow into the fray.

Success is so sweet!

Over the years, the fly has worked very well and achieved a national reputation of sorts. It’s a pattern that the Flymasters of Indianapolis featured in its Intermediate Fly Tying Class last spring. I’ve had email inquiries about the fly from interest anglers all over the country. I’ve even sold hundreds of them.

The fly isn’t a magic fly. But it does work very well when small minnows are the main food source. Then, it seems to be magic.

In fresh water, the fly has produced bass, bluegill, shellcracker, stumpknocker, redbreast sunfish, speckled perch and tilapia. Rick Grassett caught a nice brown trout on the Myakka Minnow in Montana. I caught barramundi on it. You can tie it on larger hooks and go after saltwater fish. It has resulted in spotted seatrout, snook, redfish, mangrove snapper, jack crevalle, ladyfish, Spanish mackerel and little tunny.

It’s a fun fly to fish and an easy fly to tie. You can tie it on any size hook to use on whatever fish you're targetting. I tied up a couple on 3/0 hooks, when Grassett, a close friend and professional saltwater fishing guide here in Sarasota, Fla., told me that he had found a bunch of tarpon blasting glass minnows but couldn't get them to hit a fly.

A couple of days later, he called me and said, "Well, I got the then to hit!"

I asked him what fly?

I’m sure there are similar flies out there somewhere, but the pattern was born in my head. I’ve never seen a fly like it in any shop or catalog.

Tie and few and see what you think. 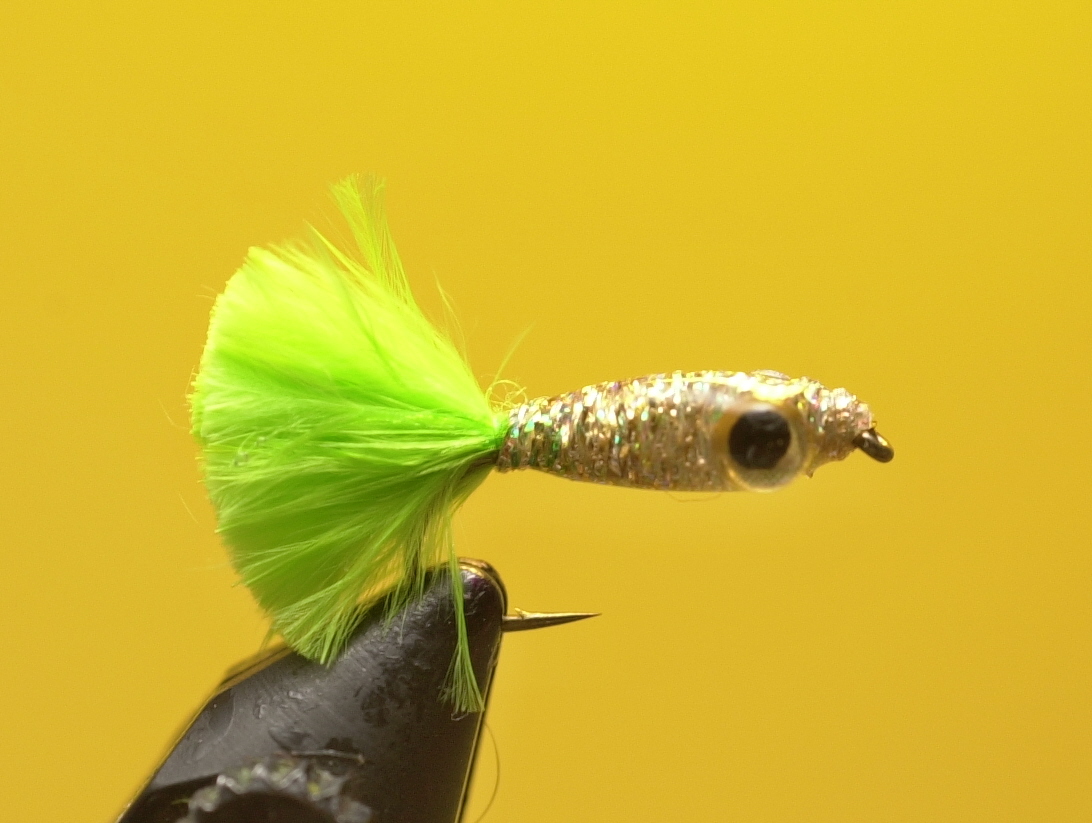 Put hook in vice and attach thread on the hook shank near the point of the hook. Tie in a small amount of marabou and clip to about ¼ inch. Tie in .20 lead wire and wrap 6-8 turns. Tie in Bodi-Braid at the hook point and wind up to just behind the eye of the hook. Wind back to about mid-shank, then forward again, building up a minnow-like body. Whip finish. Add eyes, coat with epoxy and allow to dry.

Comment by Slimdog on December 17, 2008 at 8:16am
Great looking flies, gentlemen. Scott, what did you use in place of the Bodi-braid?
Thanks in advance...Corey

Comment by Bruce Condello on November 19, 2008 at 2:01pm
Same here. I think a lot of different types of fish would hammer that thing.

"Mild Winter for the most part up here in NJ. Though we did have two days of freezing temps and…"
7 hours ago

Now that the Full Snow moon is here, I can count down til the Full Moon in March, this year on…
7 hours ago
1 Comment