A decent bag, not tipping the scales, but ok in my books just over 6 lb. of fish lured in by ground bait, loose-fed spikes in post cold-front conditions. 59 fish - I will give it a go when the rain fills the pond. Water conditions were medium low and after 4 days of warm we were hit by cold North wind - fishing slowed down for us for sure. Note this bag contains 20 large shiners and one large Chicago area public water crappie. - Released. Visit our Chicago Fishing League Group for information.

Comment by Johnny wilkins on October 7, 2010 at 5:41pm
I was using a long pole - no reel (12'). I was NOT using the 42' pole as this would have been what I call an extreme workout!
I am no master of match fishing but I love match (competition) fishing! Every time out I learn and I also get schooled so - no, I am not near master status yet but I love the reference and appreciate the comments, feedback and interest.

For those who don't know match fishing is like League Bowling - only with fishing. You show up, anglers don't get a lane, but rather get a peg number in a draw. After the draw, we go out to the numbered spots (that is our alley for the day).
We get some setup time and then after that setup, we get to fish for 4 hours.
Every fish - any species we catch, goes in a long keep net (9 - 12 foot long mesh net with square supported sides). This is like a huge, long, shaded live well where the fish can recover after the catch. When 4 hours is up, the whistle blows and everyone stops fishing.

Match anglers try to make the most of any species in front of them and in the U.S., one major species to recon with is the bluegill. The bluegill helped me to a 6th place finish in the U.S. Open in Indiana and also helped me to lead day 1 for 3 hours and 56 minutes in my section. I had the lead until my neighbor caught 2 fish which weighed around 12 pounds in the closing minutes. I busted off the winning fish with 4 minutes to go and took 2nd place.

Match fishing can be very exciting and is for anglers of all levels. If you are someone who likes to fish and relax - it might not be for you. This is high-octane bluegill speed-fishing with the clock running. But, as I said it is not for everyone, but I think everyone should sample it at least once.

What I love most is when someone catches or tries to catch bigger fish and I can catch a whole bunch of bluegills and beat their 1, 2 or 3 fish with many smaller fish. The chess match is in choosing your species and choosing which time to change species, shift gears, change baits etc.

In the U.S. Open, I could not win the chess match - I needed some setups and fishing to go after some subtle-feeding fish instead of just going after bluegill and carp. On day 1, some practice would have helped me to seal the victory. I did not make it to practice the night before and I didn't deal with the 8-foot concrete wall behind me. I hit it 4 times with the big fish on and snapped off. With practice, - my own fault, I would have had the shot at a large fish with 4 minutes to go that would have been one of my favorite ever...

Thanks for the notes and bringing up match fishing. Remember, match fishing is just live bait fishing with a clock. 2 people can have a match, all you need is some live bait and a watch.

Comment by Walt Foreman on October 7, 2010 at 6:37am
Great catch, Johnny. Were you using a long pole? Looks like you're a master of match fishing techniques.

Comment by Johnny wilkins on October 6, 2010 at 10:02pm
It looks like it bit your hook- maybe it was focusing in on the hook/barb but it looks like it bit the hook. People call them shiners, roach, shad. Names of fish came across from Europe. An example is that many people use the term Bream. Bream in Europe describes a flat fish and there is a species they consider the bream over there. Settlers encountering the bluegill referred to it as the Bream (flat fish) and that name stuck and is used in the South as the name of that fish... hmmm. 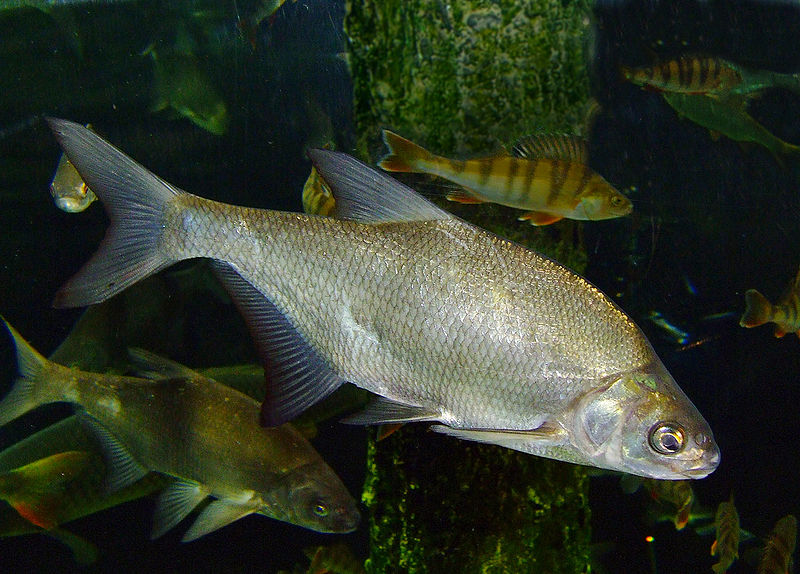 Comment by Johnny wilkins on April 20, 2010 at 1:01pm
They are also nuclear fast! Seriously they are fish missiles. Interesting shot you have there! Might have a been a territorial attack from that king roach. I have it on good authority that they taste terrible - but they make one awesome bait!
If you start to fish size 14 hooks, keep a tight line, and reduce the float size, you will start to catch these. I use this method to catch bait when I go walleye fishing. The bait from the water you are on is the best bait of all.

Comment by John Sheehan on April 20, 2010 at 11:28am
Great bag o'fish John!Those Golden Shiners have the smallest mouths of any fish I think !Heres an odd catch of mine from a small woodsy pond : 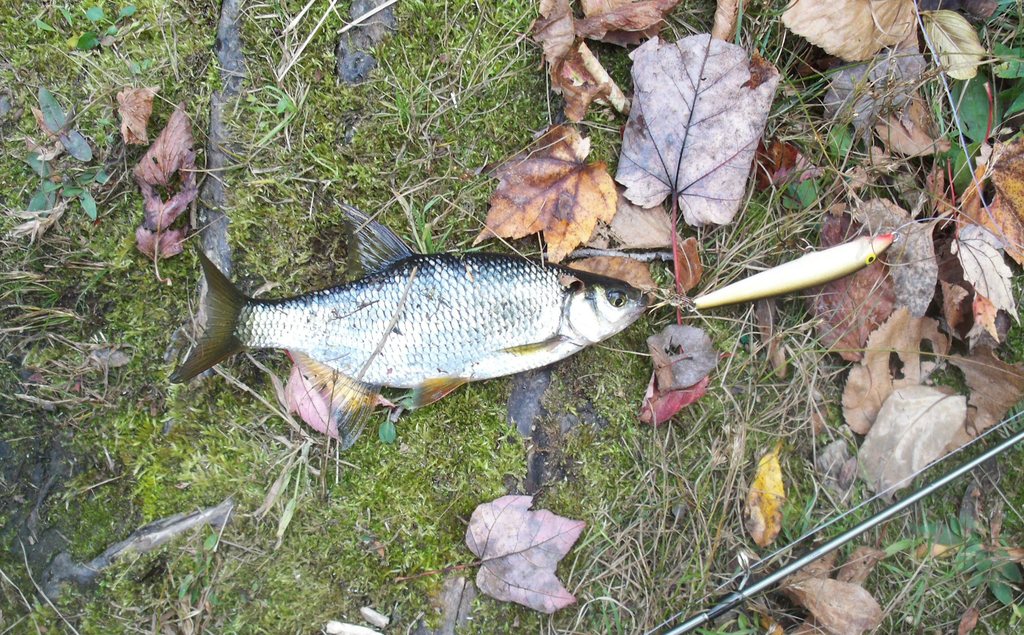 Comment by Johnny wilkins on April 20, 2010 at 9:42am
ya big fish can't resist them neither can I. One of my favorite small fishes to catch is that roach! Worldwide they call them roach. I had a dozen fall off the hook (some I caught later) so I don't know how many I would have caught.

Comment by Jim Gronaw on April 20, 2010 at 9:14am
Those golden shiners, millroach, or whateverer you want to call them are at the top of my 'big-fish bait' list!

"Nice pickerel, John. Have you ever tried to eat them? I haven't yet, but I saw a a few videos…"
2 hours ago