Here it is ,  the  4th of July Weekend  so Thursday  I made a date with my nephew,  who is just getting into fly fishing ,to  go this morning but we had to get back by noon because he was on call for his job , so we were going to have to go early.  Yesterday  I got my daughter talked into catching Catalpa worm from the  Catalpa tree in my yard , the going rate was 5 cents per worm that she caught. 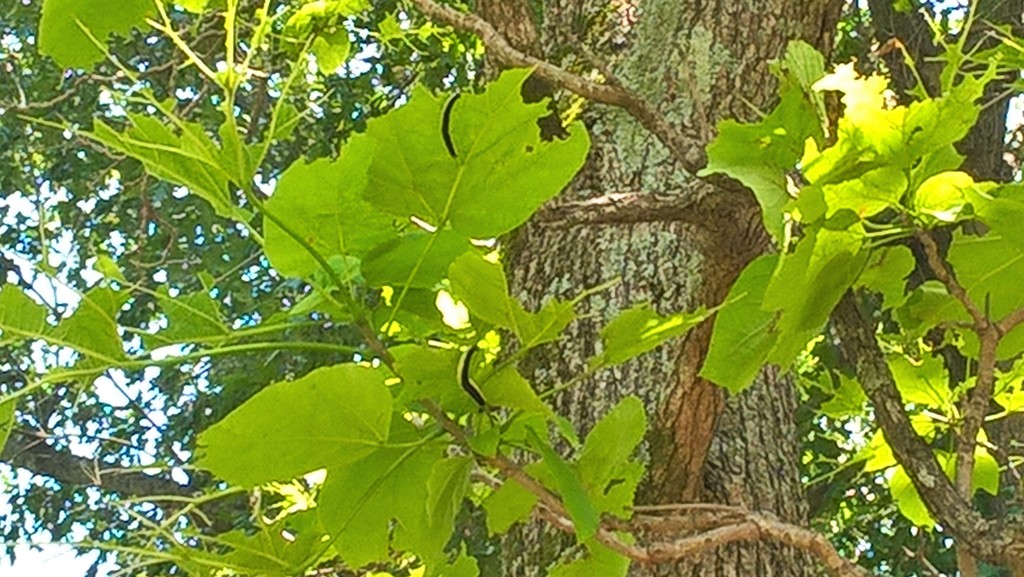 It was hot yesterday but I still had to cough up a couple dollars . 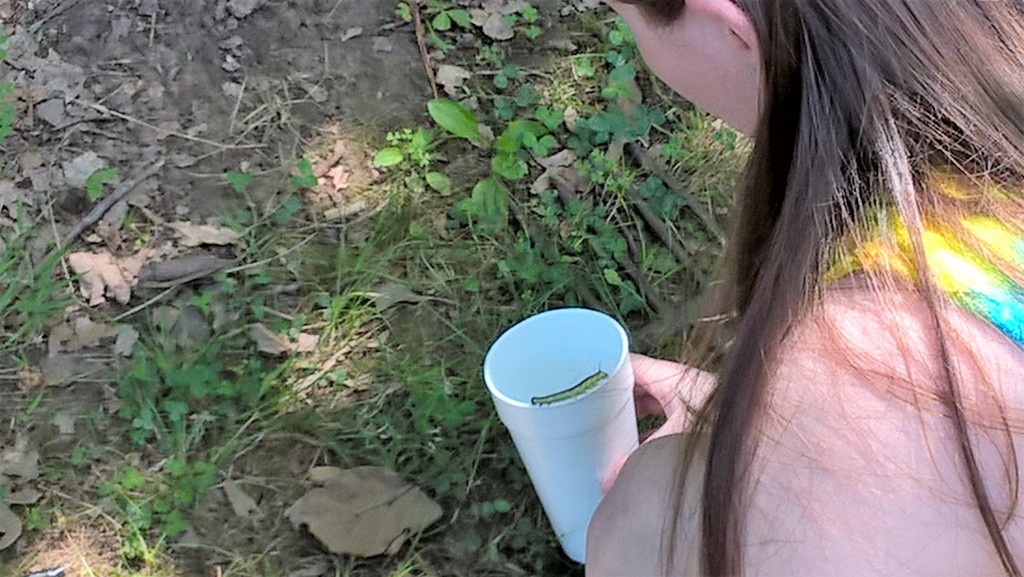 Not thinking that this was enough bait last night  I headed to wally world to get some cricket to supplement the catalpa worms ..The young man behind the counter said  " I guess you need crickets' as he noticed me bringing my own cricket tubes in? Well yes indeed I, I need 2 tubes ', how much are they a tube ' I ask ? he replied  $2.50 a tube , and I said that's ok  lets do this , because I am leaving at 5:30 in the morning and don't want to  stop and look for crickets. That's when the confusion started , I thought that a tube of crickets was there measuring tube, usually about 50 per tube, but I was mistaken , he filled my cricket tubes for $2.50 each! WOW ! My cricket tubes have never been that full in my life, Ok now I'm ready for 5:30 AM Crickets and Catalpa worms . We made it to the water at 6:30 AM and I told my nephew ok push off from the dock and hop it. That's when it happened my starter on my motor sounded like bacon sizzling and there was no power to my outboard , for a split second there was the thought  " this suxs " but I grabbed the cowling off the motor , sprayed a little starter fluid in the air intake and put a short rope around the flywheel  and gave it a hard pull and bang the motor was started and we were on our way across the lake. We anchored at our target spot just after the sun was rising over the trees and started tossing cricks  to the bluegill . The bluegill were hungry and they were acting like centerfielders waiting on a flyball, they would spot the cricket in the air coming to them and they would catch it as it hit the water  and as soon as the porcupine quill hit the water it was going under. this was almost like work the action was so fast , so at 8:50 we decided to take a short break and get some coffee out of the thermos . We were fishing in the shadows of trees and as the sun rose higher in the sky the shadow would get smaller and it seamed like the fishing was getting slower. The fish had been hitting the crickets with gusto but they had slowed down to a couple of minutes between bites , that when I remembered hey I have some catalpa worms. 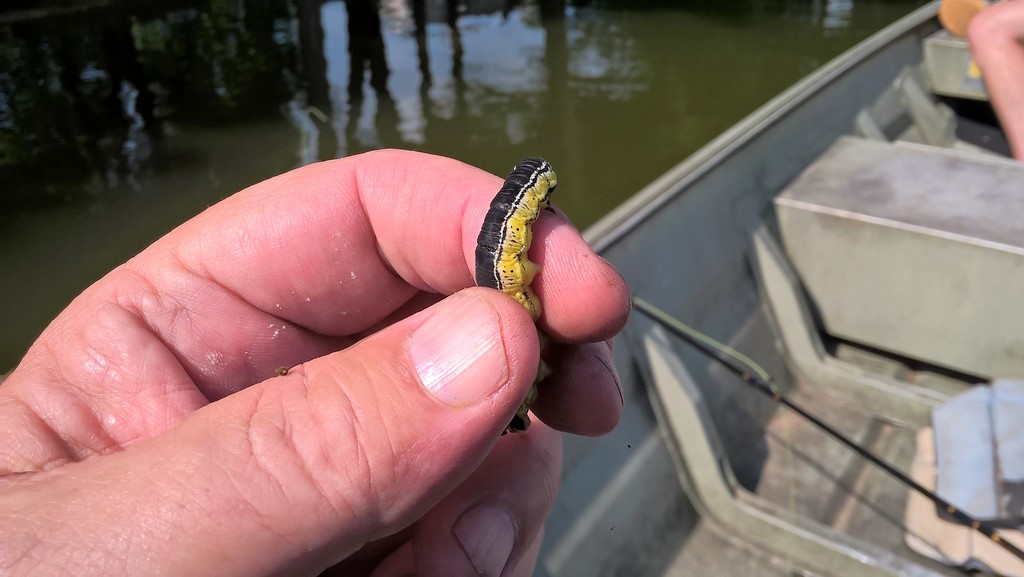 As fast as the action had been on crickets  once the catalpa worms  hit the water everything wanted it, there must have been a fight underwater on who was going to get the worms, that when the catfish wanted in on the action, I caught 3 catfish on my flyrod , bam,bam ,bam, what a thrill ! , and the bluegill wanted as many catalpa worm as I could feed them . This was a day to remember  we caught 80 fish in 3.5 hours , my nephew caught his first fish on a flyrod and many more this morning, so he is hooked on fly fishing now and ready to go back. I have always been a big fan of crickets and always will be , but in a side by side taste test comparison I might have to give the edge to the catalpa worm from todays results and the title of " The Prime Rib of Fishbait " 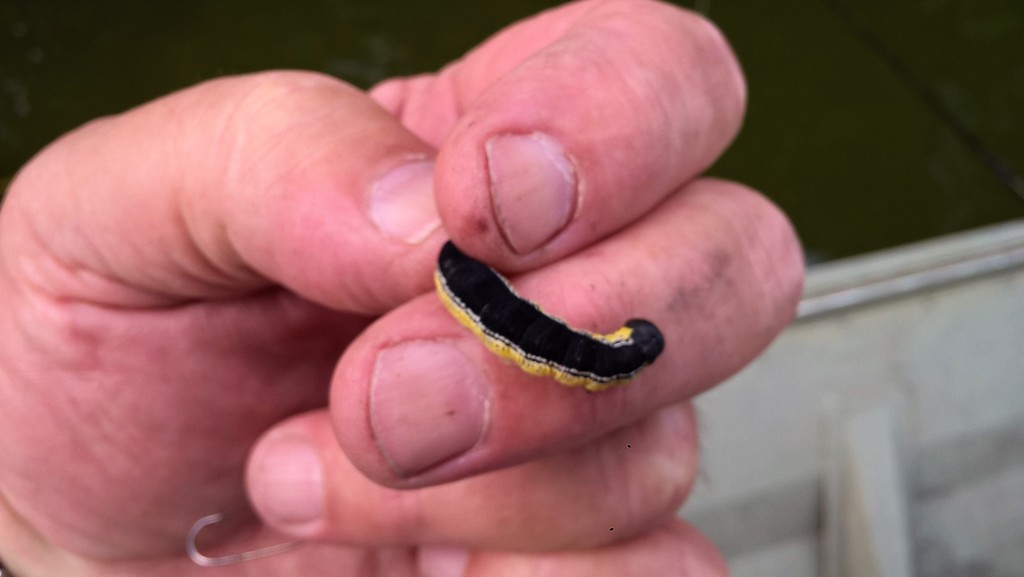 The only reason we quit fishing was we had to get my nephew back because he was on call , but we are ready to go again   ,  we ate those fish tonight , nothing better than fresh fish, it was almost like a Mini  Rendezvous !!!, If you can get your hands on some Catalpa worms I highly recommend you try them , The Prime Rib of Fishbait !  LOFR

We have Catalpa trees here, but I have no idea if there's any caterpillars on them.  I haven't looked.

my mother'n';law  would put them in salt  water and keep them in the freezer.they would not turn black like they would in corn meal,

they also keep  some color,10 bedding bream on one worm,the best.

My Catawba tree's aint had no worms on them in several years.  I think its because they been spraying for boll weavills.

John Sheehan replied to David, aka, "McScruff"'s discussion BUK PERRY FANS?
"1st time i heard of Leadcore line was on a fishing trip to Maine years ago. .I was there for…"
5 hours ago

dick tabbert replied to David, aka, "McScruff"'s discussion BUK PERRY FANS?
"Unfortunately for me all I have now is my plug never used. I was good till he got talking lead line."
19 hours ago

"Been going with these three spoons tipped with Salted Shiner heads or Live Fatheads and Minnows.…"
21 hours ago

John Sheehan replied to David, aka, "McScruff"'s discussion BUK PERRY FANS?
"Turns out I have 10 SpoonPlugs in 7 sizes "
22 hours ago

John Sheehan replied to David, aka, "McScruff"'s discussion BUK PERRY FANS?
"I hear you Dave ! Structure, breaks and Breaklines and Depth and Speed control are key words in…"
yesterday

John Sheehan commented on John Sheehan's group East coast Ice fisherman
"Thanks Dick! Bruce-Glad to hear you're getting out there!"
yesterday

John Sheehan replied to David, aka, "McScruff"'s discussion BUK PERRY FANS?
"Nice Dick !I have about 6 sizes of BP Spoonplugs I've never used .Got them back in the…"
yesterday

John Sheehan commented on John Sheehan's group Not losing Fish with right Gear and Tecnique
"Lost a fish pulling the transducer out of the ice hole .My jerky movement knocked the fish off…"
Tuesday

John Sheehan commented on John Sheehan's group East coast Ice fisherman
"Greg and I got out on the ice again and caught 4 Pickerel a Bass and a Perch .Shiners on tipups and…"
Tuesday

"Thanks Men!  Jigging is a fun way to catch them .I would like to get on a big mess of Perch…"
Monday

"Glad the photo problem i was having is no longer a problem !"
Monday

dick tabbert replied to Julie Schroeder's discussion Setting up a 75 gallon native species tank for a Nature Center
"There will be much enjoyable time spent there."
Feb 14