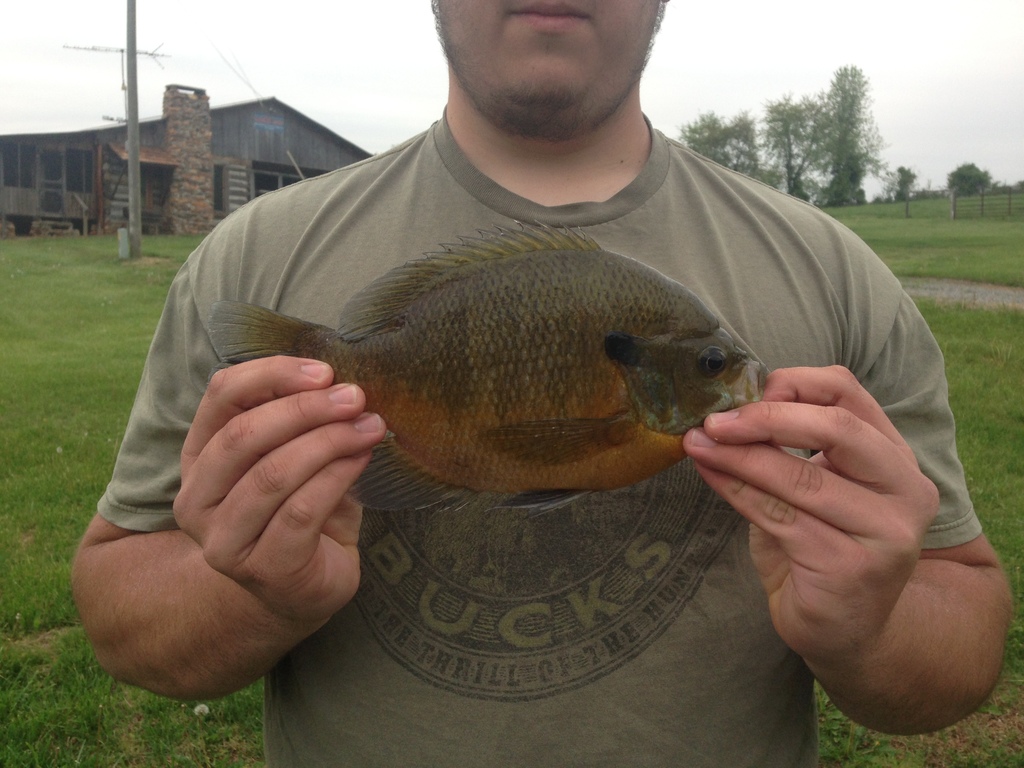 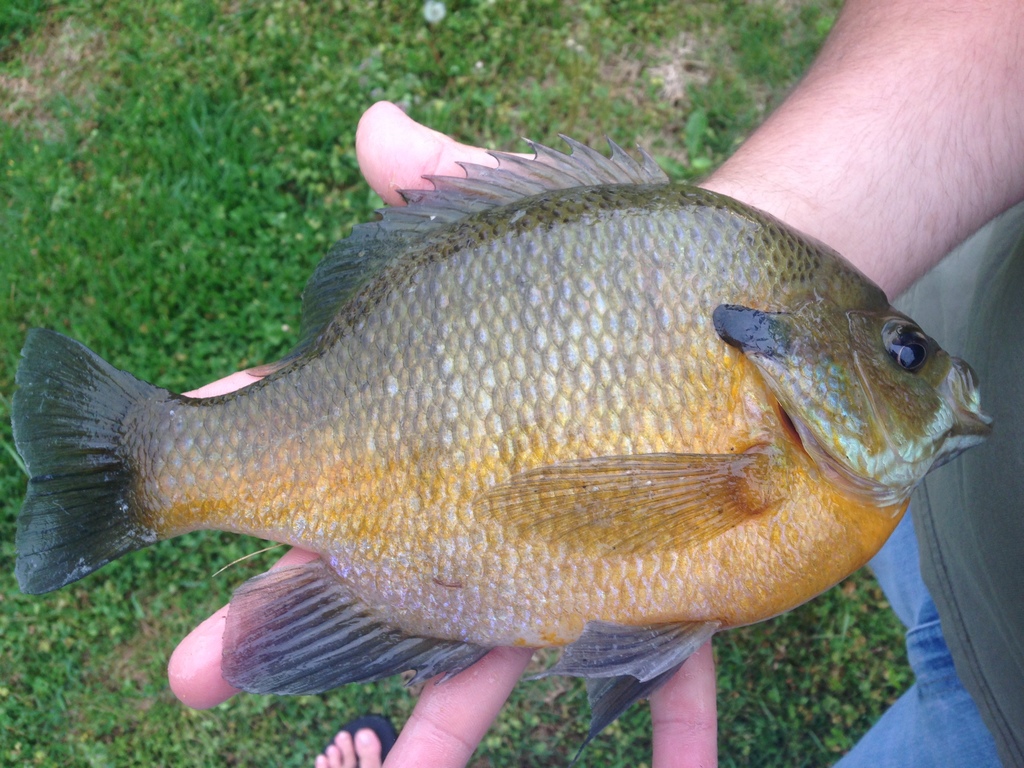 So Castman7 (my brother) and I decided to go big bluegill hunting this evening. It started raining but we didn't stop....I'm glad. We caught several gills close to a pound before he caught the biggest bluegill that I've seen with my own eyes. I tried several…

Got on the water with a co-worker yesterday morning in search of nothing in particular. I caught the nicest bluegill I've caught in that lake on a point in some shade. I almost thought I was snagged until I seen her. Beautiful. Also caught some redear. Yellow perch came out to play along with some largemouth bass. But the most fun had to be when I went on the hunt for the chain pickerel. I hooked 2 within 15 minutes and both of them shot out of the water mid-battle and threw my hook. This…

it was a pretty chilly morning for us in So California on td April morning. 45° to be exact. Was with my manager and best friend Johnny Unn at one of our southern California favorite reservoirs, got there a little late (7:30am) due to me not setting my alarm, but woke up from Johnny yelling in my window, lol. So we had a ton of my signature Slab Jiggies, Buggie Jiggies in 1/80th oz in white, red, pink, chartreuse, orange and yellow. We headed out to oit usual big bluegill… Continue

The River Giveth and the River Taketh Away 4/26/14

I knew the water was going to be cold. I knew the sun was out. What I didn't take into consideration is the fact that my calves would almost cramp up making me worry that I wouldn't be able to make the hike back to my truck after getting out. I was wet wading. On a lighter note I caught the first 3 smallies of the year, all on lizards. Rage Tail (junebug & green pumpkin). Gamakatsu 3/0 EWG hooks. This was a partial Carolina rig. I fished the usual haunts at first with a crank with no…

Got 2-3 hours in the yak on the water after work this evening and scored 4 different species. I used the baby shad jig under a float around brush for the most part. Ended up with 5 crappie (white and black), a redear and a largemouth. Love fishing these brush piles in the yak. Also, as usual I missed several solid strikes.

I had off 3 days straight and spent a ton of time on the water. Picked up a sunburn, several bass, a bunch of crappie and some relaxation on the yak. I have no pics cause i lost my iphone and this one sucks. (Get a new iphone in a week) I ended up catching a 5-6lb largemouth on a 2" grub under a float while crappie fishing (22"). With 4# line and a light crappie outfit that was interesting and she took me for a ride in the yak, but i landed her. Caught the crappie on Bobby Garland's baby…

Look at this absolutely awesome commentary on bluegill fishing with jigs!

Hi folks! I'm posting this blog in the hopes that some of the members of BBG.Com will help get the word out about this event. So...what is Military Appreciation Day (MAD)?

It's really simple: It's just a thanks for members of the Army, Navy, Air Force, Marines, and Coast Guard. You can read about the history of this event at www.militaryappreciationday.org.

In a nutshell, a group of volunteers (which now includes me!) gets…

Last week I cleaned a crappie (one of the two in my recent picture) that was riddled with these parasitic worms. Tonight I cleaned another with the same condition. The web calls them the 'big red worm' and says thorough cooking makes the meat safe to eat, and that makes sense.

Have you guys ever seen these in bluegill?

Been away for a while. Haven't had much time for fishing - hopefully soon, though. At least I get to see what everybody else has been catching here on BBG.

Looking for information on "Land' Em tubular glass telescopic slide out rod.  Made by Alliance Mfg in Chicago in the late 50's.  Cost when new, value nown share and any other info you can share.

I finished work early today and headed out to my favorite pond. I tried a quill float for the first time, and that is all I'll ever use to hang ice jigs under unless I have no choice...that thing was so sensitive, and I realize that I have missed HUNDREDS of fish in the past because of my float. 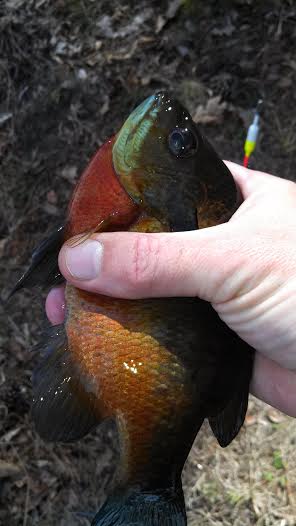 To start off, I caught this gorgeous fish with a chartreuse/black tube on…