I am just starting to fish again after a 15 year absent. Started tying some jigs this past winter and I cannot wait for the ice to leave to use them. I did get on the ice sevral times this winter. In…

I am just starting to fish again after a 15 year absent. Started tying some jigs this past winter and I cannot wait for the ice to leave to use them. I did get on the ice sevral times this winter. In This area, perch is mostlly what is caught through the ice. I was hoping to catch my first pumpin seed through the ice this year but that did not happen. Maybe next year.

4-1-2009 The ice has moved in the lake far enough from shore so maybe tomorrel I can get in some fishing time . The… Continue

Fishing or Bust- it was a Bust

I finally got a chance to get out of work and the house last weekend. My daughter wanted to go to a local Church camp, but I talked her into going to the Sportman's club that also has a lake. Maybe we should have went to the camp for a picnic and fishing!

It was a nice warm Saturday down here in St Clair County, but the wind was picking up and a storm front was on it's way in. I should have known, not a good day to fish, but hey, I really needed to practice my casting and so did my… Continue

Well, it was a pretty hard winter in Ohio on the shore of Lake Erie. So far I have counted 35 9 inch bluegills that I planted in my garden due to freeze kill. There is probably twice that number as the crawdads eat them up when they sink. One thing that caused it was my areator shut down from a power outage and didn't restart. Alas, but I was in Chicago working and when I came home the pond was a solid chunk of ice. Sooo, I get to start over again. I intend to dredge the pond this summer to get… Continue

Where can I buy the myakka minnow fly?

Spring fever is setting in!!!

It's warming up, but I haven't had a chance to get out and really fish yet. In a couple weeks I'm heading to the Detroit River for a shot at some big walleyes. Until then I hope to make a quick run to a pond or creek to wet a line. The crappie are starting to wake up from what I hear, and hopefully the sunnies and gills will not be far behind.

What is your opinion on flyfishing for blue gill. If or if not what is your favorite gear. It doesn't matter if it is a good old fashion worm and bobber or the most advance electrical thing-a-ma-jig on the market.

Anyone on here from South Georgia

Hello to all on here,I thank whoever created this site also as I find alot of good reading on here. I live way down in South Georgia so if there is anyone in my area send me a message. I would like very much to find more great places to fish for the big Bluegills.Thanks

Dreaming of my girls and big bull gills!

Friday the 13th is unlucky for some, but I spent mine with some fishing with a fellow NEFGA member Jarredb. and a fellow NEFGA/BigBluegill member Teeg S. The Executive Director and founder of Recycled Fish, at Verdigre Creek just North of Royal, Nebraska.

We were there fly fishing for stocked/native rainbow trout, and (to me anyway) elusive, native, naturally occurring brown trout. This was my third trip to this stream, the closest trout stream to me at around 3 hours away. A few… Continue

ok guys....monday and tuesday was escambia river fishin with very little luck. tomorrow (friday) im goin over to baldwin county between cliff's and hurricane landings. hopefully ill have some pics of some big bass, crappie, and of course gills and crackers by weekend. yall catch what u can eat, and release the rest....blessed

i finally got my lisence today. I dont ice fish so i still have to wait for the lakes that are not stocked with trout to unfreeze. the bounus news is i know where a little private pond is and plan to fish in it by the end of the month.

just a little "rambling" about myself --- this is my first attempt at "blogging" , so , be patient with me --- i'm a 59 [almost 60] year old from the GREAT STATE OF MICHIGAN --- married with 4 wonderful children that are off on their own --- i like to fish/boat/camp --- have an 18 foot pontoon that i fish from --- am currently out of work [like ALOT of people in mich.] and am looking forward to doing ALOT of gill fishing as soon as it warms up --- i guess thats all for now --- i will attempt… Continue 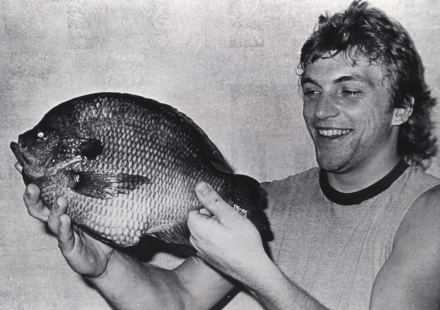 Years ago prior to a story on his state-record bluegill, I interviewed Darren May by telephone. At the time he had his monster bluegill perched on a wall in his home, staring down a mounted 7-pound largemouth bass.

’‘You know what?’‘ May said. ’‘If they were still in the water, the bluegill could tear that… Continue

Todd Overton of Texas is a fish raising specialist. He has isolated some really exceptional coppernose bluegill broodstock. Note the beautiful white and/or orange fin bordering. 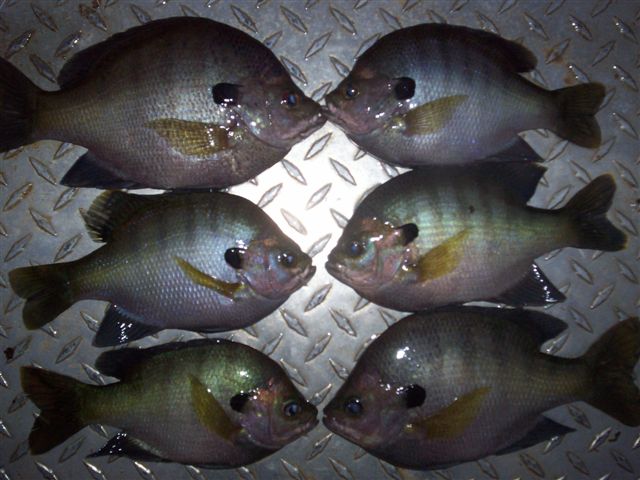 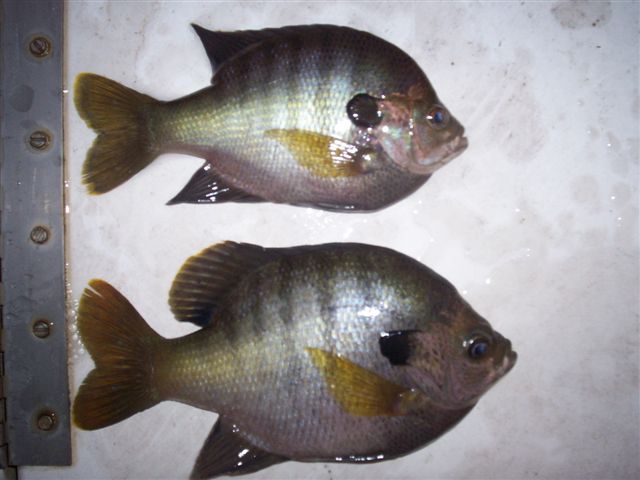 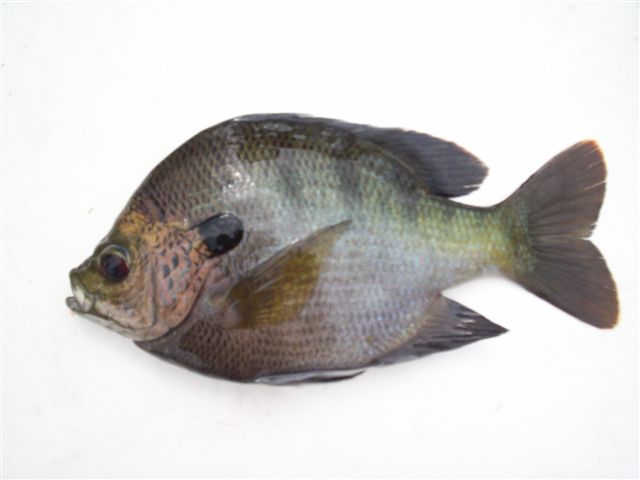 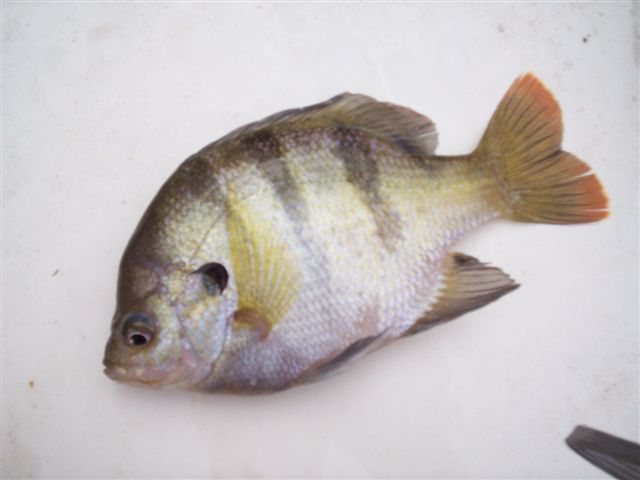 At the dam on the Tuckahoe river,,,,,loaded with lots of big gills, and I do not mean crappy

Fish just below the bridge and further down also...lots of fish last week.

I've added a couple pictures of an ice fishing trip a month or so ago with by Bluegill Buddy - Brett. It was his first ice fishing adventure and after hanging in there for almost 3 hours and catching a couple nice gills and one redear he asked, "When are we going again?" That was music to my ears!!

Im moving to Florida,naples.Im wondering if anyone knows of any good bluegill lakes or ponds etc.

New to the crew

I just joined up. It is great to see a website for the thousands of people who grew up to appreciate the mightiest of all gamefish!
Like many anglers I cut my teeth catching little gills with a bobber, hook, and self-dug worm at a small farm pond. Now I like to use any technique possible to entice the bite and the fight of a big bull!

whats up guys, do most of you use the same tackle when going for crappie and Bluegill. Will the same lures and setups work, or do the bluegill typically like more live bait presentations.