Cool Slip .Thanks for posting .

Permalink Reply by Leo Nguyen on June 7, 2016 at 3:20pm
Looks like what I normally use here near the windy shorelines.

Permalink Reply by David, aka, "McScruff" on June 7, 2016 at 3:28pm
Before I took up the fly rod, I had a bunch of old flies from my dad. I used them in just this way.
I never really put much thought into it again, once I went full-on fly rod.
But it gives me an idea for dressed bait hooks....

Permalink Reply by David, aka, "McScruff" on June 7, 2016 at 5:35pm
Here's a nice selection of feathered hooks, Ken.
http://m.dhgate.com/product/new-feathers-bait-flies-shape-fishing-l... />

For the fly tyers, it's a great way to use those cheap, dyed feathers you can't figure what else to do with....
Attachments:

…exactly!...a few years ago when i bought my first flyrod at Dunhams... i bought a pkg of about 30-40 really cheap to play around with. they look alot like your showing

Slip, you need to get some of Carl's Rascals.  They fall SLOWLY.  Don't need a split shot, although I've used shot when I fish them.  Rascals are basically a large bead-head fly.

…then i would have to go with a weighted slip/float and would be a different setup.

what's unique about this setup is the fly with the nearly neutral gulp waxie floats about the split shot with the water currents in a tantalizing fashion... under a Slip/Float

carls rascals work great... i cast them with my 3# Nano easily on my UL... i had a great afternoon with them just recently.

A successful outing with the slip/float/fly set-up… 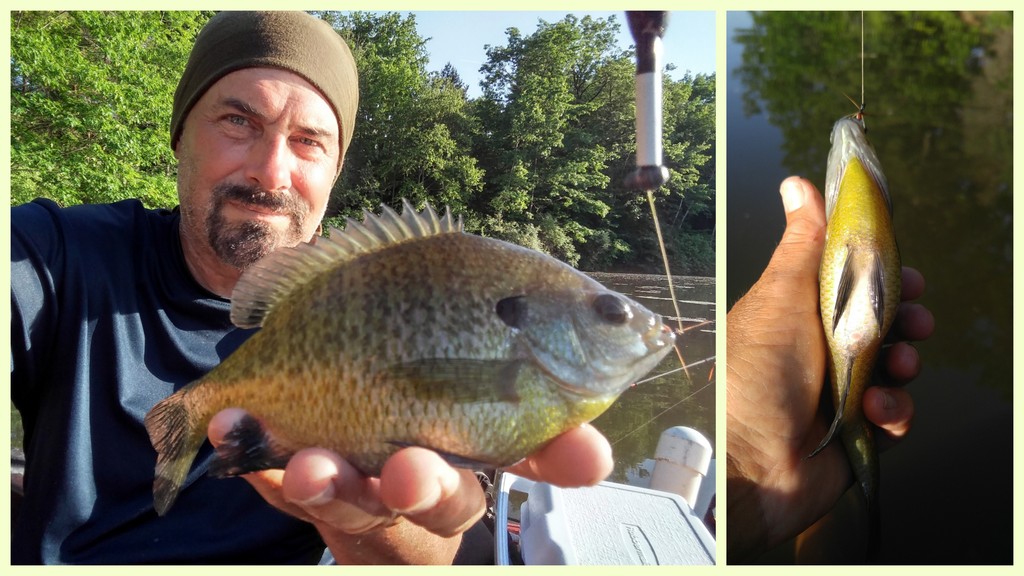 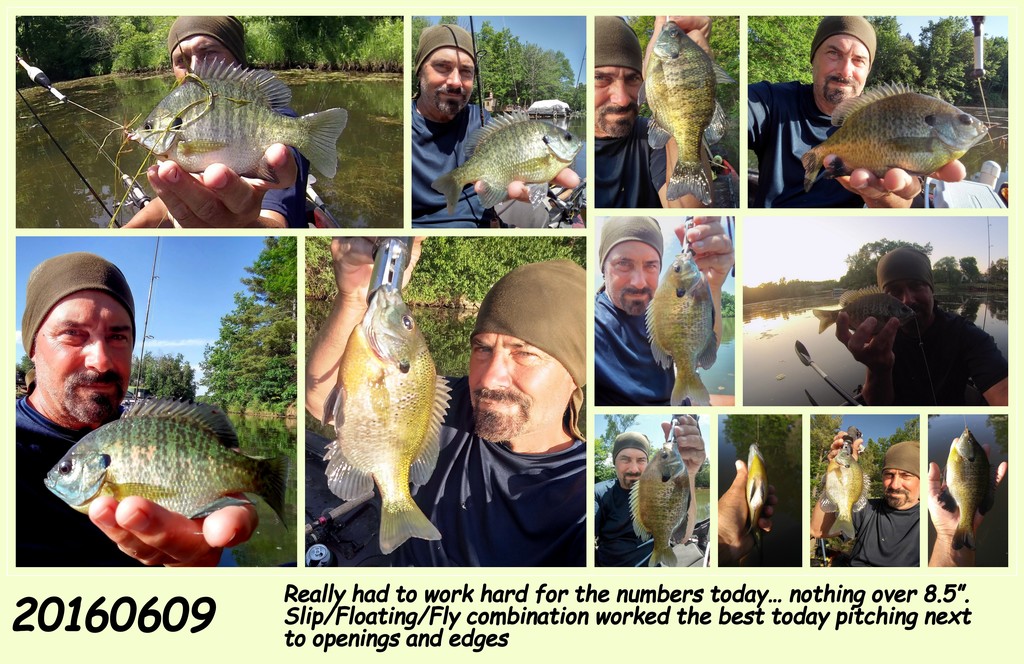 Thanks for posting this and the accompanying text. It explained everything in detail.

Question: How do you know when your bait settles to the bottom of the lake?

Your welcome Bruce... lets review the current pattern im fishing... im fishing in 1.5' to 3' FOW ... i set my float stop at about 12"... when i cast and the bobber finally settles it will stand straight up as the visible knot and bead will travel to the top of the float while the split shot sinks down. thats why i like the bright colored knot instead of a manufactured rubber or plastic stop... i really like the visibility.

We’ve had multiple cold fronts back to back…..and accompanying rainfall which has pushed our…
3 minutes ago
0 Comments

"Thanks Bruce and John, we enjoyed a very comfortable morning with a good bite…..I might have…"
21 hours ago