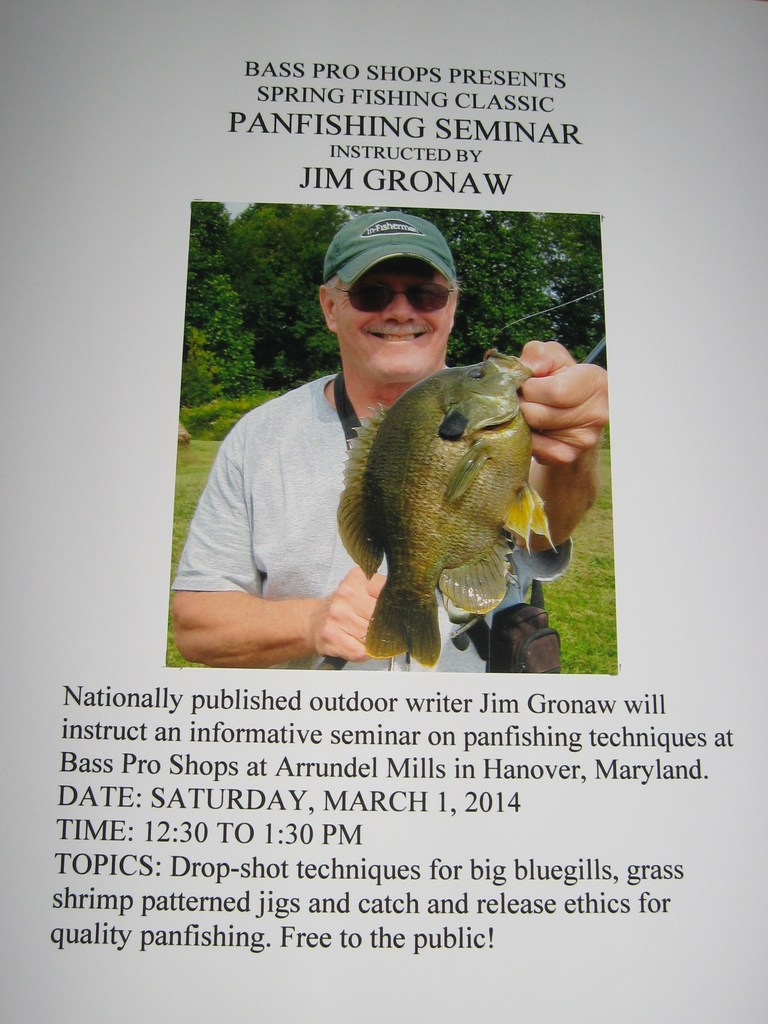 I must say that I am delighted and thrilled to be a part of Bass Pro Shops 2014 Spring Fishing Classic by putting on a panfishing seminar on March 1, 2014 at the Arrundel Mills Mall Bass Pro Shops. I know that maybe only a handful of BBG members are within driving distance of this event, but it would be cool to meet a few of you and talk fishin'!

Congrats.....Wish I could be there too.  Don't forget to mention UL fly-rod fishing (fun and effective).....Don in SC

Wow Jim, what an honor it is to be chosen for such a event! I only wish I could be there in person. I look forward to the spring classic every year, and would love to see some time devoted to panfish at our BPS. I know your seminar will be not only informative, but a fun time for all that are lucky enough to attend. Is there any chance your seminar could be recorded and posted on here for all of us to see? Good luck and congratulations for being chosen for this seminar my friend.

We need Jim to come down to the BPS located in San Antonio TX.

Congrats Jim, I am looking forward to being there.

Tony and Brent...I'm pretty ugly these days...beard, needful teeth, pot-gut. You may want to keep the pics to a minimum!

See ya there, Brent!

Jim,
I regret that I will be at work on Saturday. I'd love the opportunity to hear your presentation. Especially since I live on Md.'s Eastern Shore (the home of many ponds with good B.G. populations). Perhaps you can share some of the material you present (after your seminar) with members of this board. I'd like to learn more about your drop shot technique.

Jim, will BPS put video of this online or allow you to record it and post to YouTube? I'd love to attend but I'm on the wrong coast <g>

congrads Jim, I whish it was closer to me,  so I could go I bet you will do a great job, best wishes Mark

How did it go Jim?......pretty good turnout?......I know the location in Hampton, Virginia had a great Saturday but they just had bass guys not Jim Gronaw.....but we remain a little bias on Bigbluegill.com now don't we......

Thanks, Jeffrey. Meant to get back sooner but we are digging out from yet another storm.

On Saturday we had a couple dozen enthusiastic panfishers in the audience and numerous other 'passerby' folks that would hang out for a large portion of the presentation, that lasted about 1 hour. 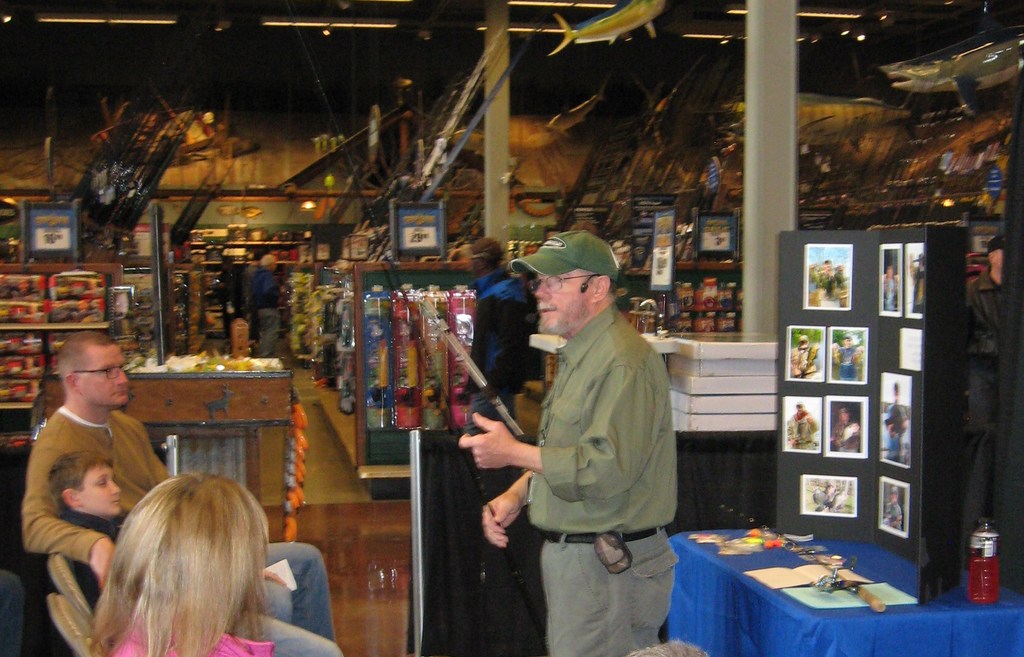 Had a nice mix of ages, young to old. Covered the drop-shot, grass shrimp and the conservation ethic topic for larger panfish to be released in the majority. Met some great people and made some new friends and contacts.

The management at BPS had eroneously  listed my start time as 1:30 pm, which meant several people, including my friend and BBG member Andre Sturkey, came late and missed the seminar altogether, Too bad, but it was great to see him and BBG member Brent as well.

They asked me if I could come back in the early summer and do some other seminars. I want to do one strictly on teaching kids to fish. Great time all the way around!

"Beautiful. Do you get snow very often?"
1 hour ago

"For Gills and Pseeds  yes the 10th oz SP,Bruce. But for Perch, Bass and Pickerel,…"
yesterday

"I always to well with the smaller ones for pan fish."
yesterday

"Right Bruce....I'm over it already, but Mother Nature rules......"
yesterday