Hey Bruce, Those are the gills that we all dream of catching. As members of this site, and other true gill chasers, can anyone fish this spot as a paying consumer? What was the average sized gill you guys caught? What issue of In_Fisherman will the article be in? Guess I could ask questions all day. Again, great gills and lets keep on dreaming and fishing. Nick Holt. Jim Morgan is the owner. He recognizes beauty and opportunity when he sees them, and… Continue

We all face struggles in life. We all have hard times…..some more than others. “And this too shall pass,” I told myself many times the past 8 months. I don’t pretend to think that my troubles are any worse than anyone else’s. I just know that it has been the hardest 8 months of my life. So when do you see the light at the end of the tunnel? For me it happened a few weeks ago when my wife gave birth to our beautiful baby girl. When you look at new life it can give a new perspective. Here in my… Continue I'm new to the website and just wanted to add my 2 cents. By accident I've discovered a very effective rig to catch bluegills with. I slide a tiny bead head weight onto my 3 wt flyline, then I tie on a Gamakatsu C13U Keel Balance Hook #10. I then thread on a Mister Twister 1.23" Exude Nymph (Moss Green/Pearl color). I guess the gills think its a grass shrimp. Works for me. The hook is a very thin wire hook and makes it easy to remove from the fish.… Continue

Started fly fishing early this summer, to get in some casting practice I would slip off to a small pond and ended up catching a few Bluegills. Started off with trout in mind but now I am not sure I am not having more fun fishing for Bluegills. Am I alone in this???

I work at one of the Georgia State hospitals. This particular facility has a nice 3 acre pond on the premises and I never took it seriously until last Saturday. I had to work, and decided to pick up a container of wigglers on the way in. I figured what the heck, I'll give it a try when I get off about 4:00 P.M. Well, to my surprise, I started catching some nice gills in the 7" to 9" range. I was fishing from the bank and flipping bait around 10' out. It seemed on every cast, I was getting hit.… Continue

After about a month of no gill fishing finally got out this to and had personal best day. Wind was blowing 20 to 25 knots all day. Pretty cold for florida. I guess cold turned them on. Here some pics.

Periodically we see the fishing media try to direct us to the new "in" fish. Carp have seen a resurgence, walleye started having their own tournaments, smallies had multitudes of stories written about them.

Now it's the bluegill's turn!

Bluegill have it all.

Trophyability...(might not be a REAL word)

Enjoyable for all ages.

I love catching sunfish. There's hardly any other warm water species of fish that look as brilliant in the sunlight. And table fare, one of the best! And talk about putting up a fight, like fighting a cast iron skillet with fins!!!
My love for sunfish has brought me here to offer you all a chance at catching a trophy sunfish and keeping it forever.
Check out my fish list on my page for sizes of panfish for a free custom cast replica.   Sizes will be updated as fish are caught.…

I finally got out to one of the local fishing spots for around an hour yesterday. Was throwing a black and chartreuse 1" curltail. Ended up with two 7" crappie and 4 7-8" gills. Not big, but great when fried up whole. On the way back to the car, I ran into the local game warden. He noticed the size of the fish and I told him that I couldn't catch anything bigger. He told me that it was okay to take these fish, as the lake has many stunted gills and crappie, and that I was doing the right thing.… Continue

I Pledge To Re-Read The Rules Every Now And Then

In fact, I’m going to go over them right now so I will have a clear understanding of what ya’ll should expect from me. I promise to abide by the rules, and enjoy it!

I pledge not to cross the line, although I’m not too sure I’ll pledge to stay in line. I got a paddling at school in the 1rst grade for that. It was the after lunch, back to class line. I was in it, it started moving and I went with it all the way back to the classroom and sat down in my desk just like we’d… Continue 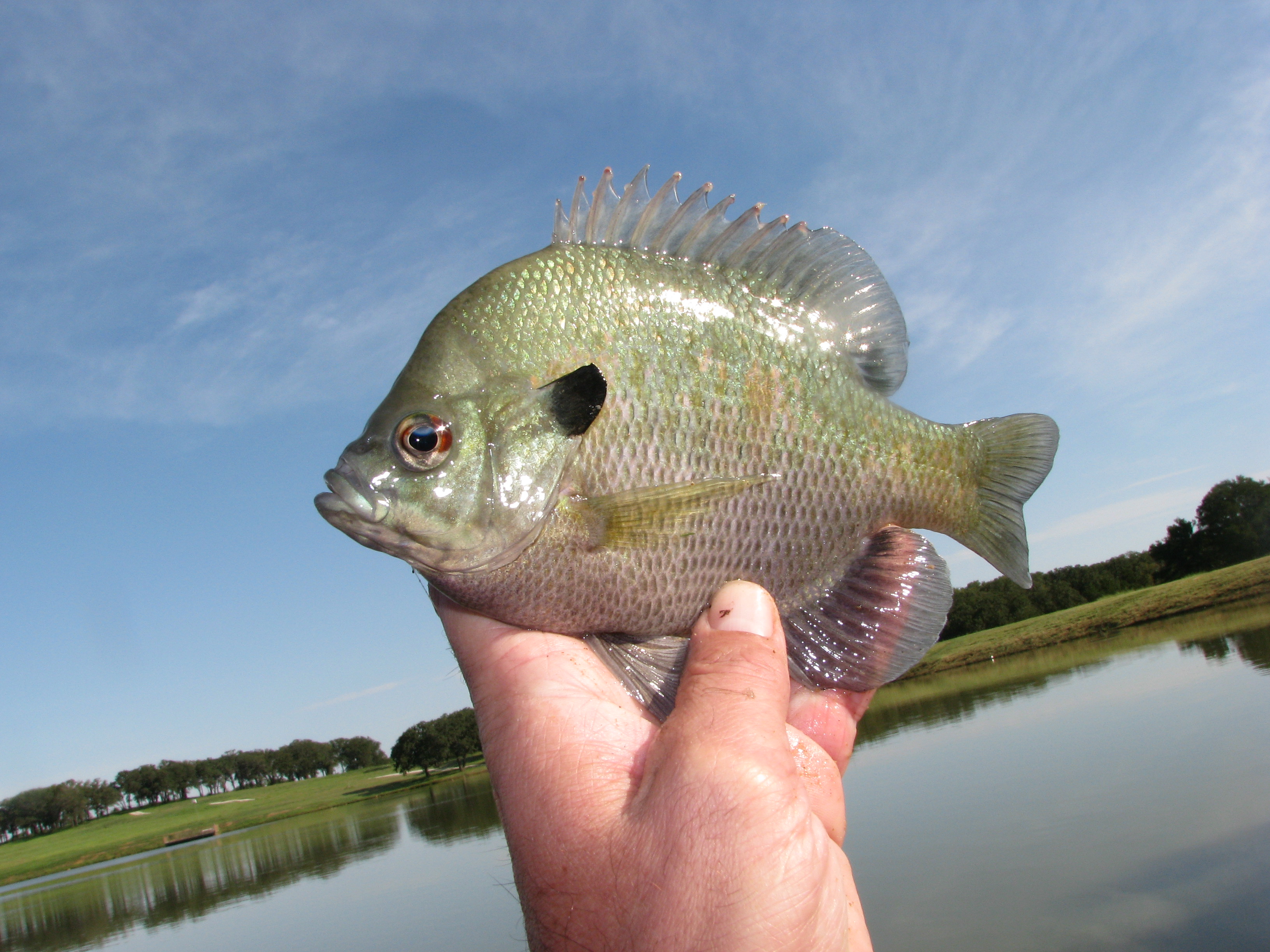 I've been in Texas fishin' for Texas Red-Eyes!

I've also been catching lots of these "Non-bluegills". 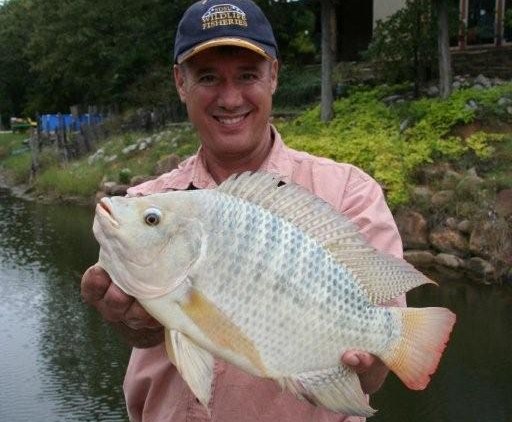 How on earth do you peoples catch those massive bluegill's? I've never got a bluegill that massive in my life, I haven't fished alot recently. However I'm a bass man but bluegill's are pretty fun to there are quite a bit in a pond that are walking distance from my house but its october now and I can't fish warmly now until.... what April? anyways im just wondering if theres anything other else than a worm that will work..... later everyone