So I got a call today from one of my clients...He fished his pond for a couple hours yesterday morning, caught eight largemouth, one of which weighed 1.5 pounds and the rest of which went between three and four pounds each (he's already caught two bass this year just under six pounds each, and several five-pounders)...He also caught five bluegill, while fishing for bass with a plastic worm.  The biggest one weighed between one and a half and one and three-quarters pounds on his digital…

Monday and Tuesday were fun days with those aggressive redbreasts.

Monday at the areas I've been hitting the sunfish, perch, and bass, the fish didn't seem too interested in what I had been catching them with. Later in the day once I switched over to a 5cm hot steel Rapala Original Floater and twitched it very lightly on the surface with occasional pauses, those redbreasts were acting like largemouths would on a topwater!

Went to my honey hole on Tuesday the 23rd at 5pm. I decided to fish muti-areas to locate that monster gill I have been searching for!!! In three hours I caught 15 keeper bass and a couple of channel cat.  No gills at all...this is a great spot to visit. you fishmen that are in the Lake County Illinois area should give this hidden lake a try, I'm sure you shall be all smile at the end of your day their...

hey dick tabbert have you or anyone tried the gulp maggot back in ohio and mich. i used to live on the coldwater chain (longlake) always used red wigglers too,but in az too hot for them .these maggotts have been great. except it is 115 degrees here to hot to go.

one minute it is sunny next it is storming while your fishing! :/

Congratulations Bruce Condello and Jim Gronaw for your featured photos in the King Fisher Society's "Bluegill Gallery". Richmond Mill Lake is awesome and they got it right when they featured you guys in the Bluegill section. Two passionate people about everything Bluegill and great contributors to this site. Its worth taking a few minutes to check them out folks when you can pull yourself away from Bigbluegill.com :-)

Recently at one of my main local fishing grounds I've been hitting the sunfish with a few yellow perch and largemouth bass mixed in.

The lure that has been getting the fish to hit has been a 7cm brown trout Rapala Jointed. Most times I can see plenty of bluegills and redbreasts of all sizes chasing it.

Recent days I've had with that one lure have been:

As the leaves start to change so too will the Gills. 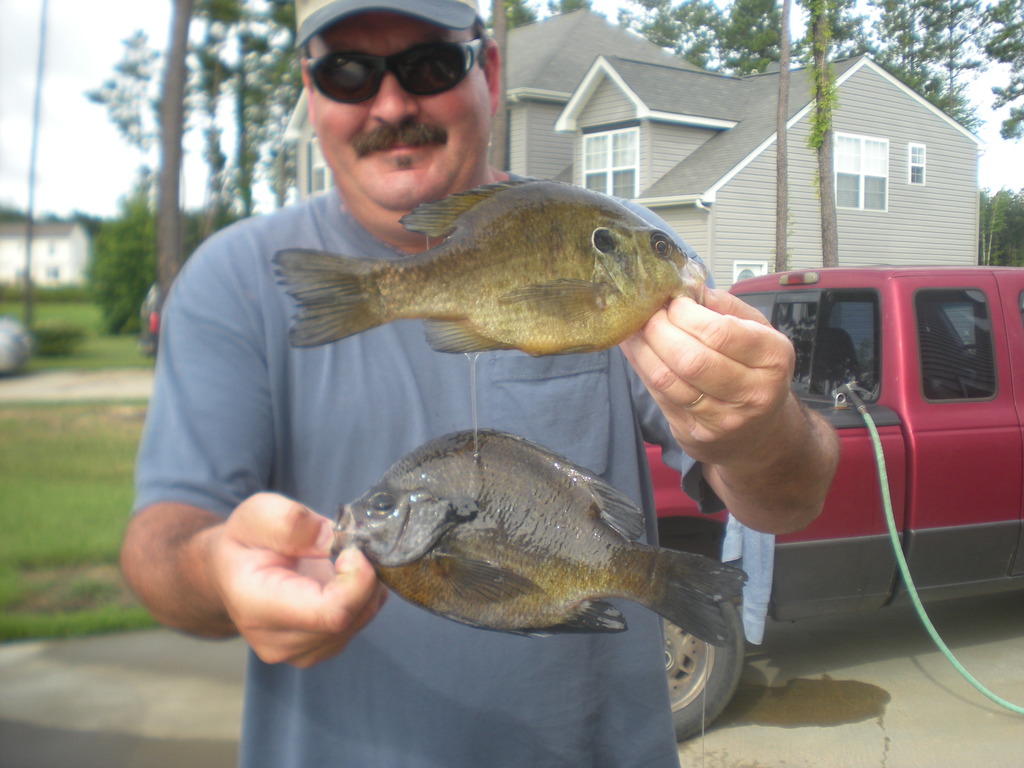 I slow things down in the fall and obviously look deeper around structure adjacent to the bedding areas. Sharp contrast to a late Spring pattern or early Summer where the goal is to cover as much water as possible in those potential bedding locations. In the brackish waters in Carolina I will look for 4 to 8 feet of water and work those areas with a very…

Ok - homemade recipes for chum are good - I encourage that. I have had a lot of experience with chumming over the past 12 years since I converted to a chum-only angler about 90% of the time.

For me - no matter what I do at home with the food processor, the consistency is off which makes the concoction perform badly (when being placed/thrown).


Hi there. My name is Dick Tabbert. I know some of you from Big Bluegill here and have a favor to ask of you. I started wood carving probably 30 years ago at which time I carved mostly birds and ducks and after 10 years not having enough time I put up the knives and gouges. Now that I'm in Big Bluegill and retired and starting to see some of these fantastic photo's that your posting I'm thinking that It's really time to get back into it. I see… 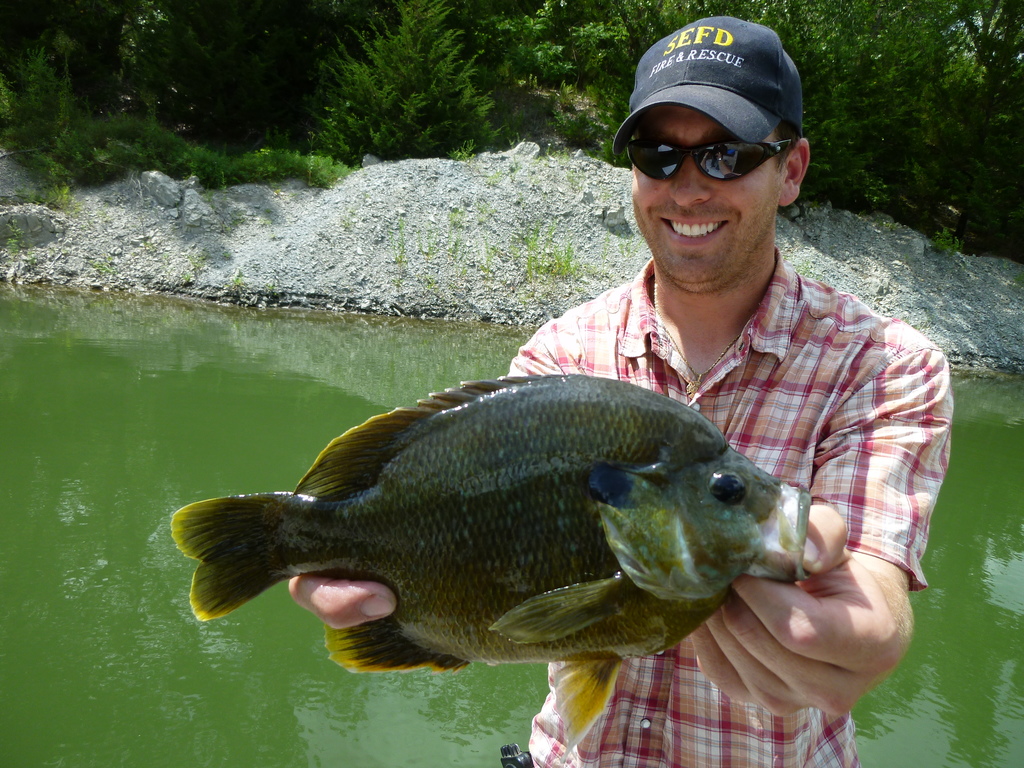 Full Moon Brightens the Albemarle Sound.  The last full moon of this Summer is coming up on Saturday night the 13th of August. In the Southeast, it is my opinion that this moon phase is a milestone for the gills moving out and off the beds. Fish have already started to transition in some areas and two more weeks of the heat will continue to bump the water temperatures up near… Continue