Well, I am sure that you all knew it was bound to happen....that's right, my grandaughter, Elena Joy, woke up from an unsettling dream yesterday and proclaimed she had caught the biggest bluegill of her young life. At first, I thought she was just joshin' me. But then, coming from good blood lines, I thought that maybe she did… Continue

There is a fish god

Went fishing yesterday for the first time in 10 days.Weather had dropped down to the 60's at night and high of 82. Perfect for the gills to move into the shallows. Little worried about the moon phase but it was 3% less than full. Gorgeous day! Started out with my flyrod for 45 minutes and caught a 3in. I was starting to get discouraged but I always have a backup plan;Worms! Ended up using the whole box. My goal for the trip was to catch 10 to fifteen for the skillet and to catch and release…

Bassin' the reeds on "big pond"

Had a fun day today spending about five hours passing along an important tradition with my three little ones. Had been years since I "spun" the reeds for bass and pike on my favorite lake, but decided to take the kids on a spur of the moment. This is just a handful of what we caught and not in ideal conditions as we had wind gusts of 20 mph.! Not only was I surprised by the fact that the bassin' has gotten much better and the number of pike has decreased, but the quality of the fish was… Continue

Another evening and night trip to Norfork 1700 we started working the opposite bank of one of the back coves. Working both gill lines and cat rigs we set up to work this new side.

Well of we go to try our luck at evening and night fishing at Lake Norfork.

Really breezy gusts up to 15 mph and straight into the back of the cove we were working, yes we worked and sweated to wait the wind out. We had a few peckerfish but mostly it was…

Well the son is out of town for a school trip so we have a full day for fishing.

Off we went at 0800 to Lake Norfork with our gill and cat gear, started slow and the wind picked up but we still pulled 4 keepers out 1 7” and 3 8” and shock of shocks a Redear in the bar area which…

Still on the hunt for gills and cats.

Fair weather and decent winds for a good trip. We went to one of our holes we haven’t been to in a few weeks.

Better than the media

I've only been with BBG.com for close to a year now, and realize that it beats any fishing shows or articles I have read. Not only is it informative, but who can beat a site that has quality videos and pictures? I'm still recovering from my bout with pancreatitis, and the doc says I won't be active or back to work until the end of September. (Doesn't mean that my sweet wife can't drive me to the lake for a little cast and recreation.) The heat here has broken some and the evening hours look… Continue

Well here we go again on the hunt for gills and now cats looking for the spawners and maybe a BMOC that had moved in to take spots that we emptied before at Lake Norfork in Arkansas.

I have a great wife and fishing buddy. On the weekend I get out early to my little pond. While I’m fishing my wife is relaxing in the house re-string my new reel with # 4lb test line. When I catch a…

Well off we went to try our luck again.

We had a few bites and one Redear keeper 7 1/2" but did not catch any buddies to go with him/her so tossed him/her back to the lake gods for better luck next time.

We had one catfish rig out in the cove we were working.

Thanks to AaronM, Big Bluegill co-creator and CEO. Thanks to his vision for creating the world's best panfishing network, and his generosity, Big Bluegill will continue on Ning Networks moving toward the future.

Another early morning and a trip to Norfork.

Well the boys seem to have move shallow between 3' and 5' and close to shore by the looks of their tails they have been busy makin homes for the ladies.

We were still using the bobber and worm mix so no change there.

Howdy Y'all only way to beat the heat is get up before it starts.

We went to Lake Norfork and woke up the lil fishies with breakfast in the waterbed.

But they were late sleepers at least the big ones were.

What do ya think about a group link where we can post KID & GRANDKIDS pictures. One click and you can see all the ear to ear smiles. Heck I got 100's to post. Give a kid a fish you feed them for a day. Teach them to fish feed them for a life time 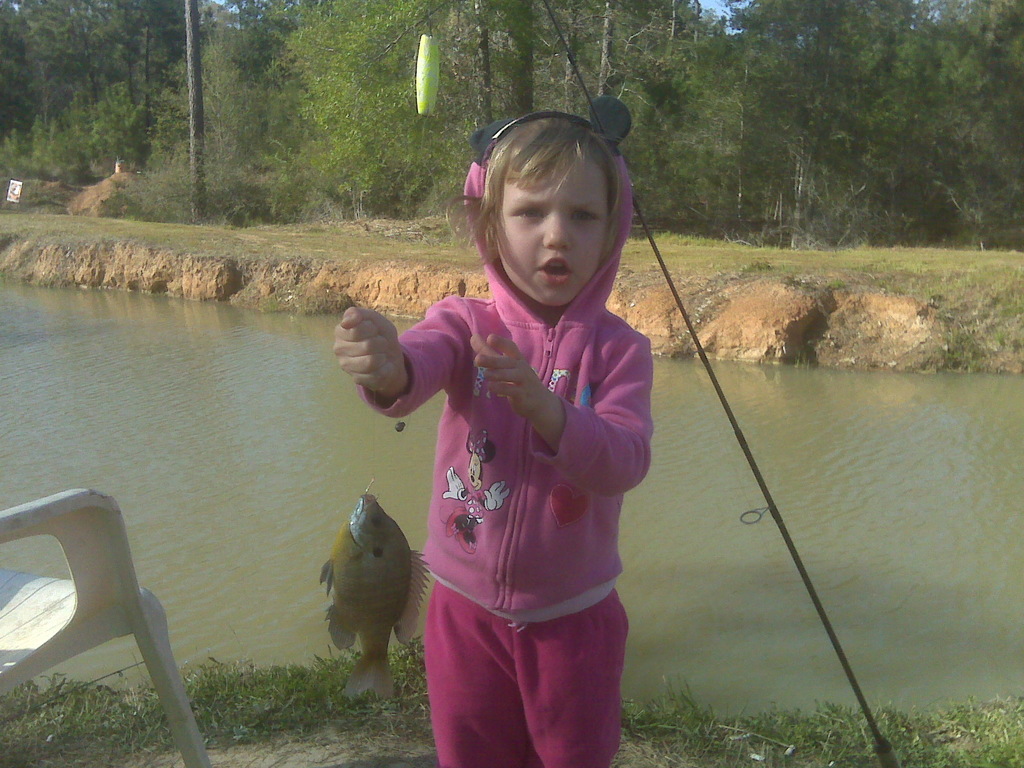 Does anyone fish for shellcrackers at night??? It is way too hot here in the south right now to fish during the day!!! Just wondering if there are any night owls out there?? Thanks!!