hey guys ive been wanting to  get into fly tying but i donst know wat to go after or wat equipment im going to need?loking to macke blugilll trout and bass flys. trying to see if icould macke a couple extra bucks by selling them

me and my boys caught these gills at silver lake ny 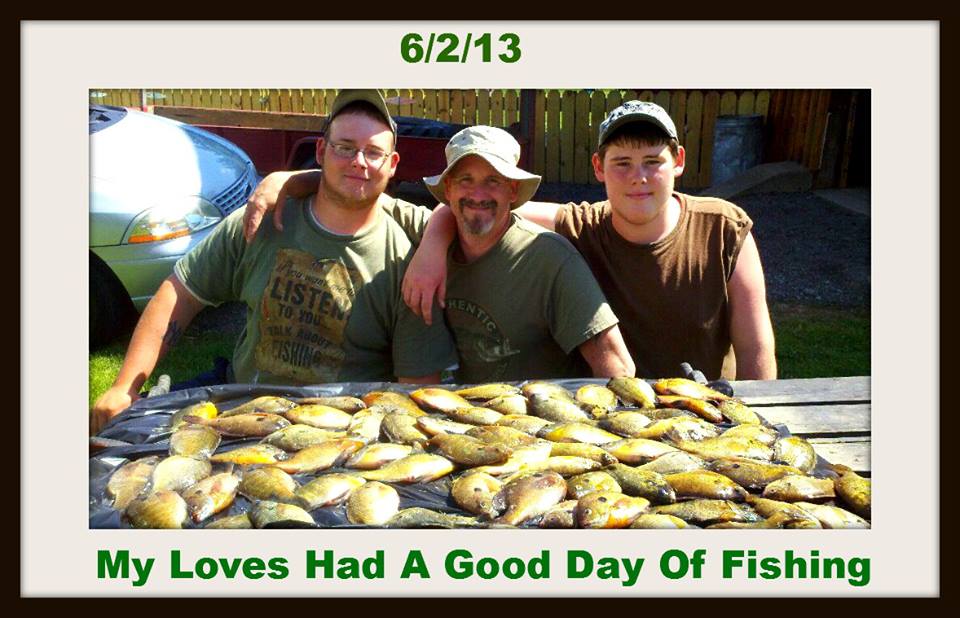 DON'T KNOW if anyone else has noticed this happening or not so here we go.
While I was talking to member Ray Ditzenberger on the phone today we eventually got to the good ole days of summer.
When I was a kid growing up I remember July's and August weather as brutally hot and no wind . Couldn't catch a breeze for anything to cool us down . We'd just go swimming in the local pool to cool off in the dog days of summer. That was the early to mid 60's . He recalls the same thing and I…

I decided on a recent trip that I would look back and reflect on a few of the memories of the 2013 season to date....If you have followed me at all on BBG you know that I traditionally count down to Good Friday as this usually marks the end of Winter and our water temperatures begin their slow crawl toward the 60s as we wait impatiently for our beloved Coppernose gills to become active..........Within 75 miles of my residence I have 12 river systems and over 50 creeks that regularly produce…

im not to good at this computer stuff . hope you see this  louisville is in northeast ohio about 15 miles east of canton 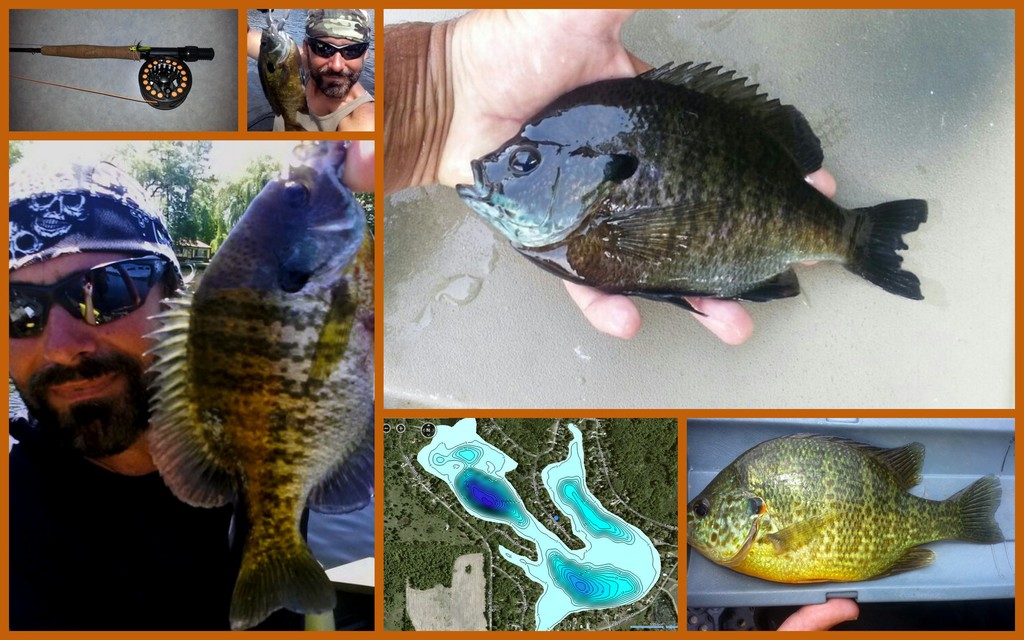 After doing a little research on lakes within a twenty mile radius of my location, on the DNR Master Angler website and a call to the local DNR office I was motivated and directed to focus for the Master Angler Bluegill from this lake. My experiences previously on this lake are considerable boat traffic from pleasure as well as a lot of…

FLY ROD LESSON ONE: Know When To Say When

I made a blog post earlier today about Life, Lessons and the Perspective of Big. I also got another more practical lesson on the fly rod while I was at it.

The selected spot for todays Angling Adventure was one of my favorites, an intimate place I know very well. Most of the time I have it to myself and today was no different. However, I was pretty a sure a fly rod would be a tough thing to manage there. As it turns out I was right.

I've never been real good at…

I have been doing a lot of experimenting with the grass shrimp and jig fly patterns for gills, crappies and more. Here are a few of the innovations I have come up with... 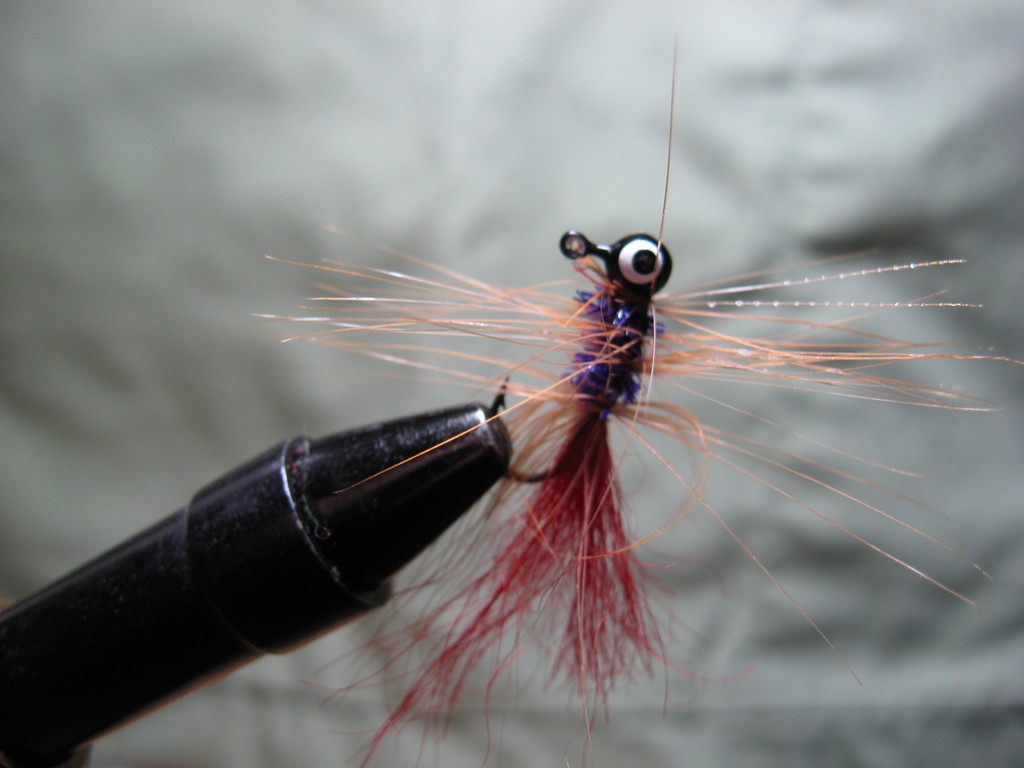 This is a 'hackle-jig' pattern of red crafthair for the tail, purple chennel for the body with a brown hackle wrap. The jighead is a 1/64th oz Jerry's Flies pre-painted ball head jig. Hope to test…

Finally have seen the sun after all the rain we have had in the last week.  My oldest son and I decided that we should go fishing this morning, so we loaded up and launched our kayaks at dawn.  Water level at our favorite lake was still about 5ft above normal but we were confident that we could still find some gills.  Caught a few on top water around flooded structure but went with a bead eye dragon fly nymph to connect with the bigger ones…

went out with my boss and my daughter on father's day weekend and caught a 9" gill in oakland county on cedar island lake. my daughter wanted to take a pic of the fish in my hand because of the beautiful color. had a lot of turquoise coloring. luckily i talked his daughter into fishing a little longer and i caught the 9" gill.… 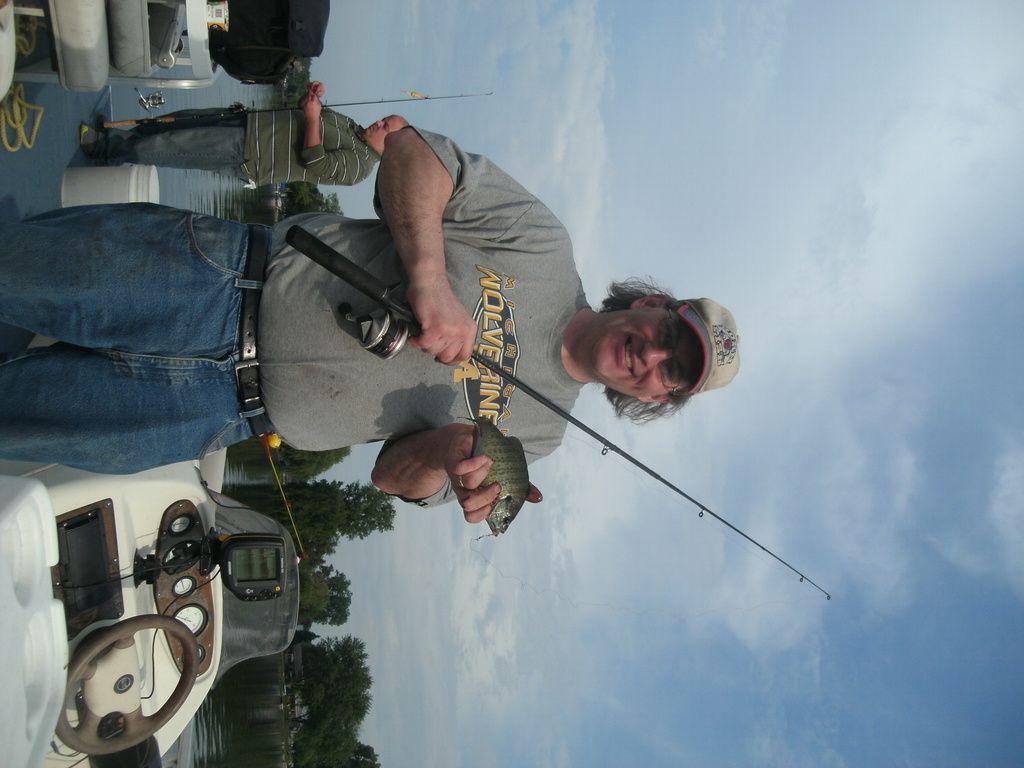 tye your own or by them?

i also want to know wat's more substantially cheaper. to either tie my own  flies or buy them at the store?

can anyone help me out on picking an nice in expensive combo and some fly's so that i could get started on fly fishing. looking to catch some nice gills and the occasional rainbow trout. can any one here give some good advise on picking out a nice cheap spinning combo for caching nice quality gills?

"Got two of these that day .Yes great colors and fighters too !"
Jul 17