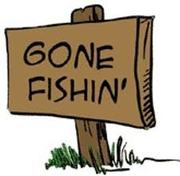 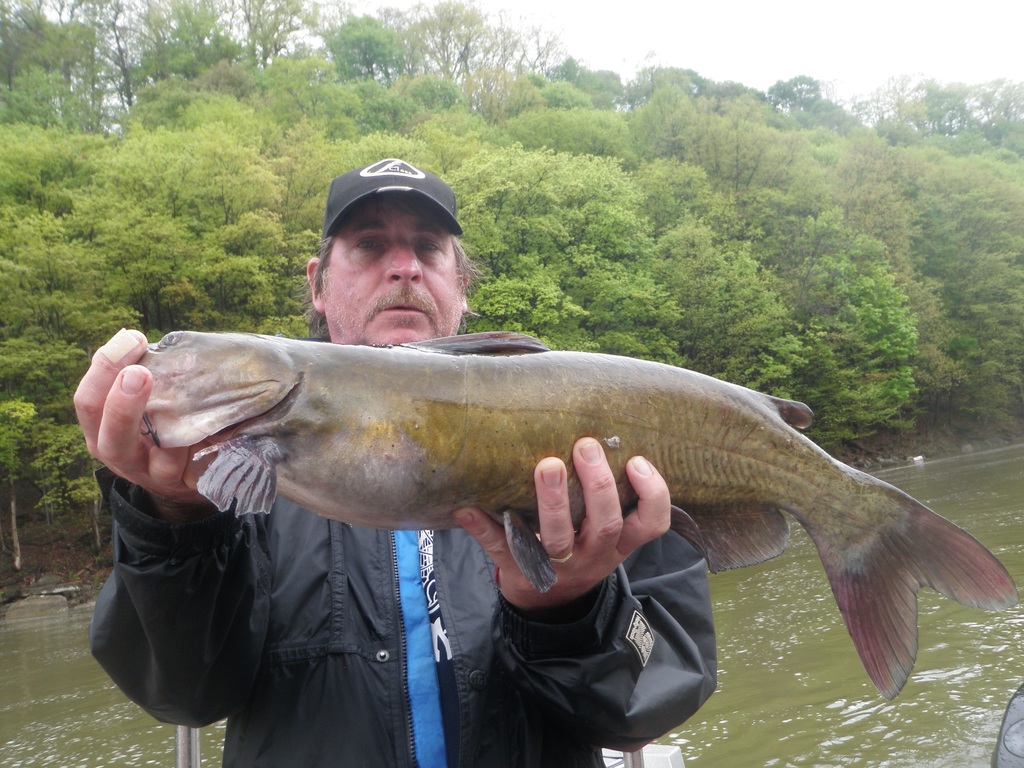 Finally been getting some rain upstream of my location, and there's water moving in my river.  Keystone Dam has been generating A LOT lately, so this morning, I went up there to give it a go.  Landed one, had a few bites with no hookups, and hooked and lost "something" when it got tangled up in the rocks on bottom. 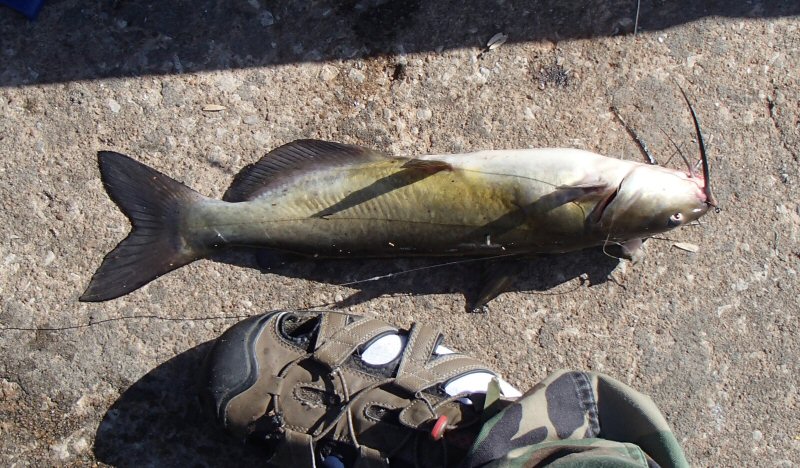 just mixed up my chicken liver dough bait  and now the smell won't get out of the blender.my wife is going to beat me stupid lol

wish me luck iam going to do some cat and carp fishing .temps 15-20 deg and snow oh yea

Welcome to the group Dusty!

Thanks John.  I still consider myself to be "learning".  You can never learn enough!

It was kind of interesting, as one of my friends showed up.  He's a fishing guide for Stripers and Hybrid Striped Bass.  He and his wife are camping at a State Park a few miles away.  His boat is in the shop right now, so he's having to relearn the whole "bank-fishing" thing.  I ended up showing him where the fish are, how to catch them, and even let him borrow some gear, as he didn't have his "stash" with him.  I also helped fill his stringer.

The Corps. Of Engineers has 38,000 cfs going through the dam right now.  There are Shad and Ghost Minnows by the THOUSANDS in the water up on the sidewalk, up against the wall, and in the eddy up to the current seam.  As a result, bait was easily caught with one throw of my cast net.  So much bait, in fact, that I ended up opening my net and let most of them go, then dumped what was left into my little bait cooler, of which only half made it in.  That still left me with enough bait for hours of fishing.

I was armed with a 12’ surf rod, a large Styrofoam slipfloat, and a 25 lbs test leader with 2 oz weight and a 5/0 circle hook on a dropper loop.  I originally had my rig set to hang the bait about 4’ below the surface, but that was just at the bottom of the bait ball, and small fiddler cats.  I reset to hang the bait about 6’ down.  That proved to be ideal.  I wasn’t getting a lot of bites, but the ones I was getting were all decent fish!

I ended up catching 3 Blues and 5 Channels.  Two of the Channels were small fiddlers, and one of those was a snag.  Some other folks were snagging just as many fish as they were legitimately hooking, which is a good indication of just how thickly the Cats were stacked up below the bait ball.  I also caught a Drum, no big surprise there.

Kelly Peterson commented on Kelly Peterson's status
"Stopped at the Edisto today, River was way out of its banks, plus it was raining pretty hard. Oh…"
Wednesday

"I miss the Perch bite! Seems its been quite awhile!"
Tuesday

"Thanks again John.....although we reached 50 we might have trouble remaining there as we are now…"
Tuesday

"Above 50 ! I got a ways to go around here for that to happen . Good job Jeffrey!"
Tuesday

"Thanks John.....The Yellow Perch spawn is in full swing in coastal North Carolina with every male…"
Tuesday

"Ah ,i need me some of those Great Fish Jeffrey!"
Tuesday

John Sheehan left a comment for jim cosgrove
"Wish we had those beautiful Longears here in NJ Jim. You catch them in Illinois or do you have to…"
Tuesday

"Always like hearing from Mark ,you too Jim !"
Tuesday